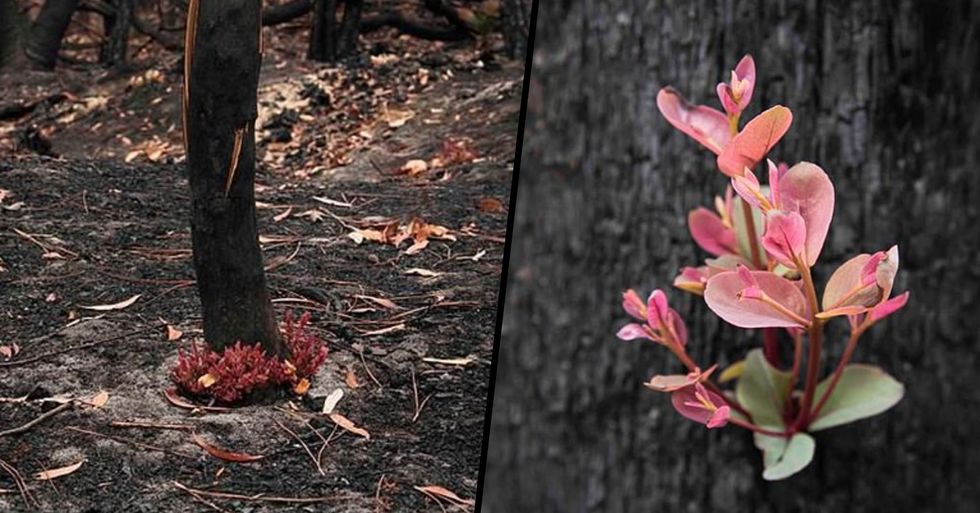 There are so many photos surfacing that capture the true devastation of the bushfires, but the most recent have been offering people a glimmer of much-needed hope.

This sense of hopelessness is just too sad.

"This is a picture of my Dad getting 5 mins sleep on our front lawn, while my brother keeps watch over the fire burning at the top of our farm after he finished his 10th 12 hr+ day in a row fighting voluntarily in the community with the RFS NSW."

It's hard to believe that this is real life.

"After logging 776 hours of firefighting in the last ten weeks. No end in sight. New fires keep starting. Another four months of the fire season. Trucks literally being worked to death 24/7. Equipment breakages. Crew injuries. Fresh untrained crew needing guidance. Logistic nightmares. Missed meals. Etc. I finally have 48 hours where I'm not permitted on a fireground. It's bliss. My body isn't coping with the comedown though. Headache, nausea, shakes."

"No filters. Australia is red from wildfires."

"Hell opens up in Australia. Thoughts go out to our brave firefighters."

We can't imagine a scarier sight.

That glow is eerily bright.

"Do you see this? This is our world. 4000 people are currently sheltering from the devastating fires in Australia on a beach."

10. Fighting until the end.

This picture really depicts how exhausting the firefighting is.

An 11-year-old child steering a powerboat.

The city is almost completed encased in a layer of smoke.

"Over 1000 people forced onto a beach by out of control fires. They are surrounded with no escape except to swim."

It's incredible that people continue to fight in the face of seemingly impossible odds.

The beach remains the last place to go for some. Want to learn more about these bushfires? Scroll on for the story of one hero amidst the tragedy.

A photographer captured the regrowth of some of the Australian bush that had been ravished by the fires. "This is so tender and beautiful."

"With all that is lost in nature, there is hope of life again." For more on a heroic story emerging from the bushfires, keep scrolling.