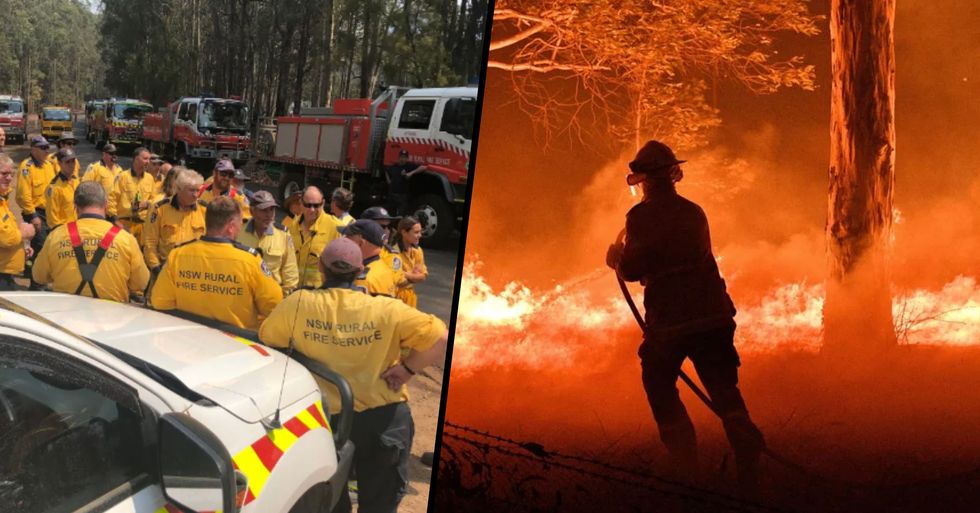 Keep scrolling to see the reactions of the Australian fire crews when the Canadian team arrives to help...

And its only set to get worse, and the statistic that was released this week was heartbreaking.

The Canadian presence in Australia is still strong...

And Canada has continuously sent help since the country made the desperate call for help.

Another team of Canadian firefighters and wildfire specialists arrived in Sydney this week.

They all endured a sixteen-hour flight and it's safe to say that they were feeling pretty exhausted.

But when the plane arrived at Sydney Airport...

The firefighters were greeted by cheers from locals.

The fire specialists from Canada have never seen anything like this before...

"It's something we really have to wrap our heads around," says Alberta's Morgan Kehr, the senior representative of the Canadian Interagency Forest Fire Centre "We have seen extreme fire behavior in Canada. But not over the geographic area we are dealing with here. Or with the frequency."

Australia needs all the help it can get...

And let's just hope that all of the hard work and efforts of these amazing volunteers will eventually start to pay off.