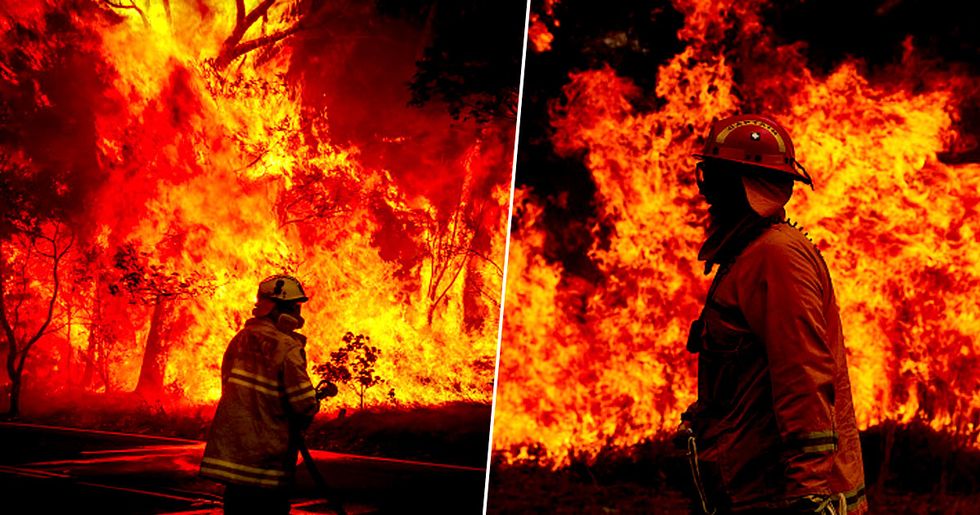 The legendary Australian family, The Irwins, have been doing their bit to save as many animals from the fires as possible and and even P!nk got involved, donating $500,000 to firefighters.

However the latest news is that one Australian suburb is currently the hottest place on the planet as a result of the devastating fires.

The bushfires are generating so much heat.

Let’s talk about what’s happening in Australia, which is suffering its worst bushfire season in history. ▪︎ Half a… https://t.co/RkXLBCbYqb
— Tomthunkit™ (@Tomthunkit™)1578157314.0

The bushfires have got so far out of control that they are creating an unbelievable amount of heat as well as masses of devastation.

They're changing the weather.

As a result of the unfathomable heat, the fires are creating their own storms and authorities are warning that wind conditions are causing some of the biggest fires to emerge.

There are fire tornadoes.

Terrifyingly, there have been reports of fire tornadoes and dry lightning which are creating even more fires. Temperatures today have risen to 45C (113F) in Sydney and 44C (111F) in Canberra.

One place is the hottest on Earth.

Penrith (in Western Sydney, NSW) has today reached a record temperature and is currently the hottest place on Earth… https://t.co/2qcKRjYCGY
— Alessandra (@Alessandra)1578117282.0

Unfortunately firefighters have said that in some areas there is quite literally nothing they can do to defend the areas. This is truly catastrophic.