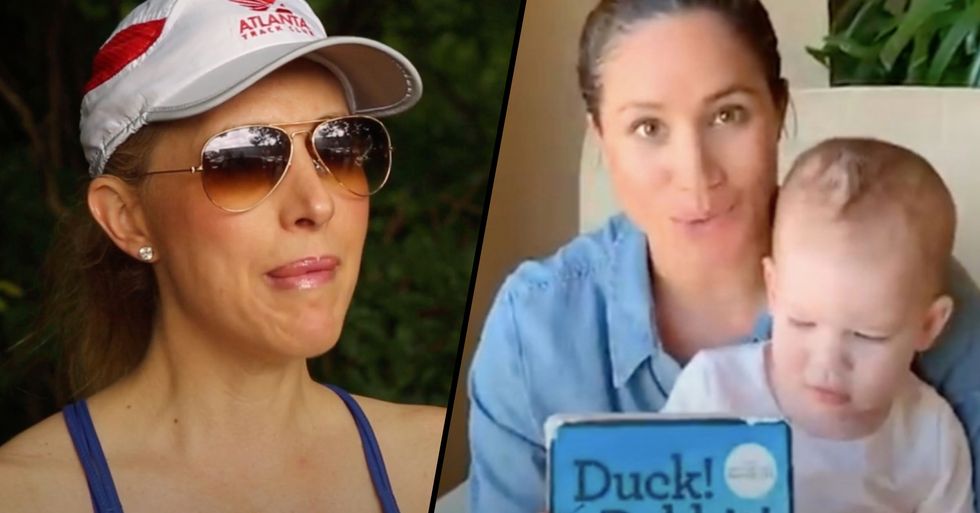 Baby Archie celebrated his first birthday in style this week, and although he might have received well-wishes from his family, the public doesn't seem too eager to jump on board. In fact, some Twitter users expressed their disdain for the "ex-Duchess" by shaming Meghan for her latest video with baby Archie, and the comments are sickening.

But author Emily Griffin decided she was going to take things to a whole other level and completely destroy Markle online in a very disturbing rant.

Emily Griffin has really got herself into some trouble here.

Even after everything Meghan and Harry have been through, this author decided to use her public platform to say the most disturbing things about them... No wonder people are so outraged.

Meghan and Harry have already had a pretty tough year.

Because they announced that they will be officially stepping down as senior members of the royal family and even then, people like Emily Griffin still have a problem with her.

What many people have failed to take into consideration...

Author Emily Griffin decided to take the criticism to a whole other level.

Plastered across her Instagram account, she decided she was going to savage Meghan while at the same time commending Archie and Harry... This is the most confusing clash of ideas ever.

Her words were beyond harsh...

It started off with an Instagram story that said "Happy Birthday Archie. Go away, Megan."

“Holy ‘me first.’ This is the Megan show. Why didn’t she film and let Harry read? And why didn’t she take the moment at the end to say ‘he said daddy!’ Because that would make it about Harry for a split second, God forbid," she wrote.

She, herself, then pulled out a few more receipts...

In this text conversation, she described Meghan as so "unmaternal." Is she for real?

And check out the way she talks about the other royals compared:

And if things couldn't get worse...

She also later posted this onto her Instagram explaining her feelings further. She writes: "To be clear, I absolutely loved that a biracial, American woman was marrying into the Royal Family. It seemed a wonderful, happy thing for everyone. I celebrated their wedding by hosting a gathering here at my home and posting many, many photos. Further, I was appalled by any signs of racism against her."

"Over recent months my feelings about BOTH Harry and Meghan changed. But I can say from the bottom of my heart that my criticism of Meghan has never had anything to do with race. Further, I understood why she wanted to leave the monarchy and carve out her own path. I do, however, find fault with the way BOTH she and Harry handled things, and those feelings bled over in later posts, including the ones today."

And this is how it all ended:

"I can see how some of my posts may have felt mean-spirited, and could be construed as having racial undertones. It was not my intent, but I understand that intent and impact are two very different things. And I am truly sorry for that negative impact."

But no one was having any of it...

The "racist" accusations poured in.

Even though she tried to deny it, people continued to tweet their outrage at the disgusting comments.

If you can't take the heat, you should have never exposed yourself like that, Griffin.

People have even started tweeting other major companies she's worked with and asking them to drop her.

A woman filled with such hate should not be allowed to work with charities. It's ironic that she's part of Macmillan USA.

The outrage was so bad, she was forced to make all her social media accounts private.

Well, that's what happens when you're a terrible human being. There's no point trying to back-track now...

Let's forget about Emily Griffin and re-watch this beautiful video:

We love it so much! If you want to know about where Meghan's been spotted recently, keep scrolling...