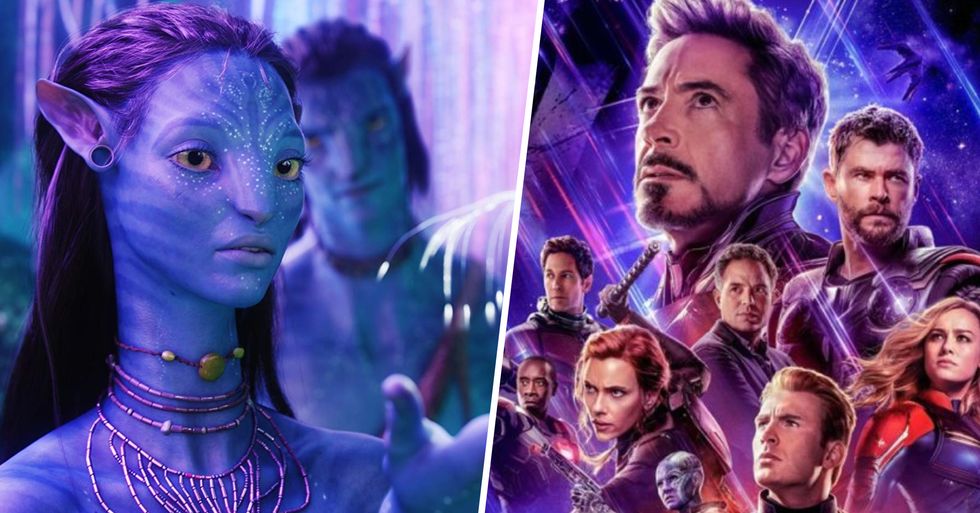 It's been over a decade since James Cameron's groundbreaking sci-fi spectacle hit screens and completely changed the game for cinema.  But, there's been a major downside - ever since Avatar's profound success, fans have been left in the lurch when it comes to a long-awaited sequel.

But finally, after a fair few delays, it looks like some major progress has been made and it's shaping up to be even better than the first film.

One Avatar star thinks it will beat Avengers: Endgame as the highest-grossing box office film ever!

James Cameron's sci-fi epic has long been hailed as having some of the most groundbreaking visual effects of its time - dubbed as the breakthrough in cinematic technology.

And it's hard to disagree...

The visuals stunned viewers and left many of us unable to stop watching.

As you'd expect, a lot of money was poured into production.

The movie was officially budgeted at $237 million, though other estimates put the cost between an eye-watering $280 million and $310 million for production.

But there's no denying they got their value for money...

Audiences were captivated by the world of Pandora, and its success was reflected in its record-breaking figures which saw the movie rake in a staggering $2.79 billion in revenue at the box office.

In fact, it was crowned the highest-grossing movie of all time.

Until it lost its title to Avengers: Endgame, that is.

Avatar has proven to be nothing less than a cultural phenomenon, and people quickly demanded more.

So, as you'd imagine from anything that brought in the big bucks, a sequel was very quicky put onto the table.

It's been ten long years...

And we're yet to see any sign of a sequel hitting theaters.

And people have been getting impatient...

Can you blame them? After all, it's been over a decade since we visited the captivating world of Pandora.

There have been several teasers and promises...

But on the whole, news seemed to have been fairly quiet, and details kept under wraps - begging the question whether the long-awaited sequel was even happening any more.

Finally, in recent weeks we've been treated to some insight into what is in the works for the franchise. Just wait until you see the newly released concept art. It looks insane...

And it's shaping up to be very exciting...

The first bit of huge news is that we aren't looking forward to just 1 sequel of the smash-hit movie, but 4. Yes, that's right. 4 sequels have been announced, meaning the franchise could run until 2027.

But the highly-anticipated movie fell victim to several delays, meaning the movie's release date was repeatedly pushed back.

Cameron previously said he's always planned for us to be reimmersed into the realm of Pandora.

But the process had taken much longer than first anticipated.

In fact, Cameron has been worried that people won't even care...

"The thing that scared me most about making Avatar 2 and Avatar 3 was that the market might have shifted so much that it simply was no longer possible to get people that excited about going and sitting in a dark room with a bunch of strangers to watch something," he told Deadline.

Production on Avatar 2 began in summer 2017, and since we've finally had some clarity on when we can expect it to land in theaters - keep scrolling for the official release date.

The movie is said to take place 8 years after the events of the original.

While Cameron has remained fairly tight-lipped on details of the plot for the upcoming movie, he did reveal in an interview with Empire, that a marital dispute between protagonists Jake (Sam Worthington) and Neytiri (Zoe Saldana), is filmed from the perspective of their 8-year-old daughter.
"There's a three-page argument scene between Jake and Neytiri, a marital dispute, very, very critical to the storyline," he explained. "I wound up shooting it all from the point of view of the 8-year-old hiding under the structure and peeking in." So it doesn't take much to figure out the rough timeline for the new movie.

A snap of a "massive mothership that carries an array of other sea-going craft in the sequels" was shared on the official Avatar Twitter in November 2019.

And with it, they also revealed some very exciting news...

Filming for Avatar 2 has officially wrapped up.
"It's our last day of live-action filming in 2019, and we're celebrating with a sneak peek."

We've been treated to even more behind-the-scenes snaps.

This is very reassuring as, after getting bogged down with so many hold ups and delays, it confirms work is well and truly underway.

A newly released first look at the movie's concept art has been soliciting some strong reactions online.

The movie's official twitter page posted them along with the caption: "In the #Avatar sequels, you won’t just return to Pandora — you’ll explore new parts of the world."

The image appears to depict Jake and Neytiri overlooking the Kingdom.

Next up we have this one:

The images are giving us some much needed insight into what to expect.

The movie is shaping up to be incredible.

Some are even going as far as to say the concept art looks better than the first film.

We'll be exploring worlds beyond Pandora.

However, James Cameron is clearly concerned about the reception.

But despite his concerns regarding people's interest in the sequels, he still believes it will beat Avengers: Endgame in terms of money.

He believes without a doubt that Avatar 2 will be a huge success when it comes out next December.

Fans can expect to see him as Colonel Quaritch in all 4 films.

When he was asked in an interview if the film had the potential to beat the global box office record he didn't hesitate in replying: "I expect so." Blunt and to the point, I like it.

As it stands, Endgame is the highest-grossing film.

Making an incredible $2.8 billion at the box office.

Avatar 2 has been almost a decade in the making.

The Titanic director explained why the films have taken so long to come to fruition, saying: "We're doing it. It's never been done before and it's very tricky because our motion capture system, like most motion capture systems, is what they call optical base, meaning that it uses markers that are photographed with hundreds of cameras."

"The problem with water is not the underwater part, but the interface between the air and the water, which forms a moving mirror. That moving mirror reflects all the dots and markers, and it creates a bunch of false markers. It's a little bit like a fighter plane dumping a bunch of chaff to confuse the radar system of a missile. It creates thousands of false targets, so we've had to figure out how to get around that problem, which we did."

It seems impossible to create.

Cameron added: "Basically, whenever you add water to any problem, it just gets ten times harder. So, we've thrown a lot of horsepower, innovation, imagination, and new technology at the problem, and it's taken us about a year and a half now to work out how we're going to do it."

It's definitely worth it.

Busy on set, so no time to hang around but just dropping in to share the news — Sivako! @OfficialAvatar https://t.co/KpCzxmBPMd
— James Cameron (@James Cameron)1557248692.0

Sam Worthington, Zoe Saldana, and Sigourney Weaver will be returning to the sequels, as well as new cast members Kate Winslet, Vin Diesel, Jermaine Clement, Michelle Yeoh, and Edie Falco. With that star-studded cast, I can't wait for next December to roll around, that is, if it doesn't get pushed back again.

In the meantime, keep scrolling to check out everything coming to Netflix this month. So many of our favorite shows are returning...