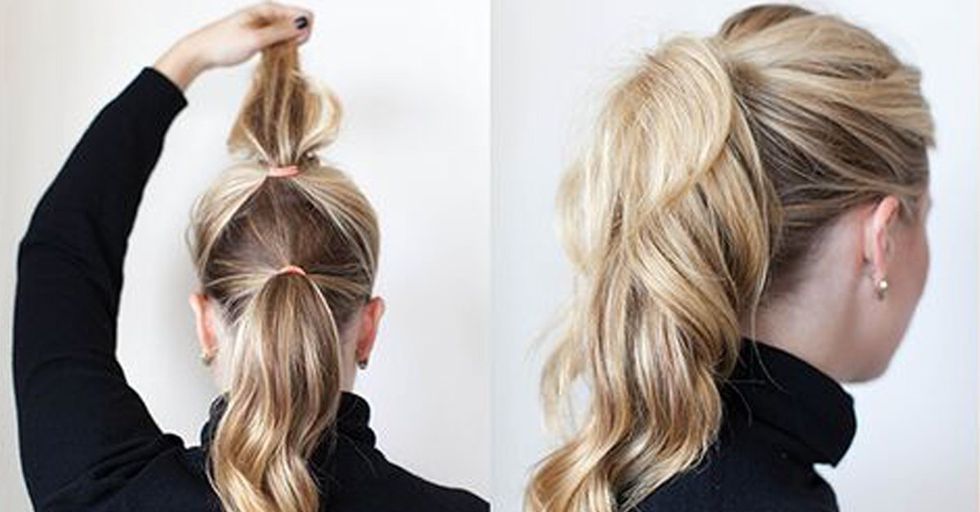 15 Cute and Easy Hairstyles Anyone With Long Hair Will Love

Mornings can be a hectic time. Heck, so can afternoons and evenings. If you have longer hair, it’s often tempting to just throw it back in a ponytail and call it good.

But why go that route when you can spend five quick minutes and up your game a little bit with a simple style anyone can pull off?

Exactly. Now you have no excuse.

The Side Braid Pony

Make it a braid day even when you’re wearing a ponytail by subbing your hair tie with a braid wrap.

It's as simple as tying your pony into a basic knot and securing it with an elastic.

Via: The Beauty Department

A ponytail, a braid, an elastic, and some bobby pins are all that you need for this one.

You start with your basic ponytail but then divide it into two sections, twist one section, and wrap around the other section to create this casual twisted ponytail.

Four quick steps pump up an average ponytail into a fuller, longer-looking version.

Via: Hairstyle How To

Even if you have medium length hair, this can still be easily done.

In just five easy steps, you can add a pretty twist on the basic ponytail style.

A couple twists, a couple bobby pins, and you’re done.

Begin with a skinny French braid, take a skinny section of hair from the heavy side of the part and add it into the braid, repeat with a couple more strands, and you’re done!

Use What You Have

Incorporate a headscarf as the third chuck of hair to add color to your basic braid.

Via: How Does She

Start with a ponytail. Save a small side of your hair for a braid that will go just around that ponytail. You’re done.

As the full tutorial shows, it's as easy as six quick steps to add a simple and simply elegant twist to a basic side ponytail.

Via: A Beautiful Mess

Start with a ponytail, and create a small braid to leave out of the bigger braid you will create. Wrap the small braid around the top elastic and secure it with a pin before braiding the rest of the ponytail. Voila!

See? Simple ways to pony up...and up your ponytail game.