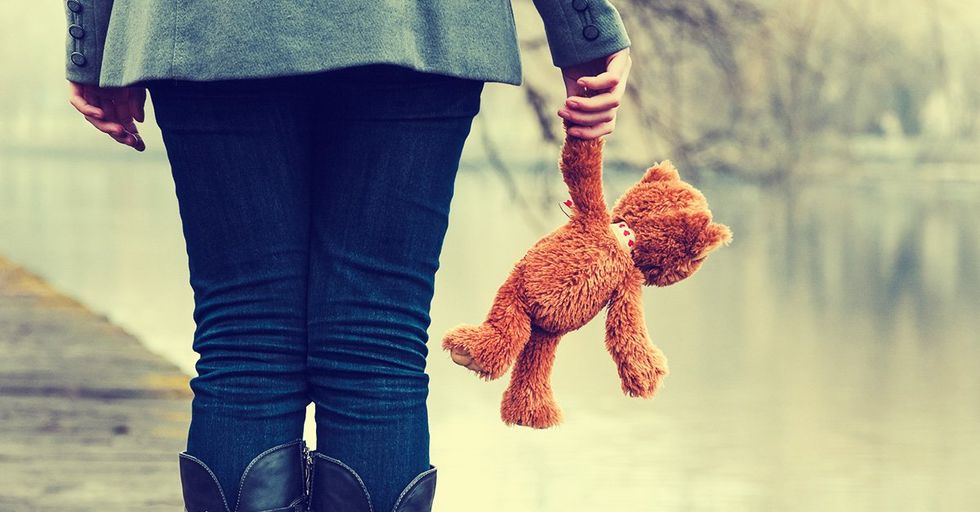 35 AWESOME Childhood Toys You Wish That You Still Had

It doesn't matter how old you are — you still remember those toys that you absolutely had to have when you were younger. Maybe it was something simple like another pack of the twisted Garbage Pail Kids cards or the elaborate elegance of the bright pink Barbie Glamour Home.

Whatever it was, it was the thing that got you up in the morning, knowing you could play with it and show it off to your friends. Well, that and the fact your mom was yelling at you to get up, but whatever. Get your play on!

There was just something about turning these guys into their ball shape and then out of the ball and then into the ball...we were easily entertained.

via: Focus on the Little Things

Everyone had one (and never admitted they liked the addictive synthetic smell) and you were super cool if one of the plastic things wasn’t cut and you could wear it like a ring and bounce it up and down.

Now here’s something that is so ugly it’s cute. OK. Nope. Not cute. Creepy. Yet there was something about that hair that just always drew you in...

Aside from the fact that you could play your favorite tapes — yes, cassette tapes — you could also record yourself with this and play it back. Rad!

What can I say? It was a talking bear that basically had a boom box in its stomach.

Speaking of bears, these were one of those things you had to have in your extensive stuffed animal collection. Plus, you could read the books and watch the show if you were really hardcore.

These were the badass version of trading cards. Gross. A little horrifying. But the cards were also stickers and they came with a stick of stale gum! Gum, people!

via: The Old Robots

Because you knew you would never have Rosie from The Jetsons around, this was the second best thing.

Boy or girl, you know you went speeding up and down the sidewalks on these things, occasionally hitting a crack and going off-road to rack up some knees full of grass stains.

Where do babies come from? The cabbage patch, of course. And when they arrived, you could frame the birth certificate and send out announcements.

Aside from the fact it kind of resembled the color scheme of most ‘80s kitchens, you could also make tons of fake food without ever having to do the dishes as your chore.

Dude. What is there to say? They were heroes in a half shell who loved pizza. Cowabunga!

In theory, you thought getting one of these bad boys would mean you could make giant, sugar-laden slushies any time you wanted. In reality, you got crushed ice with sickeningly sweet syrup about once before you lost interest.

Barbie was a given. But where did she live? If you were fancy, it was in this pink house complete with wicker furniture. Wicker! And, if you were like me, you re-papered the walls with samples from the store and put lights up there at Christmas. No? Let’s move on.

He-Man and the Masters of the Universe was the biggest and most successful toy line of the 1980s, so of course you had these action figures. They were not dolls, people. Action figures!

Before the reboots decades later, there were these original toys that inspired a number of tie-ins including the classic animated series and comic books. But mostly they were just cool because they transformed into things like a badass plastic Popple.

Admit it. You ogled the dudes on the cards and then practiced the prank calls you would make to your crushes from a landline dragged into your room so your mom couldn’t hear.

This was such a simple but often frustrating pleasure, much like fishing itself minus the whole “putting a worm on a hook and ending the life of an innocent swimmer" thing. And, much like fishing, you often ended up tangling your life and losing the fish.

This was the game all the cool girls had, me not included. It talked, announced sales, and let you use credit cards. Now that I think about it, this might be responsible for America’s credit card debt.

I guess it was a way for parents to trick us into learning by thinking of it as a game, but hey! It had a talking-robot-voice feature, so noise was always a winner.

Before kids were glued to screens a majority of the day, there was this revolutionary game that let you play classic games like Super Mario Bros., Metroid, and Tetris. Just remember to blow into the cartridge if things weren’t working right.

Jem and the Holograms

Don’t let the recent movie version that bombed fog up your memory on how cool this doll was. Along with Barbie and the Rockers, she let you put on concerts because she came with the a cassette tape with songs from the TV show. Score!

When your sister’s Barbie dolls threatened to take over the world, GI Joe — an action figure, not a doll — could swoop in and regulate the situation.

Can I have a pony? Sure, but it’s not going to be a real horse. It’s going to be a magical pony in every color combination imaginable! Slightly addictive plasticky scent also included.

The most fascinating and frustrating game that often had you tipping it sideways, upside down, against a wall just trying to get those damn rings through the water and onto those pegs.

You stuck a round card of tiny slides into the View-Master., looked through it, and you saw a picture. Then you clicked the lever again and you saw — get this — another picture.

The name isn’t that creative, but it sounds better than, “Weird plastic things that got dirty really easily and just kind of kept appearing out of nowhere so you just stuck them on your fingers and had monster wars."

These were awesome because you could just twist knobs and design things, except when you couldn’t quite get a line to be straight (or curved) or your sibling would grab it, shake it, and erase the whole thing.

The original old school Pollys provided hours of entertainment by just how many 1-inch toys could fit in her case with accessories and go with you anywhere you went. Choking hazards, be damned!

Do these need an explanation? Before there were fancy, expensive kits with directions, there were millions of random pieces that forced you to design everything on your own. Still pretty awesome.

When you thought it was time to outgrow LEGO, you disguised that hobby in the form of K’nex.

Basically a grosser, smooshier version of Silly Putty that kind of smelled and collected crap really easily, but it was from Nickelodeon and pretty darn cool.

These were like early iPads, except they required no batteries. The screens also got easily ruined by sitting or standing on them.