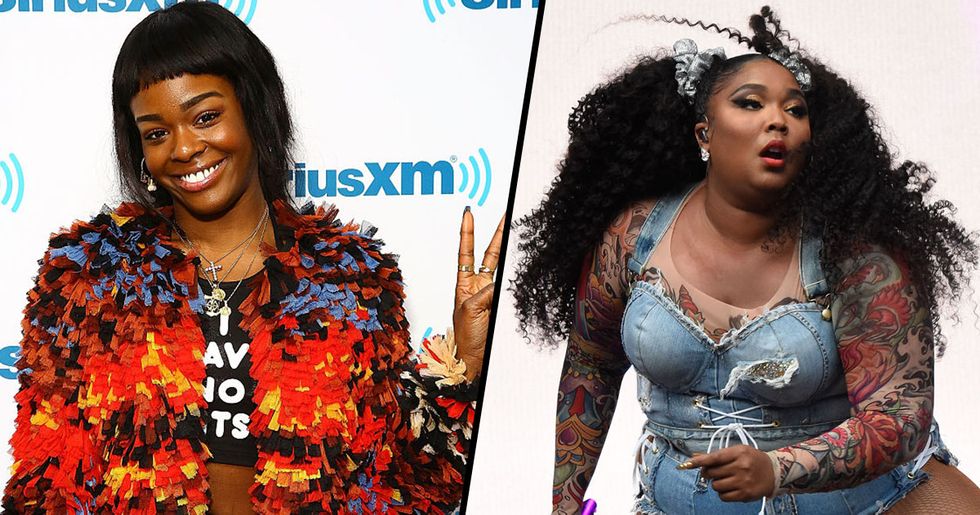 The internet has already been blown away by her sets at the BET Awards and the VMAs. Lizzo was so good, in fact, that she made fans of A-listers like Rihanna and Queen Latifah. Her latest turn at the Philadelphia music festival showed that even Beyonce can't resist her charms.

But not everyone's a Lizzo fan. Rapper, Azealia Banks, took to Instagram this week in a typically incendiary Instagram rant.

This weekend was the Philadelphia Music Festival.

Jay-Z has long been associated with the festival and he made an appearance (and performance) there this weekend.

Lizzo also took to the stage on Sunday - in a typically amazing array of stagewear. Her set included all of her hit songs, including "Juice" and "Good as Hell," plus exceptional dance moves.

Maybe this performance is the start of a beautiful musical collaboration. We would love to see it.

But it seems like there's one star who's not such a Lizzo stan.

No stranger to controversy, rapper, Azealia Banks, took to Instagram this week to criticize the rising star.

Banks rose to fame on MySpace.

But she broke through to the mainstream with her huge hit "212," released in Septemeber 2011. There was a time when you literally couldn't get away from this tune.

Banks has enjoyed some musical success since.

But (unfortunately) that isn't what she's best known for. Nowadays, Banks acts more like a professional troll. Looking for someone to voice an unpopular opinion? Banks will happily do it for you.

But her latest rant may be her most unnecessary yet.

Banks let loose at Lizzo on Instagram. If you're wondering why she chose that medium, it's because she's banned from Twitter - of course.

"I understand the body positivity thing but… imagine what the rest of the world thinks when they see Lizzo jumping around in leotards with cellulite," she wrote.

She claims to be looking out for Lizzo's best interests.

"No one says body positivity - she looks like she is making a fool of her black self for a white American public. Nothing more nothing less."

Lizzo wasn't the only star in Banks's firing line.

She continued, "like illiterate Cardi B, then fat Lizzo. They are really choosing the worst of the black women's crop to advertise America with. Lmao, the fact that the public and the media has been keeping this fat girl joke going for so long is honestly peak boredom."

Screenshots of the rant circulated online.

While the vast majority jumped to Lizzo's defense, some claim that Azealia wasn't trying to criticize her, and was just trying to shine a spotlight on how to media portrays and responds to successful black women. Hmm.

Although others have another suspicion.

Think about it - when was the last time you heard an Azealia Banks song on the radio? Perhaps this attack is just a way for Banks to remain (at least somewhat) in the public eye.

And if you're wondering what Lizzo has said?

Proving that she's on the high ground here, Lizzo hasn't even said anything at all. We have to stan. Want more Lizzo content? Keep scrolling to see her mind-blowing VMAs performance in full. We can't stop watching.