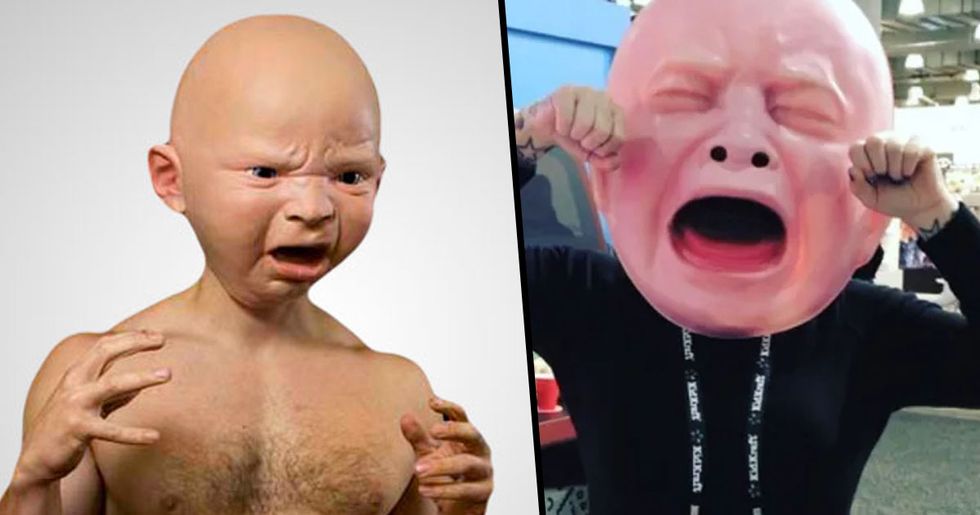 Babies Born with Big Heads Are More Likely to Be Successful, According to Study

When you were a baby, were you bullied for having a big head? Maybe you were dubbed “football head” or “melon head.” Mean, huh?

Well, big-headed people, rejoice! Because you can now embrace your big-headedness (if your neck can carry the weight) – your larger-than-average head is the reason you’re so successful.

Breaking news: Research has discovered that babies born with big heads are brainier, with an increased chance of growing to be educated and wealthy. Cool, right?

The bigger the head, the smarter the baby. Find out more below!

When you were a kid, you more than likely knew someone who had a slightly bigger head than usual.

And in most cases, that was a good excuse for name-calling. That poor big-headed kiddo was called anything from “watermelon brain" and “melonhead" to “fat head" and “Mr. Potato." Kids can be so cruel, right?

… when it comes to establishing how successful a kiddo may be as they grow up, according to a study.

Know someone with a bigger head than yours?

Have a slightly bigger head than your buddies? The tables have now well and truly turned.

Your mom was right (as always) …

Those dorks are all just green-eyed because your amazing potato head is literally crammed with brains.

Apparently, bambinos with big heads are more likely to be smarter.

They’re also more likely to have better futures. At least, that’s what the latest research says.

That advanced intelligence is strongly connected with a head circumference greater than the average of 13.5-14 inches and brain volume.

Biobank is a leading national resource for health research.

Their aim is to improve the prevention, diagnosis, and treatment of a vast array of life-threatening diseases and illnesses.

In the study, more than one-hundred thousand Brits were tested.

The scientists carried out tests on people aged between thirty-seven and seventy-three. They examined their verbal and numerical logic, reaction time, memory and educational skill.

The study was entitled…

"Shared genetic aetiology between cognitive functions and physical and mental health in UK Biobank." Bit of a mouthful, huh? The study showed that higher intelligence is linked to larger head circumference and brain volume.

Bigger heads = bigger brains = better cognitive function. Sound too good to be true? The science is all there to back it up.

So, if you’ve ever been teased about the size of your noggin…

Then don’t sweat. Things just got better… Closer analysis of the results revealed that babies who are born with bigger heads are also much more likely to attain a degree and perform adeptly at verbal-numerical reasoning tests. Verbal-numerical reasoning tests? "What the heck are they?", we hear you cry. They’re essentially a collection of tests created to determine how you cope with numbers, speedily and precisely.

The study was published in the Nature journal, Molecular Psychiatry.

It determined: “Highly significant associations were observed between the cognitive test scores in the UK Biobank sample and many polygenic profile scores, including […] intracranial volume, infant head circumference and childhood cognitive ability." We think that means: The bigger the head, the better the brain. Right?

But what's the average head size for newborn babies?

The size of a kiddo’s head can even predict the probability of his or her starting higher education. Wow.

“Over many years this will build into a powerful resource to help scientists discover why some people develop particular diseases and others do not," they said. Crikey.

The Director of the Centre for Cognitive Ageing and Cognitive Epidemiology (CCACE) at Edinburgh University, Professor Ian Deary, said: “In addition to there being shared genetic influences between cognitive skills and some physical and mental health states, the study also found that cognitive skills share genetic influences with brain size, body shape and educational attainments." In English? The intelligence is directly associated with brain size, together with overall head size in babyhood.

But, how did the guys at Biobank find all of this out, we hear you ask?

Well, the partakers had to provide a concoction of urine, blood and saliva samples for the tests. Nice.

They also gave info about their backgrounds and lifestyle.

This meant that the study could discover seventeen "significant" genes that had an impact on brain function and affected mental and physical health. So, there you go then.

What we do know already, however, is…

That having a humongous head as a kid is nothing to freak out about or be humiliated by.

And, thus, a pretty awesome asset to have.

While we’re on the subject of babies, success and intelligence…

May we take the opportunity to highlight another study? This one confirmed that babies learn faster if their dads engage with them in the first few months of life. The study was carried out by a team at Imperial College London, King’s College London and Oxford University. So, hop to it, dads!

An active male role in the early stages of a bubba’s development generated better performance in cognitive tests by the age of 2.

They alleged that the signs could be evident from as early as 3 months. What?!

Previously, a study had shown the importance of a mom’s effect on a kid’s cognitive development. But…

Now, there’s compelling support for the relationship between dad-baby interactions and development.

It found that dads had a more “stimulating, vigorous" style.

This, in turn, encouraged a kid’s risk-taking and exploration movements to support cognitive development.

But dads who didn’t communicate as much…

… And who showed withdrawn, depressive attitudes in their dad-baby interactions didn’t score so well in the cognitive tests.

The study was published in the Infant Mental Health Journal.

It determined, "It is likely that remote fathers use fewer verbal and nonverbal strategies to communicate with their infants, thereby reducing the infant's social learning experience. "More withdrawn fathers also may provide a less stimulating social environment, which may thus [have an] impact [on] the child's cognitive skills." So, dads. Make sure you have the right attitude to fatherhood, hmmmm?

But back to babies and big heads, if ever you’ve been bullied because of your mammoth-sized head…

Now’s the time to get a "dum, dum" hat and present it to anyone who’s made fun of you.

We just feel sorry for those moms…

Who’ve had to push those gigantic-headed bubbas out their private parts. That’s gotta be tough, huh? Eek.

Embrace it. (Obviously after the birth). Because big heads suggest intelligence, growth and good genes. For all you know, they might be the next Einstein!