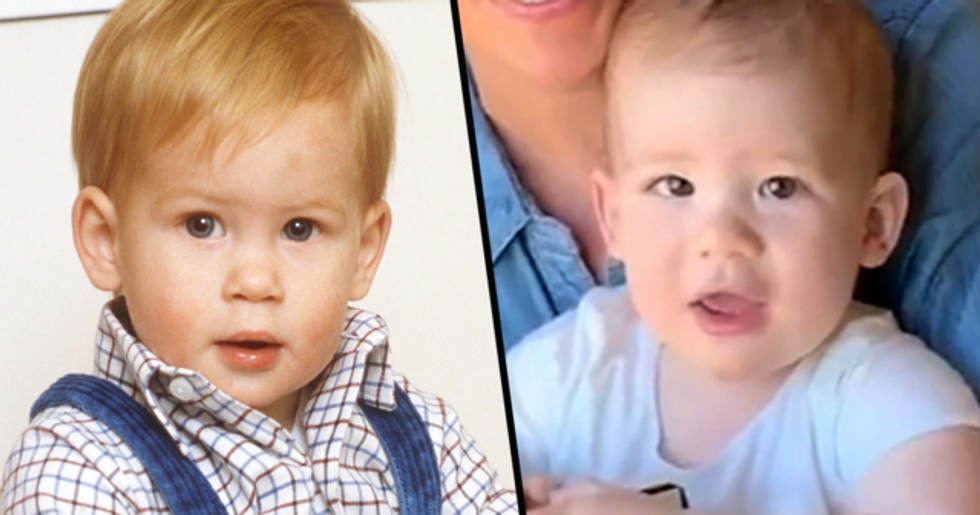 In commemoration of baby Archie's first birthday, Meghan Markle has shared an updated video of the youngster, and everyone is saying the same thing about his appearance...

Meghan and Harry have had a difficult year.

And that includes baby Archie Harrison Mountbatten-Windsor - Yeah, you couldn't make up a more royal-sounding name if you tried.

Which means they are far away from many family members.

In fact, it seems that the 3 are going to be spending the day alone.

But things could be worse - they're spending it in a stunning LA mansion, of course.

The Queen herself was one of the first to offer her well wishes, writing on the official Royal Family Instagram account, "Happy Birthday to Archie Mountbatten-Windsor who is celebrating his 1st birthday today!"

These pictures are too adorable for words. "Wishing Archie a very happy first birthday today!"

Meghan herself shared an adorable video of Archie on his birthday...

Via the Instagram page, Save With Stories, where she could be seen reading a story book with her son.

It is the most adorable video.

But everyone is saying the same thing... Archie truly is the spitting image of Prince Harry.

And his iconic red hair, of course.

Just for a little bit of comparison, here's a photo of Harry as a baby.

That could be Archie's twin brother...

But, regardless of who he looks like, the youngest member of the royal family seems like the happiest baby...

And he has the most amazing mom. Happy birthday, Archie! For more on how Meghan and Harry have been settling in in LA, keep scrolling...