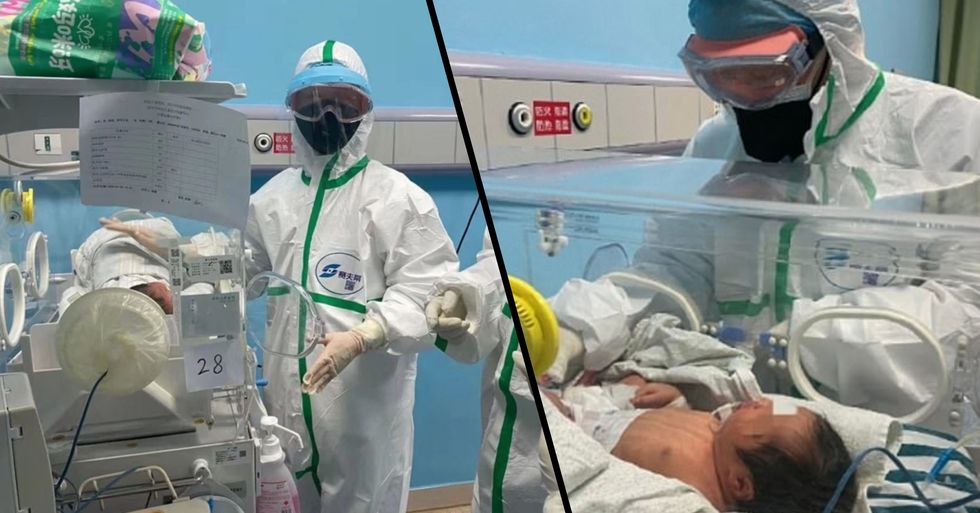 Baby Born to Coronavirus Patient Also Diagnosed With the Disease

But things are only getting worse after the news has emerged that a newborn has been diagnosed with the disease.

Things are steadily getting worse...

And the most recent news is truly harrowing.

It involves a newborn baby...

CBS News has confirmed that a baby born on the 2nd of February in Wuhan has tested positive for the coronavirus.

The baby's mother was already infected before she gave birth...

The baby weighed just over 7 pounds at birth and is now in stable condition and under medical observation, according to Union Hospital, affiliated with Tongji Medical College of Huazhong University of Science and Technology. The infant didn't show any signs of a fever or a cough, but it did experience shortness of breath.

This proves that the virus can be passed from mothers to their unborn children...

According to experts, this may be a case of mother-to-child transmission.

We send our thoughts and prayers to the mother and her new baby...

And we hope they both manage to pull through this devastating crisis.