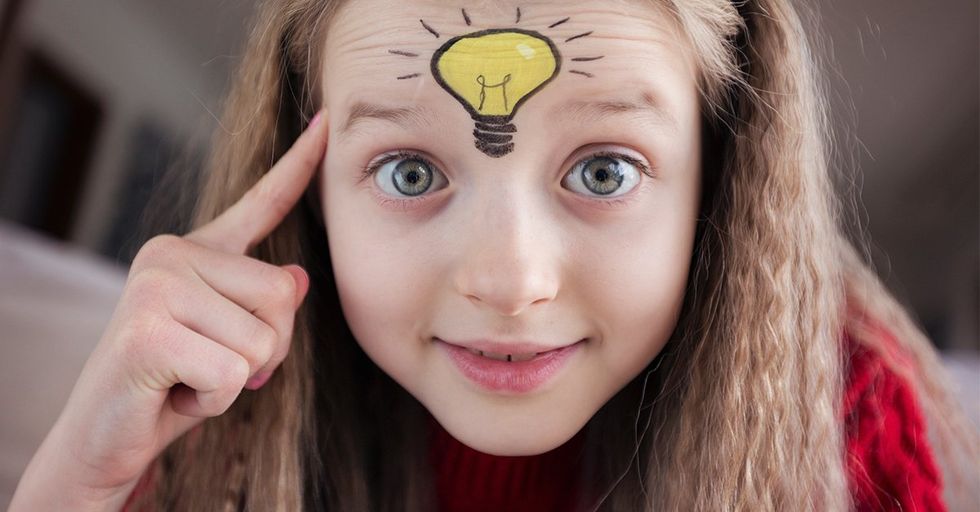 Hilarious Kids Who Are Too Smart for Their Own Good

Some kids just inherently get what it takes to get ahead in the world.

These are those kids.

The baby geniuses who would have looked at the movie Baby Geniuses and been like, "Psh, those kids got nothing on me."

The kids in class who always find the shortcut that even the teacher can't fault them for. These 19 kids are hacking the system, and their parents should be proud.

Wings in the Bath

Give this kid a Nobel Peace Prize. This is how you do it, folks.

I mean, it's hard to argue with that logic. How do you know that he hasn't been whispering for his entire life? That's a foolproof excuse, if you ask me.

Um, this little girl is the best. I want to be her friend. I want her to teach me her badass ways.

This sounds like a solid plan to me. The next one will make you giggle.

Sisters supporting sisters is what it's all about! I hope they gave her that raise.

Look, if you don't share your Skittles, you deserve to get stared at by a demon baby for the entirety of your flight. Have fun trying to watch the in-flight movie now, sucka!

This is cold. But all you have to do is throw these in the freezer. Then they'll be perfect for smoothies!

This is genius. Do you know how many people you could cover if you just gave everyone a few batteries?! You can even use old ones! They don't have to work. It's the joke that counts.

It's always smart to inundate them with your message. Wherever they look, BAM! Ask them for a puppy. One day, they'll give in. The next one is harsh.

You can't argue with that logic, but that kid is cold-hearted. That's a future CEO right there.

Oh my god I love this sassy insult so much. Hilarious.

Calm down with cheese

I firmly believe that almost all arguments could be solved with cheese if only we would let them. I am willing to try this method.

Does she work there? Is someone making this small child work? Where's her mom? This is hilariously weird, and I love it.

What snark! What sass! I think this kid and I are cut from the same cloth. The next one is absolutely infuriating.

A bite of each

As someone who loves pizza, this is just terrible. Smart on the kid's part, but so infuriating for anyone who thought they might have a slice of this pie.

Ummmm, is this some sort of Harry Potter-esque parseltongue situation? Because if so, I need to meet this child immediately.

Three years old?! This kid is a genius. I think that making a pun that early automatically grants the kid membership in MENSA, right? It should.

This kid is going to tell the truth, and he doesn't care who knows it. Share this with a genius kid in your life!