Love It or Hate It, a 'Baby Shark' Show Is Coming to Netflix | 22 Words 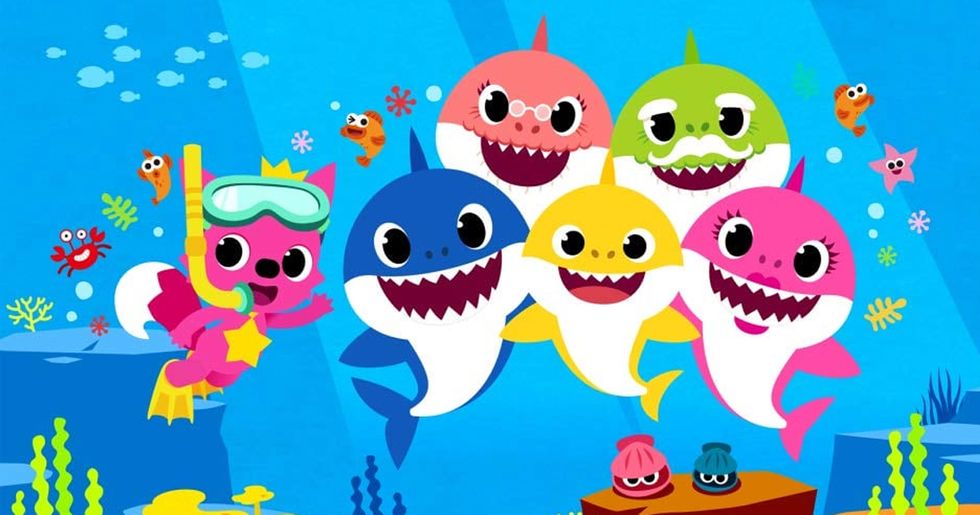 Love It or Hate It, a 'Baby Shark' Show Is Coming to Netflix

Parents may have been feeling a bit too confident about the Baby Shark trend sizzling down because Netflix and the creators of the catchy sing-along have announced that there will be a new Baby Shark show on the streaming service. If you listen very closely, you can hear the exasperated sighs of parents and caregivers all over the world.

Pinkfong, the company behind the dance video, is planning to release short kid-oriented content on Netflix this year. They are also planning to expand on the success of the song with a musical and develop games that work with Alexa and Google Home, according to Bloomberg. Unfortunately, they are not stopping there. They’re also developing content for kids ages 5-8 and new characters, in particular, penguins.

We are officially beyond "Baby Shark" remixes and dance challenges. You're either going to have to live with the fact that you'll never get the song out of your head or start a petition to cancel 2019 before it takes over. Let's take a look at how this craze started and maybe if we band together, we can end it.

The "Baby Shark" song was everywhere this past year. But there are still people that have never heard the song or of its phenomenon. And if you're one of those people, then lucky you. I'm here to break it down for you.

Get ready to have this catchy tune in your head for years to come.

The origins of the "Baby Shark" song goes back a decade starting in Germany. It was then popularized by a video released in November 2015 by PinkFong, an education brand within Korean based startup SmartStudy.

As of today, the video has more than 2.2 billion views on Youtube.

The beginning of the song starts with bars that are reminiscent of the music from the movie 'Jaws.'

Of course, there is a Jaws connection. Mind-blowing!

And if you haven't figured it out yet, the sing-along is about a family of sharks who go hunt a school of fish that escape to safety.

The video features dance moves for each character. Not only is it a sing-along, but it also has a simple routine for the entire family. This is probably the secret sauce for the popularity of "Baby Shark."

What's really wild about the song is that it's a Billboard top 100 hit!

The song hit #32 on the Billboard charts the first week of January 2019. I did not know this but I'm genuinely impressed that a simple nursery rhyme can be on music charts. Apparently, back in 2012 Billboard changed some rules which took into account songs that have high viewership on Youtube. With "Baby Shark" having billions of views, it easily slipped onto the TOP 100 chart.

It's no wonder the creators of the dance video want to capitalize on its popularity. However, not everyone is excited about it, mostly parents.

There's a lot of love/hate surrounding it because it's the song that gets stuck in everyone's head. I'm currently having a hard time focusing on writing this for all of you because all I keep thinking is "doo doo doo doo doo doo..."

The creators of the "Baby Shark" music video looked to popular Korean Pop (K-Pop) styles to influence their video.

Trendy beats, upbeat rhythms, catchy lyrics, and a simple dance routine. That's all it took. And now I'm face-palming because I wish I could think of these things.

Now they're invading our homes with more Baby Shark-like materials. Infiltrating more of our devices like Alexa and Google Home with games, and our streaming services with a Netflix show.

It's moved on to be a real deal money-maker and now we can't stop it.

Stay tuned, or don't, for the next animal character song PinkFong is developing about penguins.

Of course, a viral catchy song like "Baby Shark" wasn't excluded from being the topic of a lot of funny tweets.

It's gotten to the point where if you can't beat 'em, tweet about 'em.

It's that ingrained on our minds.

I forgot to mention that the song has remixes.

When it gets to this point, just back away slowly, don't make eye contact, and let them tire themselves out. We can actually thank "Baby Shark" for that, not much else.

Some of us don't know how to respond without quoting lyrics from Baby Shark.

And then there's this mom who is totally cool with the song.

She's probably the only one, and we're a bit concerned about her to be honest.

The craze is not only hitting parents of young children, it seems.

No one is safe. I heard it playing over the speakers at the supermarket recently.

I'd like extra sauce and something to get this song out of my head, please.

If the song could go away and the ice cream machine at McDonald's to never break down, that would be great.

This will not end well.

I've actually tried this with the Macarena and thinking about it is giving me anxiety. Don't do this, ever.

This sounds frightening but it could work.

It's like they say, revenge is best served with a karaoke machine that only plays "Baby Shark."

My guess is that a lot of us are losing.

To whoever has not lost it while listening to the song that-shall-not-be-named, I salute you. If you have, please join me in a moment of silence for our minds.

Celebrities are really just like us, they can't escape it either.

Cardi B has an almost 1-year-old daughter and apparently, she loves the "Baby Shark" song too.

Cardi B gave us a fashion runway look with Baby Shark playing in the background. That's how much the song has taken over her life.

You know what, if I looked this good after having a baby, I would strut to a children's song too. No shame.

Even before becoming a Billboard hit, the song went full-on Hollywood when Kylie Jenner posted a picture with some of the lyrics in her caption.

If this is what mama shark looks like to her, then I'm definitely grandma shark.

TODAY show host Hoda Kotb also got in on the craze.

Hoda is a mother of her own, so that makes her a Mama shark, too!

I feel a bit comforted knowing that celebrities also cannot escape this song.

Doesn't matter where you are from or what your background is, the "Baby Shark" song will come for you. Ellen DeGeneres, James Corden, Jimmy Fallon, name a celebrity and they've been affected by it too.

It went viral when people started posting videos of themselves doing the Baby Shark Challenge.

Remember the In My Feelings challenge? But instead of that song, play "Baby Shark" and now the Baby Shark Challenge is born.

This dad took it to a new level by dressing up as a shark while doing the Baby Shark Challenge.

Apparently, there is also a Baby Shark 'Abs' Challenge.

Personally, I should work on my abs, but I'm not sure I want to work on my abs while listening to this song. Or maybe if getting into shape would make the "Baby Shark" song go away, then yeah I would do it.

This is it, the song has officially taken over every aspect of our lives.

Perhaps we should stop fighting it and enjoy it? Amirite?

It is a happy little song. Brb, going to go practice singing to it in the mirror.

The song is being played at nightclubs so basically all the cool kids are doing it.

And I must say, I am not a cool kid but I really want to be one. So if dancing the night away to this song will give me the cool points I desperately need, then watch me dance.