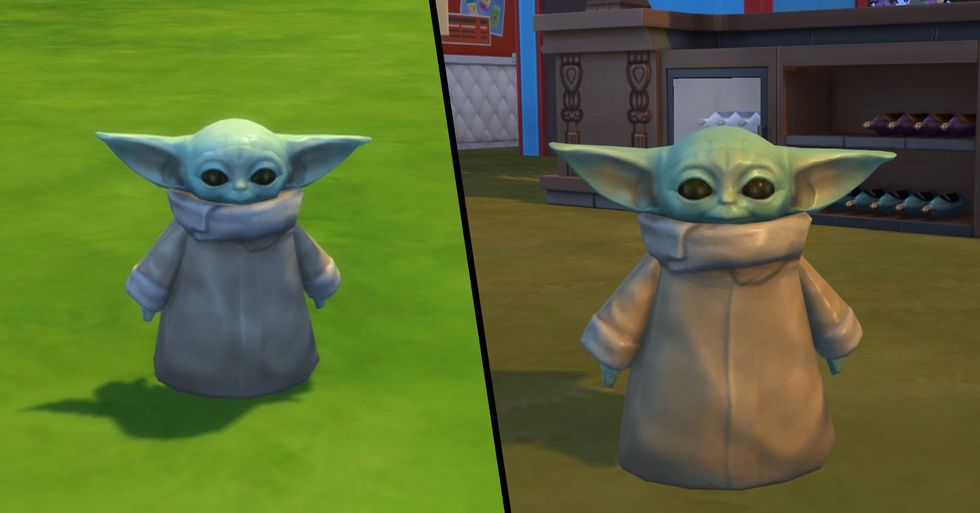 Baby Yoda Has Been Added to 'The Sims 4'

After being introduced to the world through Disney's new Star Wars spin-off show, The Mandalorian, Baby Yoda has become something of an internet sensation.

Fans have fallen head of heels for the child version of the iconic character, and with good reason... he's adorable. But now, The Mandalorian isn't the only place you'll see Baby Yoda, as he's been added to The Sims 4.

Keep scrolling to learn how you can get Baby Yoda on the game...

From plush toys to t-shirts, there's a vast array of Baby Yoda-themed products that fans can get their hands on.

Now you can add him to your Sim home too...

That's right, Baby Yoda has been added to The Sims 4.  Keep scrolling to find out how to get him on the game.

He has been made available with the game's latest game update...

The beloved character is officially called "The Child Statue"

His Sim's caption reads: "This statue is a lovable replica inspired by the Disney+ live-action series, The Mandalorian."

Fans are thrilled with the game's new addition...

And they've been taking to Twitter to showcase their Baby Yoda statues in full glory.

Someone has even made a shrine...

You have to admit, it's impressive.

Everyone is going crazy for him...

His popularity is showing no signs of slowing down.

Most importantly, how do you find him?

You can find him by searching in build/buy mode under sculptures or you can search for him as "Baby Yoda." Baby Yoda has truly taken the world by storm and is currently dominating the internet with hundreds of different memes. Keep scrolling to see the best ones…