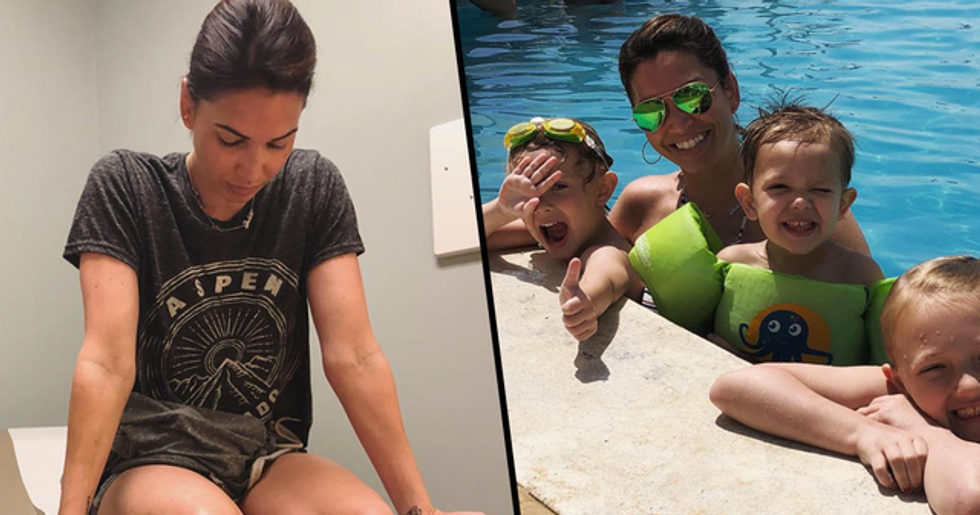 The Dominican Republic has been making headlines as of late... But for all the wrong reasons.

Starting in March this year, a number of American tourists have died suddenly while vacationing at the popular destination, with the causes of their deaths remaining uncertain. To make things even more mysterious, three of the deceased tourists died in the same resort. Coincidence? Maybe not. The three people all died of the same condition, which ultimately points fingers at the resort itself.

The death toll has since risen to ten people, and it doesn't seem to be slowing down anytime soon.

Former Bachelor star, Melissa Rycroft has reportedly fallen ill upon her return from the fateful Carribean location, and her symptoms are looking seriously worrying...

It all started last year.

The Dominican Republic has long been a popular vacation destination for us Americans. But things began turning sour last year when some US tourists began to mysteriously die while on their vacations.

The death toll shot up.

There have been instances of death in pretty much every vacation location, but the timings and the sheer volume of the mysterious fatalities in the Dominican Republic gave a cause for concern.

10 US tourists have recently died there.

According to information from the US State Department, at least 9 American citizens have died while on vacation in the Dominican. Though their causes of death were not treated as suspicious, it is undeniably odd how close together the deaths were. And this year alone has seen an unusual cluster of closely-linked deaths.

On March 27th, New Yorkers, Portia Ravenelle, fifty-two, and Orlando Moore, forty, were reported missing when they didn’t catch their returning flight from the Dominican Republic to Newark. Shortly after their missed flight, their bodies were unfortunately found in their crashed rental car.

Their car was found at the bottom of the sea.

It appeared that the couple had plunged their car off the road in a freak accident on the way to the airport. The Dominican is known for it's notoriously steep and dangerous roads, with drivers having to face sheer drops and sharp bends. Portia's body was found road-side, while Orlando's body was washed up a few days later.

Then things started getting strange in a hotel resort.

Just 2 months following Portia and Orlando's death, 3 US vacation-makers died of a mysterious illness... All while staying in the same resort.

Miranda Schaup-Werner was the first fatality.

Miranda, who came from Pennsylvania, was only forty-0ne years old when she passed away during her stay at Bahia Principe Hotel & Resort.

Reports say that she died of respiratory failure.

Paramedics were called after she collapsed in her hotel room. Her brother-in-law stated that she had consumed an alcoholic drink from the mini bar and subsequently collapsed a half-hour later.

The next fatalities came a mere 5 days later...

The cause of death?

It was concluded that the couple died as a result of fluid buildup in the lungs – otherwise known as pulmonary edema – and respiratory failure, which is the same condition that Miranda Schaup-Werner succumbed to.

A little too close for comfort, some might say.

It is overtly suspicious that, in the space of just 5 days, 3 people died from the same illness in the same place. Though representatives of the hotel remain adamant that the deaths were simply accidents.

The FBI has since launched an investigation.

Because, let's face it. Something doesn't quite add up. The FBI got wind of the suspicious deaths and subsequently launched an investigation.

They are focusing on the liquor.

It has been reported that the FBI is currently analyzing alcohol samples from at least one of the minibars in the resort.

There may be something in the drinks...

Ministry of Health communications director, Carlos Suero, announced that, as part of the agency's collaboration with Dominican Republic authorities, alcohol samples are being analyzed to determine if there is anything out of the ordinary.

They are investigating the suppliers...

Officials are wanting to know who supplied the alcoholic beverages that the victims drank in the hours leading up to their untimely deaths.

The hotel rooms are also being tested.

Minibars inside the rooms are being tested for bacteria, and water from the showers and sinks are being examined by the Dominican authorities.

Blood samples are being harvested.

On top of the forensic analysis of the hotel rooms and liquor, blood samples have been taken from the bodies of the deceased, authorities have confirmed.

Despite the FBI's ongoing investigation, another US citizen died last week while vacationing in the doomed Carribean island. This is the tenth incident in the spate of US deaths in the Dominican within the last year.

Though this time, at the Terra Linda resort. Like the other victims, Joseph was in seemingly good health before his vacation. It was concluded that Joseph passed away from a cardiac arrest. His family remains adamant that he had just received a clean bill of health prior to his vacation.

This has totaled at ten deaths.

And each victim was reported to be in good health prior to their vacations. Respiratory failure, pulmonary edemas, and cardiac arrests were cited in many of the initial autopsies.

And there has now been a new incident...

When will this end?! Melissa Rycroft, who you will probably remember best from TV show, The Bachelor, has reportedly fallen ill after a family vacation in the Dominican Republic.

Melissa was enjoying her family vacation.

Melissa is best known for being The Bachelor Alum in 2009 and for her role in Dancing With The Stars, but has since become a TV host and personality. She has a large Instagram following and posted several updates on her Dominican vacation.

Upon her return, however, Melissa started feeling unwell.

Despite only having a mild stomach ache while she was abroad, she immediately began experiencing severe stomach cramps, vomiting, and a drop in blood pressure once arriving home.

Writing on Instagram, Melissa explained, "After a really rough week, I have been put on a liquid diet, and given meds for my severe cramping. Fingers crossed this goes away in 3 days - doc says next step is a Parasite test if it doesn’t..."

It's unclear when she first became unwell.

Though she hasn't given a formal interview about her illness, she has told Page Six that she had had an upset stomach on the second day in the Dominican Republic, which initially went away but returned and became more serious when she got home.

She's the only member of her family who got sick.

She has since posted an update...

On Tuesday, she shared an update with her 250,000 Instagram followers. Writing on her Instagram Story, Melissa excitedly posted, "More bloodwork done today. Blood pressure was 90/60 so they're monitoring it. But!!! New meds are making me feel so much better!!! Test results by Thursday at the latest!! But this is good progress!!"

Things could have ended much worse.

As morbid as it sounds, it is a poignant fact that Melissa could have shared the same fate as the 10 other US vacationers. Thankfully for her and her family, she seems to be on the road to recovery.

And the question bubbling on everyone's lips...

There have not yet been any travel warnings.

The bottom line is: There has been no formal warning issued by The State Department. They have, instead, said that there has been no evidence of foul play and no sign that the deaths are connected. Though the FBI won't get any conclusive results from their tests for another thirty days, there has been nothing to suggest that the Dominican is unsafe for everyone.