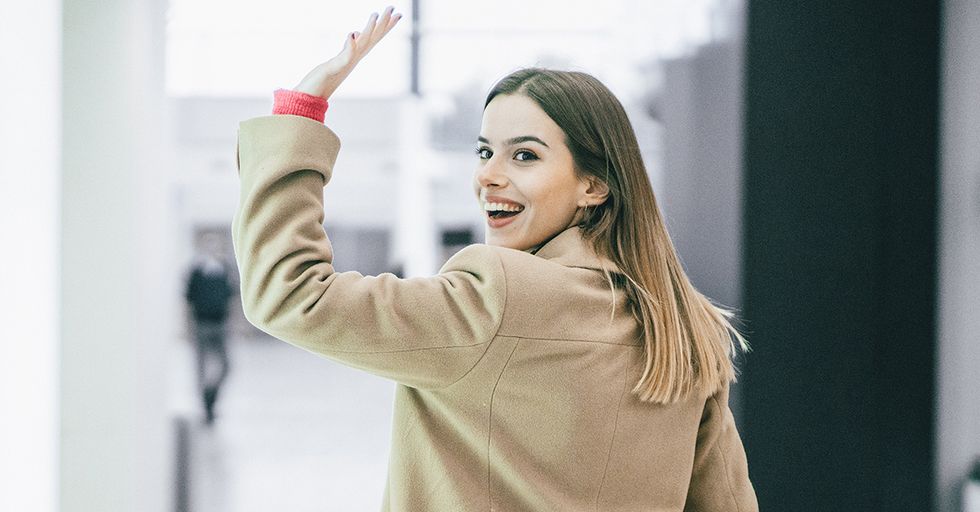 Social Norms That Really Need to End, Like, Right Now

We live in a society, and as such, there are certain rules — social norms, if you will — that we all need to adhere to. You cover your mouth when you cough. You tip your waiter for doing a good job. And you always always always hold the elevator door, especially for someone trotting and spilling their coffee and letting their papers fly all about them because they're in such a rush to make that 9 o'clock meeting.

But all of those social norms have a purpose — its easy to see why we'd adhere to them. There are a lot of social norms that are just... nonsense. Pointless. Ridiculous, even.

Now, all of these useless social norms have been collected in an AskReddit thread, which polled the internet on the social norms they find simply baffling. So now, we present the social norms that just need to end. They don't do anything for anyone, least of all that poor disheveled man who is definitely going to be late for his 9 o'clock meeting.

Co-worker: "Hey, how are you?" Me (dying inside, pounding migraine): "Great. how are you?" Co-worker (reeling from the sudden death of his mom): "Good thanks." - MissSangwitch

Requiring employees that sit in an office all day to dress up in business attire. Who are we trying to impress? - killerjags

We deserve to sneeze in silence.

I can't stand when I sneeze and a thousand people all shout "BLESS YOU." Like, damn, I just want to sneeze without drawing attention to myself. - Mega_Mans_Pet_Cat

If this social norm went away, no one would ever go to another Christmas party.

I think it’s weird that saying a simple “no" is rude. Like I was invited to a Christmas party, I do not want to go. I made up a big excuse as to why I can’t come so I don’t come off as rude. I wish I could simply say “no I don’t want to go, but thank you for inviting me." - BostonTerrrier

Friends are what make things matter.

Spending time by yourself is considered "doing nothing" but if you have plans with others it's not. - mrmonster459

Are they too sad to get Christmas cards?

I was told that it's not acceptable to send a Christmas card to someone who's experienced a death in their family within the last year. Can't believe I was reprimanded for not knowing this "rule" and for having offended the recipient by doing what I believed was a thoughtful gesture of goodwill. - Back2Bach

You're in a public place and you run into someone you know but haven't talked to in a while: You: "Oh hey, how's it going?" Them: "Hey! Not to bad, yourself? What've you been up to?" You: "Oh not much, work and such. [Insert one small single sentence fact about yourself here]. You?" Them: "I get that. Pretty much the same for me, [insert small fact about them here]. We should get together and catch up sometime!" You: "Absolutely! I'll talk to you later!" Them: "Yea, see ya!" And then you never talk again. - GrilledStuffedDragon

Sometimes I just like to listen to my thoughts, is all.

People expect you to smile and talk all the time. When you don't, you are either seen as angry, depressed or something else negative. - MinimalBarker

Talking about salary being so taboo. - Brainsonastick

The fact men are viewed as “weak“ if they show any sign of emotional struggle. I’ve had an ex-female friend tell me she lost respect for me because I asked someone for their opinion on an issue rather than being a “man“ and figuring it out on my own. - Racing_in_the_street

How quite a bit of violence is rated PG-13 but anything sexual is an automatic R rating. - SquidCultist002

Ties are so odd. "Hi, you can tell I am a professional because this thin fabric tied around my neck." - mkicon

Blood is not any thicker than water, actually.

Obligation to family regardless of how they treat you and how you feel about them. - Fluttermun

Fathers giving away their daughters to their new husband as if they’re property. - maango__jee

Tipping as a form of salary. F*ck you and pay your employees. - Moreinius

"I've been dreaming of my wedding day since I was a little girl... and it's all weird."

"Hey Guys, found the love of my life, I'm going to throw her underwear out to the crowd and then we'll assault each other with an overpriced cake" - gud_spelller

Look where you want to look, my man.

I don't understand why eye contact is so important. Apparently it's wrong to look at the other person's mouth when they're talking, as it implies you aren't paying full attention, but dude — the mouth is where the sound comes out. - NeedsMoreTuba

Bringing trees inside at a certain time of the year and sticking lights on them. Then two weeks later deciding the decorations aren’t nice enough to stay. Repeating the next year. - GenderWut

*while holding a baby* "Everyone is as into this as I am."

That people, and especially women, need to like babies or kids, especially when others consider them a "naturally caring" person. - Danifilthfreak

How long after you wear a dress does it reset? One year? Ten years?! Never?!

Wearing the same dress to a fancy function. I don't know why it is considered not putting effort in to wear a dress several times. It's good for the environment, saves money, and in no way indicates a lack of respect. - Sydneyfigtree

What if you only wore a hat because you didn't have time to wash your hair?

Why is it expected that men take off their hats indoors? - genghisKHANNNNN

It makes the flag feel good.

Kids saying the pledge of allegiance in school every morning. And I don't even mean from a moral or anti government point of view — it just confuses me. Who are they reciting it to? The teachers aren’t government officials and the flag can’t hear them. - Laughingfoxcreates

Showing people around your home when they come to visit. - [account deleted]

This is why poor Sally from Accounting's never gotten the gauge piercing she's always dreamed of.

It's gotten better in recent years, but there are still plenty of employers who won't even give you the time of day if you have piercings or tattoos or unnatural hair colors. I fail to see how my purple hair automatically makes me a bad employee, or invalidates all of my qualifications and achievements up to this point. - achaoticbard

I truly believe this is the worst thing a person can do.

Speaking with a cell phone a cell on speaker in public. Just screams "look at me." - saninicus

It does come off as a little sweaty though.

Texting back immediately. It is viewed as desperate, but I'm just trying to have the conversation quicker. - conware

When yawning is seen as rude or a sign that you’re bored. I can’t control when I yawn, and I do it even when I’m not bored or tired. - burpsurgery

Employees are people too.

The notion that retail employees should never speak back to a customer with a nasty attitude, or that disrespecting retail employees is helpful in anyway, shape or form. I get that these employees are representing the company they work for, but you should be able to call Karen a cunt because she spit on you without getting reprimanded for it. - moonshinetemp093

Whenever you go out, you've got to do that "when can I get to the party but still be perceived as cool" math.

Showing up late to parties. People say it's because the party isn't started yet at the time advertised, but that's because everyone is late. Don't tell me something you've invited me to starts at seven if you don't want me to be there at seven. - leftyshitpostgoblin