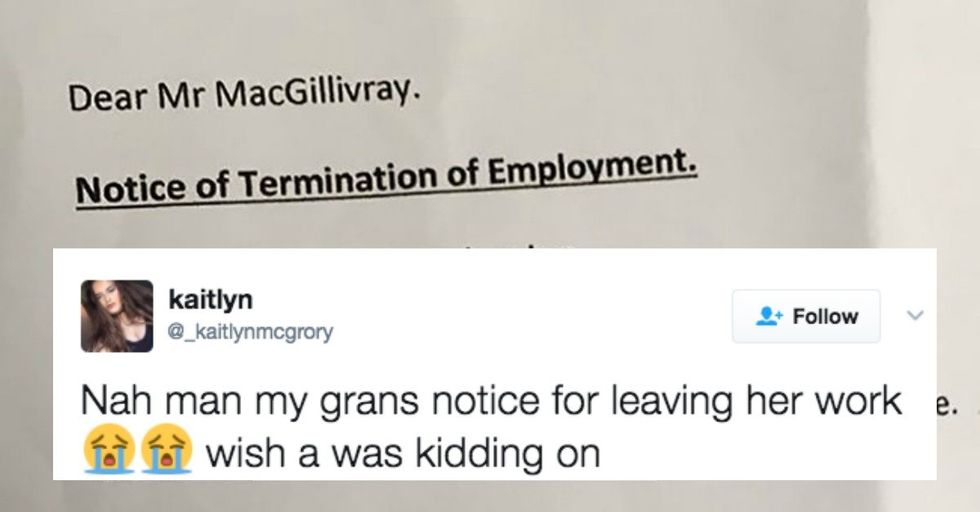 If you've ever had a crappy job, you've probably fantasized about quitting with a blunt, honest letter that leaves no question as to exactly just how you feel.

Twitter user Kaitlyn McGrory from Glasgow, Scotland, recently posted a photo of the notice letter her grandmother gave to her former employer. And she's conveniently super transparent about her desire to quit.

Too harsh? According to the response on Twitter, people not only loved her honesty, but noted it was something to aspire to.