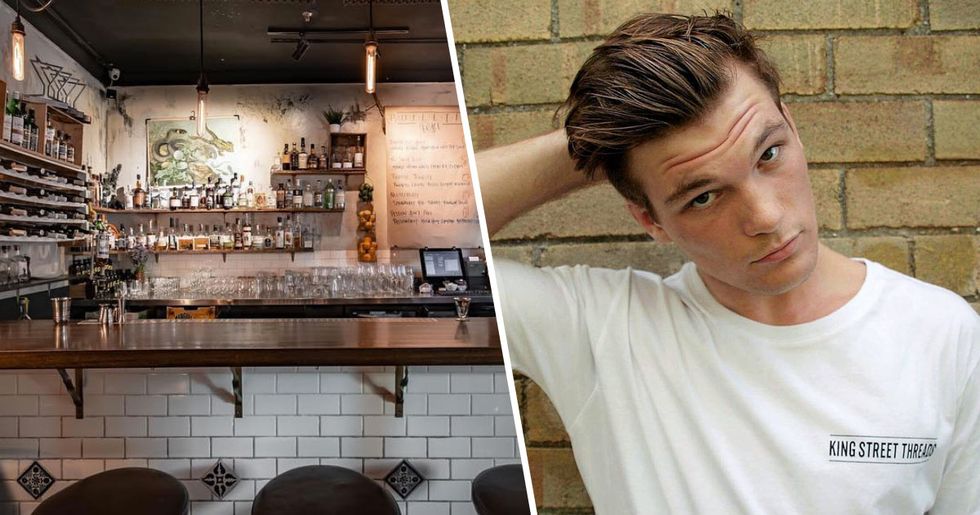 Another day, yet another spoiled Instagram influencer asking for a hand-out. Don't these people ever get bored of leeching off of other people or is that a requirement of their lifestyle?

Thankfully, it's 2019 and people, as well as companies, are done with this bullsh*t. No more freebies! This one particular bar in Australia decided they weren't just going to sit and take it anymore.

Check out their response to an ungrateful boy who slid into their Instagram DMs, asking for free drinks... Someone bring the sun cream because this influencer just got burned.

This is the Bulletin Place bar.

A trendy little bar in the heart of Sydney, Australia.

On Instagram, they're known for their mix of edgy yet sophisticated drinks.

With a bunch of talented mixologists behind the bar, there's no way you won't be satisfied with a drink by this place.

It's no wonder they have so many fans!

Their Instagram has over eight thousand followers, and their customers are always commenting about what a pleasant experience they've had when they've visited.

But one particular fan decided to take things further...

In this day and age, asking for a freebie is considered one of the most awkward things you could do.

Just because you have a couple of thousand of followers that you bought on Instagram, doesn't make you entitled to steal someone else's livelihood. It ain't cool.

But it seems as if this "influencer" didn't get the memo.

Jarra Sherlock, previously known as @jarra_sherlock12 on Instagram (he had to change his name multiple times because he got called out!) decided to message this bar almost begging for free drinks, but after he didn't like their response, he went ballistic. Here's how things unfolded.

A compliment always goes a long way. It's nice to know hard work is being appreciated...

And, the bar responded the only way it could...

By thanking him for his support. Lovely.

And this is where things got a little sticky...

It seems as if Jarra was trying to drop a subtle hint, instead of just appreciating the bar's hard work. So in a less subtle way, he asked this...

And of course, the bar didn't care for his request...

Who would? If you truly appreciated a place, you would pay there, like any other normal person.

It seems as if Jarra didn't take well to that response, because he replied with this...

Bulletin Place wasn't having any of it and rightfully so!

What people don't seem to understand is that going out for drinks is a luxury that lots of other people can't afford to do because they've got more dire things to pay for, like food and rent. And the people working behind the bar, you think an Instagram, post pays their wages? Get over yourself.

And from passive-aggressive, we moved right into just plain aggressive.

Do you know what I can't stand? How he's acting as if he's been victimized with the line: "...Thanks for messaging back though with such a nice response." The emoji was a great addition too, jerk. Is that meant to be sarcasm, honey? Because we aren't here for it.

And neither was this bar. They weren't taking sh*t of this little wannabe.

They decided to publicly call him out by posting screenshots of these messages to their account. That's right. Eight thousand people, mainly from Sydney, where Jarra is also from, now know what a douche this guy really is.

And they even went as far as to put this in their bio!

"Irrelevant bar," eh? Sorry, but you think your day job as an "influencer" is a real job? That's funny.

And now that the internet has got a whiff of Jarra, they aren't letting him go that easily.

People have taken to his personal Instagram in order to call him out for his disgusting actions, calling him things like "cheap."

Some have even gone as far as to DM him abuse.

I mean, you had it coming! Just because you privately message someone, doesn't mean you can't be exposed. Hello! Screenshotting does exist and it came in handy for this particular case.

Since he was outed, he has changed his username multiple times.

And he's also changed his profile picture. But that's not going to save him now. And things are only just getting worse for him. Someone went as far as to do an Instagram check on him and found out that only fifty-two percent of his followers are actually real. The rest are bot accounts that he paid for... Double yikes.

He tried to justify his actions by claiming he was "hacked."

A classic scapegoat. But guess what, Jara, you ain't fooling anyone.

He has vowed that he's going to shut his account down over this "misunderstanding."

Let this be a lesson to all the "influencers" out there. Pick and choose whose DMs you slide into very carefully. You could be next. If you're pumped for another story about outing the vermin in our society, keep scrolling. Read all about the global trend of "beg-packing." Get your pennies ready...