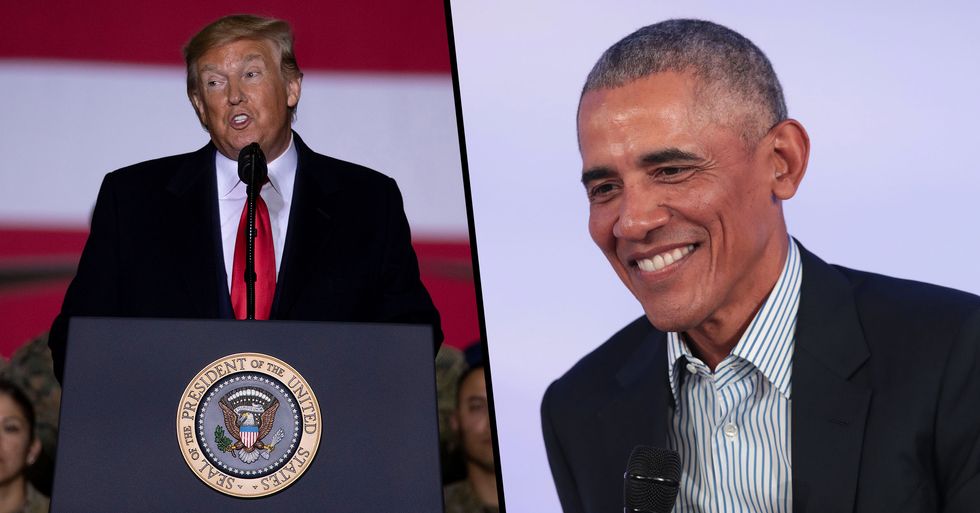 For years now, Gallup has been asking millions of American adults for their opinion on who they think is the most admired man of the year and the results almost always sway one way or another.

Keep scrolling to see the official statistics behind their decision as well as the other men who managed to squeeze into the top 10.

Here are the other men that managed to make it onto the list alongside Obama and Trump.

Disclaimer: This list has been compiled in no particular order except for the top spot, awarded to the former and current President of the United States.

At ninety-five years old, Carter now stands as the oldest man to be mentioned in 2019's list. He is trying to live a quiet life after his most recent brain surgery.

There's no stopping this technology entrepreneur. Recently, he stated he will spend his New Year's Eve at the Telsa factory in order to help move things along. Wow.

The American business mogul has ventured further than the world of technology as he and his wife are now the owners of the largest private charitable foundation in the world, the Bill & Melinda Gates Foundation.

Pope Francis is a man that made history with his ruling by becoming the first from Pope from the Southern Hemisphere. He is a man that promoted God's mercy as well as interfaith relations.

The longest-serving independent in U.S. congressional history. I bet he will be thrilled with this nomination as he gears up for the road to becoming the 46th President of the United States.

A member of the Democratic Party, Schiff is currently in his 10th term as a congressman, starting all the way back in 2001. He has recently been noted as the leader of the crusade against Trump and the constitution.

Dalai Lama's are important monks in the Buddhist religion. The 14th and current one lives as a refugee in India, working to promote calmness and peace.

The American business magnate is rumored to be worth just over 88 million dollars. He is currently working to make Iowa the "Saudi Arabia of wind."

In a surprising turn-out, the current and former Presidents of the United States have both secured their spot on top.

It is Obama's 12th time being awarded the position.

And Trump's first. This year's poll asked the American public who they believed should be considered the most admired man this year and the statistics were staggering.

They were collected in a poll that ran from 2-15th December.

It is noted that the poll this year was severely divided depending on which political party each individual supports.

Here's how the results were broken down:

41% of Democrats named Obama, while 45% of Republicans chose Trump as the man who deserves the highest accolade.

And it makes sense that few Democrats chose Trump and vice versa.

However, the independent sections and general American adults were almost evenly distributed amongst both men.

After both these Presidents, no one else on the list secured over 2% of the votes.

11% of Americans named a male friend or relative while 18% named another public figure that didn't acquire enough votes to stand alone.

Then we have the 25% that did not name anyone.

It is typical of this poll that the most popular President usually wins the top spot, usually securing at least 58 of the 72 polls.

According to Gallup, Trump is not popular politically.

They wrote: "When the incumbent president is not the choice, it is usually because he is unpopular politically, which was the case for Trump in 2017." This is based on 36% approval rating) and 2018 (40%).

However, he is more popular now than he was two years ago.

And obviously the internet is divided over the results of this all-important poll.

And it seemed to cause a few conflicts...

@bjdoor @GallupNews @ScottJenningsKY Gallup polls have tended to show Trump's approval as far lower than some other… https://t.co/WNRzR9Zr50
— Guga (@Guga)1577716202.0

According to Gallup, they tied for first place this year...

Check this out. Gallup's own data suggests that Obama actually won the poll, but the numbers were particularly close this time around.

So what do you think? Who is your most admired man of the year?

If you're in the mood to read about how Donald Trump responded to the impeachment crisis... Keep scrolling. It may or may not involve a meme.