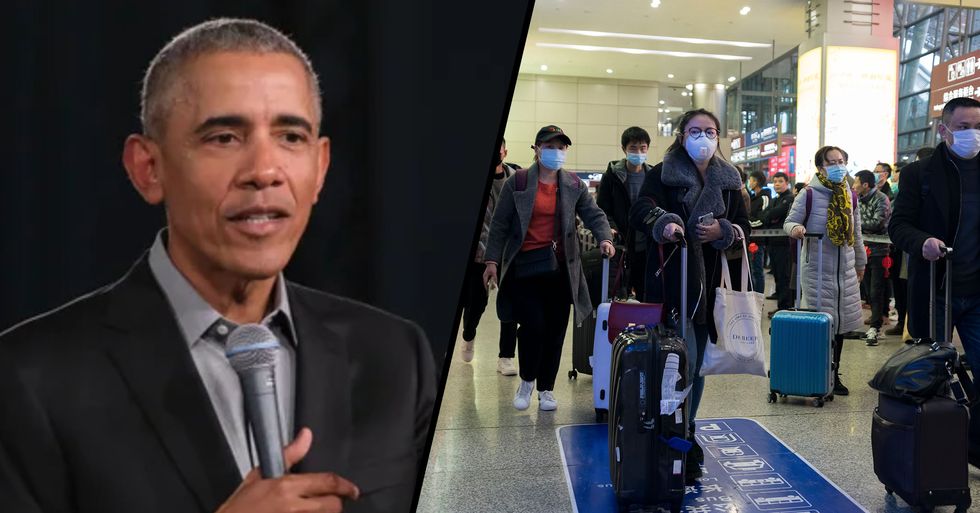 And to cause even more panic, Barack Obama has recently shared a terrifying coronavirus infection simulator.

183,309 to be precise. And, devastatingly, a staggering 7,177 more have been reported to have died from the illness.

And to cause even more hysteria...

Our former president, Barack Obama, has tweeted something rather alarming.

He shared a coronavirus infection simulator...

"Watch this," Obama wrote, "It shows why we should all do the right thing and stay home to the fullest extent possible. All of us can help slow the spread of the virus, protecting the elderly, the vulnerable, and each other."

The simulations are randomly generated and are completely unique for every person who views them...

They show a box, representing a town of 200, with 199 blue "healthy" dots and one brown "sick" one and as the dots are left to move randomly, it is evident how quickly the brown dots begin to overtake the blue.

The article goes on to warn the severity of the pandemic...

"Our simulation town is small - about the size of Whittier, Alaska - so simulitis was able to spread quickly across the entire population," the article warns. "In a country like the United States, with its 330 million people, the curve could steepen for a long time before it started to slow."

The second simulation goes on to propose a quarantine...

In this simulation, a quarter of the population are walled off with patient zero, who quickly infects them all... but then a gap in the wall appears, and infected people slowly start to leak out, before once again infecting everyone with jarring speed. "Whoops! As health experts would expect, it proved impossible to completely seal off the sick population from the healthy," the article points out.

Seventy-five percent of the dots remain stationary, while only twenty-five move around, including patient zero, and the difference in the infection rate is stark.

And in the final simulation...

It shows what happens when only one in every 8 people move around; even those who aren't exactly mathematicians will see why it is important to maintain social distancing during the current outbreak.

The author of the article wants to highlight the importance of self-isolation...

"Simulitis is not COVID-19, and these simulations vastly oversimplify the complexity if real life," the author warned. "Yet just as Simulitis spread through the networks of bouncing balls on your screen, COVID-19 is spreading through our human networks - through our communities, our workplaces, our towns, our families. And, like a bouncing ball across the screen, a single person's behavior can cause ripple effects that touch faraway people."

You can check out the simulations here...

Watch this. It shows why we should all do the right thing and stay home to the fullest extent possible. All of us c… https://t.co/GOODRTNI2e
— Barack Obama (@Barack Obama)1584299337.0

In the meantime, keep scrolling to check out which TV shows and movies have been canceled or effected by the coronavirus pandemic...