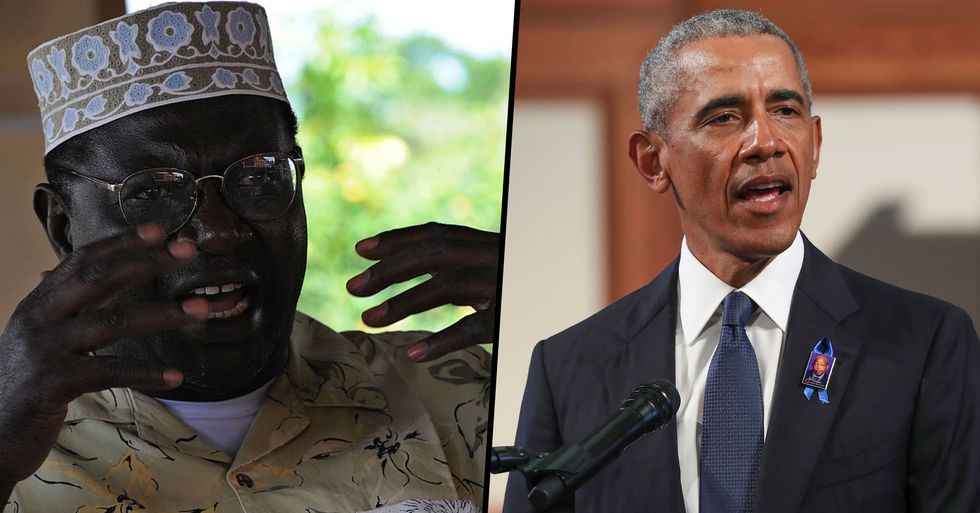 Barack Obama's Half-Brother Slams Him as 'Cold and Ruthless'

The former POTUS, Barack Obama, is beloved by almost everyone. But his half-brother seems to be rather less of a fan...

Barack Obama was one of our country's most beloved Presidents.

And he carried these values throughout his Presidency...

But, in more recent news...

There's been another Obama hitting headlines.

Obama's Kenyan half-brother, Malik Obama, has something of a vendetta against the former POTUS.

And he's been sharing his thoughts with the New York Post.

He has a lot to say about his famous brother.

And it's not very flattering.

"He got rich and became a snob."

"What I saw was he was the kind of person that wants people to worship him."

"He needs to be worshiped and I don’t do that."

"I am his older brother so I don’t do that."

"We had a big fight on the phone."

"He had his reasons but I was not having any of it."

"It was awkward as I tried to convey Auntie Hawa’s wishes to her nephew. She wanted him to look out for her, build her a house."

"I told him he owed it to her, to the family for him to do anything, something. Barack said that he was broke."

"She really had been good to him."

"I don’t understand how somebody who claimed to be a relative or a brother can behave the way that he’s behaving, be so cold and ruthless, and just turn his back on the people he said were his family."

He said Dreams of My Father “wasn’t accurate" and was filled with “embellishments."

And the ultimate insult?

Malik is a staunch Republican.

He chose to support Trump over Obama's VP, Hillary Clinton, back in 2016.

"He tells us the way he sees it. He’s bold and fearless and he’s tough."

And as for Joe Biden?

You can buy his book on Amazon!
Buy Now

Although we aren't really holding our breath.

Scroll on for a truly adorable gesture by him and Michelle.