Barbie Has a New, Culturally Significant Accessory That's About to Change Everything | 22 Words 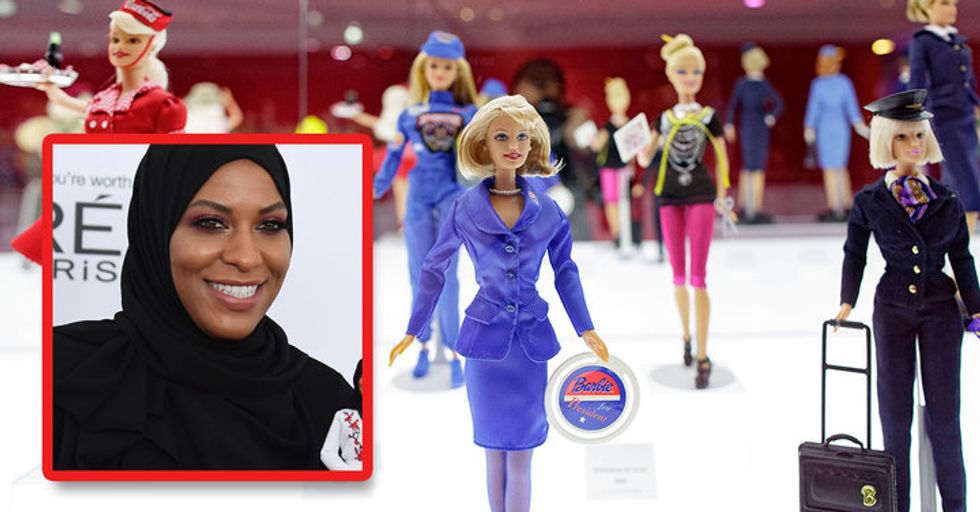 Barbie Has a New, Culturally Significant Accessory That's About to Change Everything

Barbie fans, rejoice! There's a new Barbie in town. She'll be hitting shelves in 2018, and making history when she does! For the first time ever, Barbie will be wearing hijab. In fact, Barbie is going to be releasing a whole line of dolls based on inspirational women. They're calling them "Sheroes" and you're definitely going to want to add them to your collection.

These new dolls are made to look like real-life women who are good role models for young girls.

Among the new dolls is a miniature Olympic gymnastics gold medalist Gabby Douglas.

"Gabby continues to inspire us with her hard work and determination. From cartwheels as a three-year-old to winning on the international stage. Gabby’s story is truly inspirational!" Barbie includes the background behind each new doll.

Who else will be a Shero doll?

The doll for Ava Duvernay, the director of Selma, was completely sold out in 2015. Model Ashley Graham is also getting a doll for "pushing boundaries within the fashion industry" and "promoting the messages of body positivity, self-acceptance, and female empowerment."

Misty Copeland, the first African American Female Principal dancer in the American Ballet Theatre, is a Shero as well.

Barbie writes, "Misty Copeland is truly a bright shining star, paving the way for future dancers all over the world!" This would be an awesome gift for young girls who aspire to be a ballerina just like Misty.

She's clearly a national hero. And a bronze medal is pretty darn sweet, but she just received another honor that truly breaks the mold...

Mattel is creating a Barbie based on her!

The doll is modeled on Muhammad's likeness and also wears a headscarf. She also is decked out in full fencing regalia. Barbie has had a ton of jobs over the years, but Olympic Fencer is definitely up there as one of the coolest.

This new doll will be the first Barbie to wear hijab.

Muhammad said that she played with Barbies as a child, but was disappointed that none of the dolls looked like her. So, she took to sewing tiny hijabs for them. Thanks to Muhammad's groundbreaking career, other little girls who wear hijab won't have to do the same.

It's not just the hijab that makes the new Barbie special.

"Growing up I was always told that my legs were big," Muhammad told ESPN. "It was important to me that my doll has an athletic build and toned legs, which I have. Those legs helped me win my medal at the Olympic Games." The doll will be on shelves starting in January of 2018. We can't wait to see it in person!