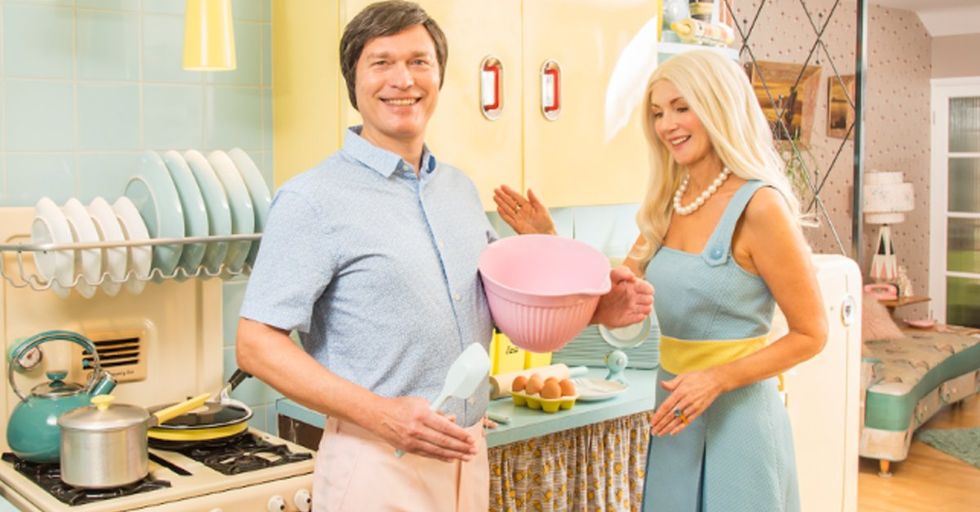 Oh, how the time flies. One of the most iconic children's toys of all time is 60 years old!

Little girls and boys have been exercising their imaginations (with a little help from Barbie) since the 1950s. That's a long time for a toy to remain as popular as Barbie has, huh? So to celebrate her milestone birthday, one dating app made a special photo shoot.

Lumen, a dating app for people over 50, decided to show off Barbie as she would be in real life, having aged gracefully into 60. And of course, like everything else, she pulls it off with aplomb. So check out Lumen's whole photo shoot and the intriguing history behind our most well-known doll. Barbie has had quite the life, with plenty of stories to tell!

As of Saturday, March 9th, Barbie celebrated 60 years of fun...and doing just about any job you could possibly think of.

When you think of all the other Barbie-adjacent doll brands out there, none of them hold a candle to that!

That is to say, she was first revealed at a toy fair in New York City. Her outfit of choice? A black and white-striped swimsuit.

Creator Ruth Handler actually got the inspiration for Barbie dolls from a German doll called Bild Lilli. Lilli was conceptualized as a high-class call-girl, and the doll was commonly sold in tobacco shops and adult stores.

And the owners of Bild Lilli put up a fuss over 'Barbie' at first.

But Mattel eventually acquired the rights to Bild Lilli, which paved the way for the Barbie we know today!

Everyone seems to think Barbie is from Malibu.

But according to Mattel, Barbie is from the fictional town of Willows, Wisconsin. Go figure!

We've all seen Barbies in a bunch of different professions in toy stores, but did you ever really think about how many? Well, turns out she's had over 200 careers in her life.

Barbie's first job was as a teen fashion model.

But since then, she's been everything from robotics engineer to journalist; a few more of her careers include a U.S. Air Force Thunderbird Squadron Leader, a paleontologist, a fashion editor, a sign language teacher, and a presidential candidate!

There's even a story behind the name.

A woman named Ruth Handler originally created the Barbie doll and named it after her daughter: Barbara.

Famous fashion designers have lined up to produce an outfit for Barbie.

But the first one ever was Oscar de la Renta!

Original Barbies are worth a LOT of money now.

When Barbies first hit the market, they were sold for $3 each. Now, a mint-condition original Barbie could sell for $25,000 at auction.

Odds are, you've seen a Barbie doll modeled after a celebrity.

And Barbie has been modernizing.

Mattel, the company that owns and produces Barbies, came under fire for lack on inclusivity in recent years.

Until recently, Barbie dolls have overwhelmingly been one shape, size, and skin tone: slim, blonde, and pale skin.

Mattel has begun releasing new versions of the doll, of many different skin tones, body types, and heights.

Including these cool updates.

New versions of Barbie even include dolls with wheelchairs and prosthetic limbs.

She's always been young and glamorous, whichever other characteristics the doll had.

Turns out, she can also be older and glamorous.

Lumen, a dating app for people over 50, decided to give Barbie a makeover--and show everyone what she'd look like if her look reflected her age.

And she's not handing out unrealistic beauty standards!

And the photos weren't altered.

No airbrushing here! Plus, the photoshoot was done with totally natural lighting.

What you see in the pictures is the real deal.

Lumen put this impressive photoshoot together to showcase "the beauty of growing older."

Ken is here too, of course.

Three years younger than Barbie, Ken is looking very...festive at 58 in his pineapple polo (Ken's birthday was March 11)!

And 'Barbie' has the same lovely glow that she's had since her first release!

The photoshoot is also Lumen's message to the toy industry.

Lumen wanted to make a statement on ageism in the industry, and reinforce the idea that older is still beautiful.

Clearly, Barbie and Ken have big plans for the birthday bash, and age won't be a factor!

Bring on the cocktails!

Sure, her knees look a little stiff...but I feel like Barbie has had that since the day she was born!

Lumen's co-founder and CMO had a few words:

"As one of the world’s most famous women and in celebration of her 60th birthday, we created our own 'real life' Barbie, to celebrate the beauty of growing older," said Lumen co-founder Charly Lester.

It's all about empowerment.

"Many women say that in their 50s and 60s they’ve never felt more empowered in their own skin – and this should be reflected by influential icons like Barbie," Lester added.

Success doesn't have an age.

As Lester put it: "We encourage the toy industry to consider making their products more pro-age – who says that everyone should be in their 20s to be a success?"

Here's to a happy birthday, Barbie!

She's sixty years old and strong as ever! Share this story with your friends--it's a birthday celebration, after all!