19 Bartenders Reveal Underrated Drinks Everyone Should Try Once | 22 Words 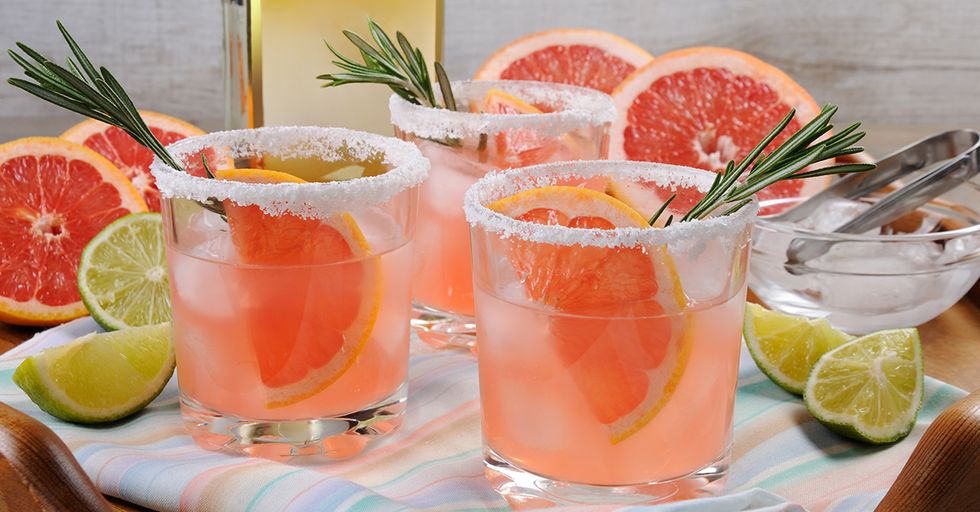 19 Bartenders Reveal Underrated Drinks Everyone Should Try Once

What's your go-to drink when you're spending a night on the town?

Chances are you've been ordering the exact same thing for years.

And your bartender is probably judging you.

Put down the vodka cran! Throw out the rum and coke! It's time to discover your new favorite drink. A recent AskReddit thread asked bartenders to share their favorite underrated drinks, and honestly? They all sound pretty darn delicious. Why not try a couple next time you're out? (As always, please enjoy these tasty drink recipes responsibly!)

French 75's. Just be careful, they can sneak up on ya! –dcbluestar

A Tom Collins! I had my first one at my wedding! And my second through eighth. –Arctic_Walrus

My choice of drink for New Years are Corpse Revivers. It was a precursor to the Bloody Mary in that it was supposed to cure a hangover according to the original recipe. You were supposed to drink 5 of them in quick succession to cure the hangover. I don't know how they did it, but 5 will just about kill me. –hatsnatcher23

Palomas. Tequila, grapefruit juice, soda, and lime juice. –altaltaltaccount I actually ordered this next one myself the other night and highly recommend it!

Vodka Gimlets. My nana told me they were her first experience with alcohol and she liked them so much she slammed eight. Then there was some talk of my papa having to help her with her girdle, and I blocked out the rest. –purplecatmeowmeow

The Godfather. Equal parts Amaretto and Bourbon/Scotch Poured directly over ice in a shallow old-fashioned glass. No bullsh*t. Tastes like magic! For those who like their drinks a little sweeter, add cola. It will taste pretty much like an adult Dr. Pepper. –RyanMcCartney

Whiskey Smash. In a cocktail shaker, muddle a couple lemon wedges in simple syrup. Add a few mint leaves and an ounce and a half to two ounces of whiskey. Shake and strain over fresh ice. It's a super refreshing summer drink. –bydemons

If you're an old-fashioned fan, get all up in the Sazerac. It's absolutely always going to be one of my biggest benchmarks of any bar I go to. If I wander into any bar that calls themselves a cocktail bar, and they don't know how to make one, I immediately default to a good ol' bourbon and coke, because I no longer trust them with anything more complicated. It's sweet, rich, spicy and all-around gorgeous. This recipe is for Rye Whiskey, but I often prefer cognac if there's a good one available. –Nitrosol

Whiskey Sour and Scotch fans out there, need to go and give the Penicillin a good try. It's a style of ginger whiskey sour that floats a bit of smokey scotch on top to give it a bit of a bite. Always going to be one of my favorites. –Nitrosol This next drink is actually the national cocktail of Brazil!

From my experience, a surprisingly huge amount of people haven't even heard about the Caipirinha, but it's one of the best drinks ever. Just don't go for the cheapest cachaça. –Nisheee

A Negroni. A bartender friend of mine says they call them the Bartender's Handshake because often other bartenders get them when they go out. Kind of like a secret message that they’re a barkeep too. –aggieinoz

I like Negronis, but sometimes I prefer Boulevardiers, but a lot of bartenders have never heard of that. It makes it awkward because I don’t want to be the guy that orders the weird made-up drink, but what are you doing at a bar making Negronis if you don’t also know what a Boulevardier is? –laurus85

I give everyone a "Snickers" shot when they ask for a surprise (or offer to buy me a shot because it's my fave). 10ml Kahlua, 10ml Frangelico, 10ml Baileys with salt shaken over the top makes it taste much like a Snickers bar and is great for those who don't do well with the taste and burn of alcohol. –shan146

A shot of Fernet. My bartender friends tend to order this to signal to their bartender that they are also in the industry instead of outright saying anything. Usually also offering to do a shot of Fernet with the bartender (if it's allowed in your state). Tastes great, and settles the stomach like no other drink can. –Beebrains

A Sidecar. It's the classic no one seems to have heard of. –encogneeto

Bartender/bar owner, and let me tell you: the martini. Proper, traditional. Excellent and easy. Chill a martini glass by loading it with ice and water. In a shaker full of ice, pour in 1.5 oz of your favorite gin. I find Watershed’s Four Peel Gin out of Columbus, Ohio to be my current favorite for this recipe, but seriously whatever gin you enjoy. Next, and this is crucial, add dry vermouth. It makes the drink a little oily and adds a slight sweetness and tang to counterbalance the gin’s flavors. The amount is up to you; I do 1 oz (for a 3 parts gin, 2 parts vermouth martini). Stir this together in the ice. Don’t shake it; it will look nice and homogenous when you stir it. Dump the ice and water from the chilled martini glass. Take the peel of a lemon and rub the outer skin side around the rim of the martini glass. This just adds an amazing aroma of citrus and will delight your nose. Strain the booze, serve with the lemon peel (“twist") in the glass. Drink, and look dapper as f*ck in your local watering hole. –jacobjw2 Share this with someone who's looking for a new go-to drink!