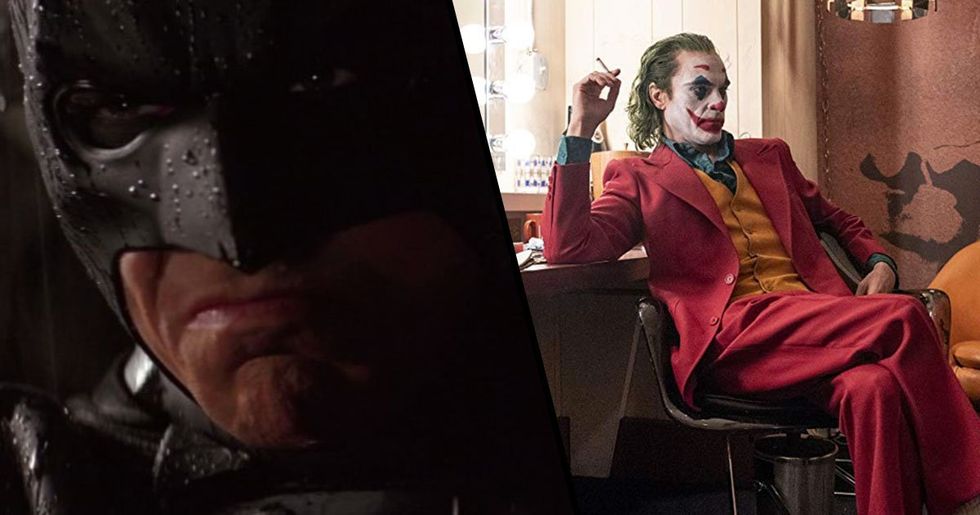 Batman Made an Appearance in ‘Joker’ and Nobody Noticed

While some agree that its portrayal of mental health could have been executed better, others have commended it for every other aspect. And one particular part of it seems to have stood out for fans all around the world and it may or may not involve the legend that is Batman.

The Dark Night was a box office smash hit, receiving rave reviews and grossing over, a staggering, $1 billion in revenue.

So, when it was announced he was getting a movie of his own...

Speaking to Ladbible, the Oscar-nominated actor explained: "I thought it was important for it to be its own thing, to be its own interpretation. What's interesting about this character is that everybody can interpret it however they want."
"Even with this film, I think the audience gets to interpret the character and what drives him, in a way that I think is unique for a lot of films. I mean it really asks the audience to participate, and I think that's interesting."

Others cut the movie more slack.

I demand that someone give that man an Oscar!

The word on the street is that Pheonix is a shoo-in for an Oscar, people saying his portrayal of the Joker really brought back that rawness to the character. And so began the comparison memes to Jared Leto who is on the receiving end of some well-deserved criticism for his previous role as the Joker.

But that's not the only thing fans are talking about.

A debate has broken out online with some fans claiming that there is a powerful reference to Joker's arch-nemesis, Batman.

For those of you that haven't noticed, think back to the opening scene of the film where we first see Arthur Fleck applying his clown make-up as he gets ready for work.

Some fans believe that the lighting and setting have been manipulated to show us, Batman...

If you still don't get it, let me explain. The two white lights above Fleck look very similar to Batman’s iconic glowing eyes. Then, Joker’s pale face is used to represent his mouth and the surrounding area is the rest of Batman's stance. Pretty cool, right?

There have been mixed opinions on this...

But it doesn't really matter. Reading fan theories about this masterpiece is probably one of the best outcomes of the film.

And if you still haven't seen Joker, then watch the full trailer below: