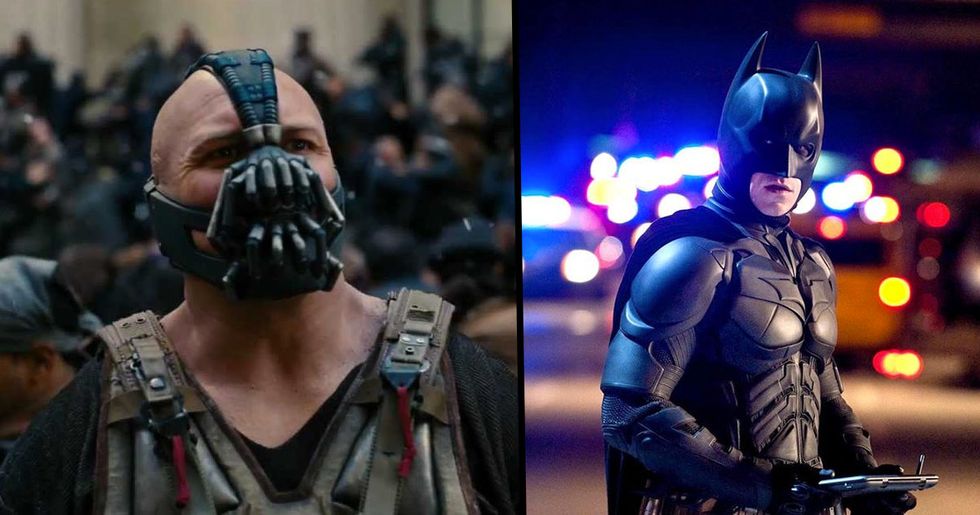 Hollywood has well and truly been shaken up in the 2010s.

The past decade has been a huge one for the world of film, with some of the most influential and critically acclaimed movies having graced our screens.

There's a handful of standouts that have truly stolen the show, but there can only be one flick crowned as the best of the decade, and it seems Batman: The Dark Knight Rises is the movie awarded the title.

The vote was extremely close, so of course, there have been a lot of strong reactions to the news online. Keep scrolling for the full story, including a countdown of the top 100 movies of the last decade at the end.

Its been a rollercoaster of a decade for Hollywood.

The past 10 years have been some of the most influential for change and no industry has felt the impact of the movement harder than the world of film.

Some have branded it as the decade Hollywood was truly shaken up.

While diversity still remains to be a huge issue in Hollywood, huge strides have undoubtedly been made in terms of diversity and inclusion over the past 10 years. For example, Marvel's 2018 epic, Black Panther, made history when it scored 3 Oscars. Not just because it marked Marvel's first Academy Award, but the movie's costume designer, Ruth Carter, won the award Best Costume Design, making her the first black woman to ever win in the category.

The serious brought LGBTQ+ inclusion into the homes of thousands across the globe.

So many more movies featured action heroines rather than action heroes, like Katniss in The Hunger Games, for example.

Of course, it has also been the decade in which streaming services skyrocketed to popularity.

Services like Netflix, Amazon, Hulu, and Disney Plus have dominated the way in which we consume television. Where would we be without the likes of Stranger Things and The Crown?

But there's been a side of Hollywood that we've had to open our eyes to.

The fall of Harvey Weinstein sparked a global #MeToo movement and even saw a red carpet blackout at the annual Golden Globes last year in support of the Times Up campaign.

But, as the decade draws to a close...

Many of us are starting to reflect on the cinematic offerings that have hit screens throughout the 2010s.

Some of the biggest titles have graced our screens throughout the decade.

From Lady Gaga's award-winning big-screen debut in A Star Is Born to the rise of Disney's live-action spectacles - so much great cinema has been made. You can read all about the top 100 movies of the last decade at the end!

But there's one area of the industry which has excelled on a mass scale...

... the world of Superheros.

The superhero landscape is only increasing.

It seems not a month can go by without a new Avengers venture from Marvel, Spiderman epic from Sony or another Batman fix from Warner.

The demand for superhero content has well and truly swept through Hollywood.

So it's hardly surprising that when it comes to the best movies of the decade, many of our favorite superhero flicks are up high up in the ranks.

This week, the public started voting for the best movie of the decade.

Inception, Toy Story 3, The Wolf of Wall Street, and Batman: The Dark Knight Rises went head to head in a huge poll created by Ladbible.

What was so special about those 4 movies, you ask?

Well, they were amongst the highest-grossing movies of the entire decade.

Well, it was actually extremely close, which is why there have been some pretty tough reactions to the winner.

Batman: The Dark Knight Rises came out on top.

The 2012 superhero flick was crowned the winner - convincing thirty-eight percent of the 11.6k voters that it deserved the title.

The Wolf Of Wall Street came in just behind at thirty-seven percent of votes. Ouch.

The Dark Knight Rises marked the final installment of Christopher Nolan Batman trilogy and clearly won over its viewers.

Though, not everyone was impressed with its new title...

In fact, the poll proved to be pretty controversial.

The poll has really rubbed film fanatics up the wrong way.

People don't believe it was a deserved win for The Dark Knight Rises.

In fact, some weren't impressed with any of the options.

"Awful selection," complained one user. "Toy Story 4 is better than 3. Hated Wolf Of Wall Street. My film of the decade is definitely Guardians Of The Galaxy," wrote another.

To find out what the top 100 movies of the decade were, according to both Insider and a critical response from Rotten Tomatoes, keep scrolling. Some of them may shock you...