Beaches in Florida Will Start Reopening This Evening | 22 Words 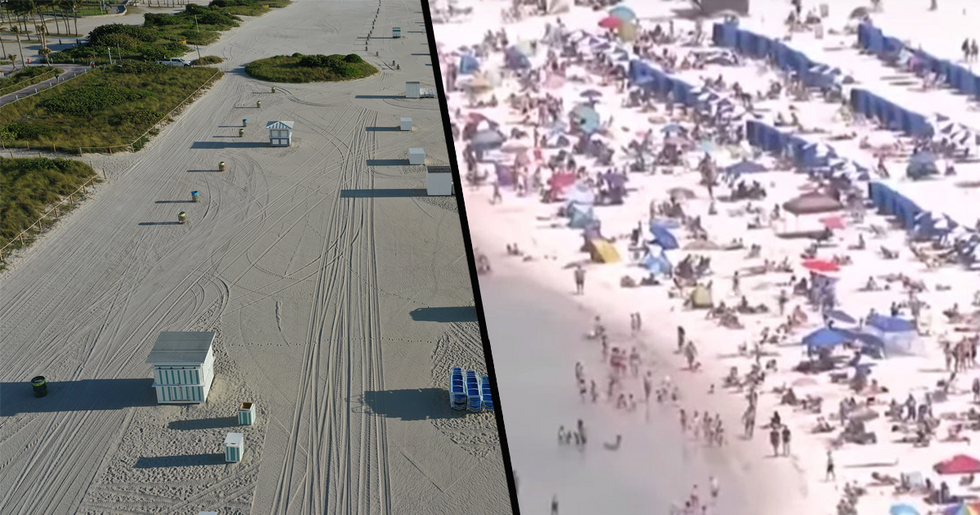 Beaches in Florida Will Start Reopening This Evening

The day has finally come for certain beaches in Florida to reopen after just a month of closure and many people aren't happy about it.

Keep scrolling to find out more about this decision...

As we write this, there are currently 680,541 active cases of the virus in our country...

And there have tragically been 35,353 deaths.

These numbers are rapidly rising by the day...

The death toll from novel #coronavirus in the United States has crossed the 30,000 mark since Wednesday, and more t… https://t.co/SQGFLWZDwa
— Imran Iftikhar (@Imran Iftikhar)1587033194.0

And it's safe to say that we are now struggling immensely as a country.

Last month's scenes at the Clearwater Beach in Florida showed a lot of people completely disregarding these global warnings.

And 686 people in the state have now died, showing exactly what happens when people congregate in mass gatherings.

But it seems that some things are about to change...

Beaches in Jacksonville, Florida, are set to open this evening - on the 24th of April.

Republican Mayor Lenny Curry said per the Daily Mail that he is letting the public back onto Duval County beaches at 5 pm Friday evening for "essential activities only" after he said he was "encouraged" by the rate of infections and hospitalizations and said there was evidence to suggest they are flattening the curve.

Only time will tell to see the consequences of reopening these beaches...

And whether or not it will make things worse. Make sure to keep scrolling to read about how New Yorkers came together recently in tribute to their essential workers...