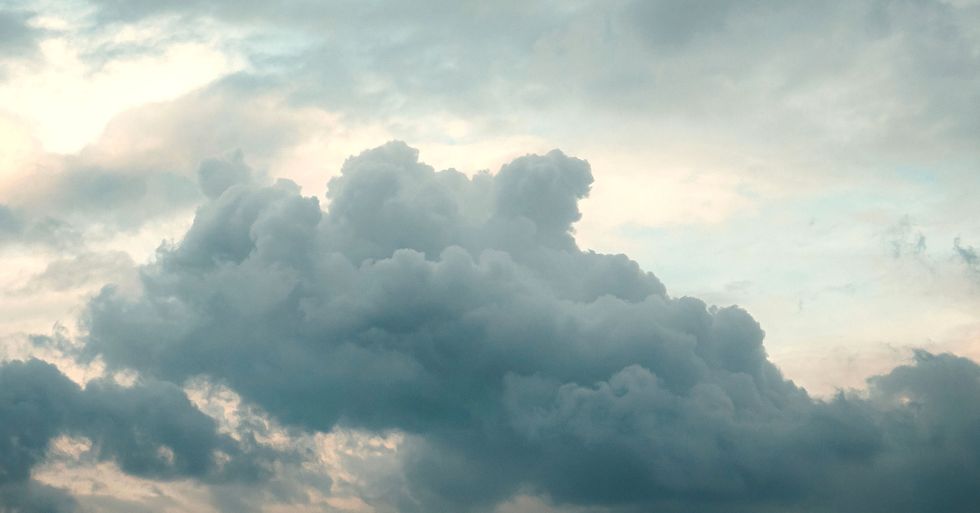 One thing we all need right now is a little bit of hope that everything will get better, and that might just be what one woman found when she took a picture of a mysterious cloud formation...

It's hard to think of what the world was like pre-pandemic...

And it is showing no sign of getting back to that any time soon.

But one woman thinks she's been given a sign that everything's going to be ok.

However, some people are skeptical...

Over 29,525,571 people all over the world have now been infected with the virus.

And, devastatingly, a staggering 934,195 more have been reported to have died from the illness.

President Trump declared a national emergency to combat the coronavirus pandemic, freeing up $50 billion in federal funding and promising a screening website and drive-by tests.

Yet, despite the tireless work from researchers...

While things may feel like they're getting back to some sort of normal.

One woman has received a sign from the heavens, that everything is going to be ok...

A woman from the Philippines snapped pictures of a strange cloud formation...

Some remain skeptical of her pictures, although they have been approved as being authentic.

Many people think this is a message from God himself.

Analiza Sampinit Lumosad posted the 4 photos to her Facebook on May 30...

The pictures were taken at Bon-Ot Beach in the Philippines.

She claimed she took the pictures when she was out with her aunt and 8-year-old cousin.

The clouds can be seen spelling out the letters "L-O-V."

With some even seeing the letter "e" at the end.

Analiza snapped the shots after making out the word in the clouds.

Some even shared their own...

With pictures of clouds in the shape of hearts.

“Me and my cousin were getting a picture of ourselves, then after that, we look in the clouds; that was the first time that I ever see in my life the formation of clouds." “One hundred percent, it is not edited," Analiza asserted. “It is true."

She posted the series of photos with the caption “#Love..."

People couldn't believe what she had captured...

“Thank you for capturing this amazing, fantastic view," one person commented. “At first, I thought it was edited well … I was really amazed. Thank you Jesus." “Good vibes," wrote another. “It’s like the promise of God the Father that everything will be okay."

“[T]he saying is that after storm and trials we have a bright future to enjoy … that’s the message of God."

The message in the clouds seemed like a true miracle, as the country has gone back into a strict lockdown.

Some think these photos come down to group “pareidolia," which is a condition where people can make out pictures and shapes in inanimate objects.

The world-famous cloud formation “man in the moon" is a perfect example...

And happens a lot more than you'd expect.

While people might be divided over the pictures, there's no doubt it's made a lot of people more positive about the future...

That's all that really matters, right? Keep scrolling for more heartwarming stories, including what one boy started to help out single mothers during the pandemic...