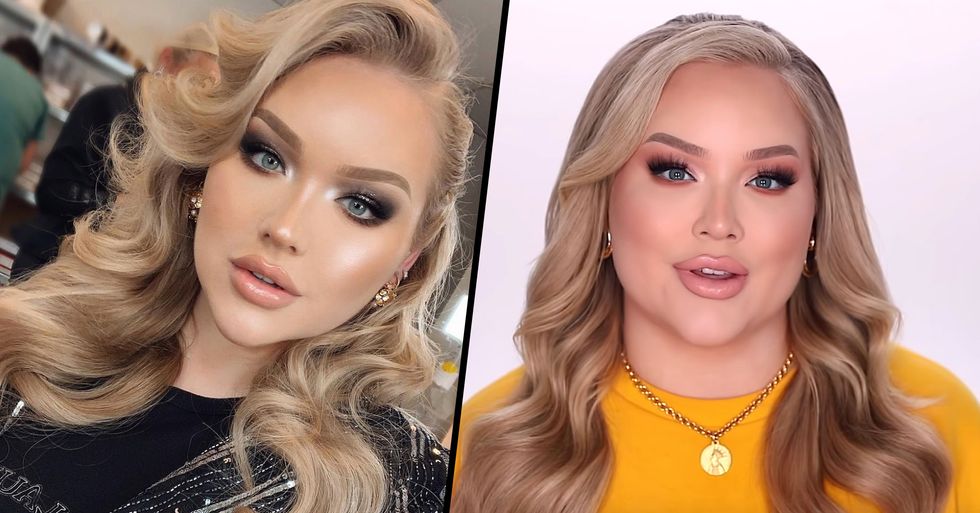 Nikkie de Jager, also known to the online community as NikkieTutorials, posted a video earlier today telling the world she is a transgender woman.

Keep scrolling to see her full "coming out" video.

If you’re obsessed with YouTubers as much as we are, you’ll know that this is NikkieTutorials.

As her username suggests, she is a beauty guru that posts make-up tutorials online for all of us to enjoy… Even when they don’t turn out as good as hers.

She currently has 12.2 million followers on the platform.

Her real name is Nikkie de Jager and she was born on March 2nd 1994 which makes her only twenty-five years old.

The Dutch YouTuber started her career at a very young age.

Her YouTube career started almost ten years ago when she was only a teen. She quickly managed to establish herself on the platform as a talented and well-respected beauty influencer.

She's even worked with some pretty famous faces.

This includes the likes of Jessie J and of course everyone remembers her video with Lady Gaga? Now that was amazing!

She is the queen of achieving the perfect base.

Nikkie really knows how to utilize the power of makeup, and even though it may look like she is obsessed with wearing it, she is not afraid to go barefaced.

The Dutch YouTuber is known as an inspiration in the beauty community.

From speaking out about social issues to championing body positivity, Nikkie really set the bar high and paved the way for other influencers on the scene.

It's no wonder she was offered so many deals...

The twenty-five-year-old has had many deals with beauty mega-giants Morphe and Too Faced, being the face of both brands and pushing the companies even further.

And she continues to be inspiring to this very day...

Earlier today, Nikkie took to her YouTube channel in order to address an issue that had been bothering her for a while.

The video was titled "I'm Coming Out."

For long-term fans, this came as a pleasant surprise, as no one really knew about Nikkie's transition, but she let us know that she is a transgender female. The full video can be found at the bottom.

We're all for people being whoever they want to be, but there's just one problem...

Nikkie revealed that she wanted to do the video for a while now, but also exposed the fact that she was being blackmailed by a bunch of people who threatened to go to the press with the story.

So she never really got to do this on her own terms...

And felt as though the opportunity was taken away from her. Nevertheless, telling the world her "secret" felt "liberating."

She said she had received a lot of support from her mom.

"Growing up, I think the number one thing I'm the most thankful for is my mom — love you, Mom — because she has been there for me since day one."

It has been a long journey getting to the place where she is now.

Nikkie said that she had started taking hormones from an early age. Firstly, she used growth stoppers in order to stop her from growing taller. She then fully transitioned at the age of nineteen after her YouTube career had started.

She also talked about how her and her fiance were working through the situation privately.

She explained how she told her fiance Dylan about her transitioning story and that the two were currently working through it. Their relationship has been a private affair that both kept off of social media.

And she also revealed this:

"Some kids got it, and other kids in my class did not, which is fine, but I will always be so thankful for all the teachers at that school who supported my journey and supported me."

But the bottom line is this:

"I am me. I am still Nikkie. Nothing changes about that. The last thing I want in my life is for you to not trust me anymore, or to look at me with different eyes, or look at me in a different manner, or think that I have changed."

We love you Nikkie and so does the internet.

Messages of love and congratulations have poured in from all over the internet, including other YouTubers in the beauty community.

Nikita Dragun is also a transgender female, and she has been open and proud of her story.

And even Ofra Cosmetics sent their love:

@NikkieTutorials We are always so incredibly proud of you and especially now for having the courage to share your s… https://t.co/9U6gyY9THY
— OFRA Cosmetics (@OFRA Cosmetics)1578945304.0

They wrote: "We are always so incredibly proud of you and especially now for having the courage to share your story with the world!! We love you unconditionally Nikkie."

We love and support you Nikkie, you keep being the talented and inspiring woman you are!