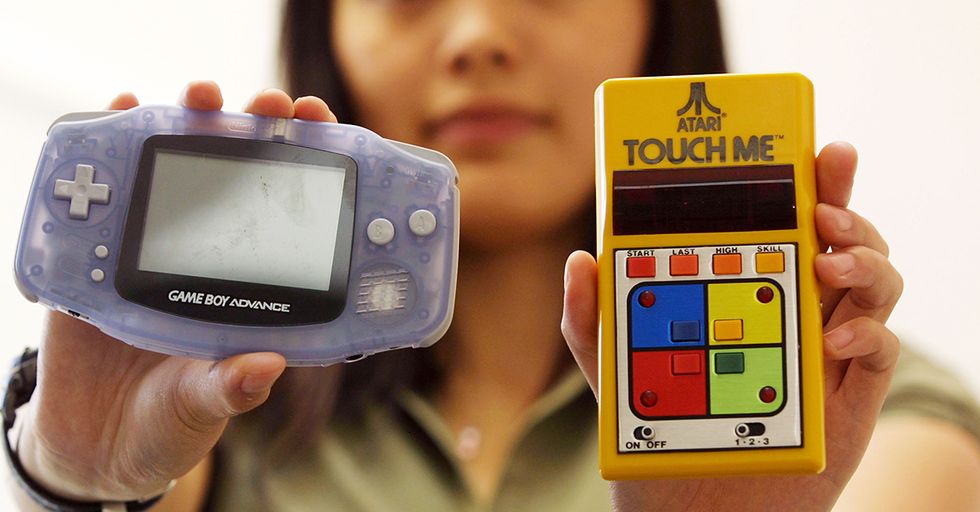 10 years ago is basically retro now, and every piece of media from Stranger Things to every TV show reboot ever is trying to capitalize on that sweet, sweet comeback nostalgia. And frankly, it's getting a bit tiresome. They're rebooting all the wrong things! Give me a reboot of Borders Bookstore or Blockbuster Video. Is it even possible to reboot things that aren't tv shows and movies?

Who cares, we're doing it anyway! This is our list of things that were awesome 10 years ago that need to come back. Anything from crazy cell phone designs to actually hanging out with your friends in person. This list is weird, this list is beautiful, and this list is necessary.

Get your predictions ready, as we recount stories from our youth to get to our favorite things that were cool 10 years ago and are begging for a comeback. Seriously, I'm begging. Someone do it.

Phones that didn't all look the same.

Remember when cell phones were just insane? Between the RAZR, that weird Samsung Juke, and the Sidekick, the mid-2000s were peak weird phone.

And everyone has an iPhone. And you bet your ass that Apple's not going to make an iPhone with like a full slide-out keyboard, a point-and-shoot camera that takes up the entire back of the phone, and a little loop you can attach a wrist-strap to. The 2000s were so innovative.

Getting actual mail you wanted.

Please stop sending me bills and grocery store mailers. I want birthday cards. I don't care if my birthday is six months away, I need this now more than I ever have in the past.

They don't even mail paychecks anymore.

Which, honestly, is way better. But it would still be something nice to look forward to twice a month. And to those of you claiming Amazon packages count; they don't. They're a symbol of my regrettable late-night drunkenness.

Having a house with a "home phone".

Ahhh landlines. I still remember my old landline number and all of my friends' numbers. I don't know why answering the phone as a kid was so fun. I think there was just a bit of fake responsibility that was fun.

We should bring landlines back.

I'm not saying we should all put corded phones in our living rooms, but it would be cool to have friends call my roommate's Google Home and chat with us every now and then. Just saying.

I actually did this a couple of months ago. I was back home visiting my family and rang the doorbell to my childhood friend's house. No one answered until I called them to let me in.

Whenever someone knocks on my door now, I assume I'm in trouble for something.

Neighbors beating down my door for being too loud, or swarms of Mormons trying to get me to try the latest Cutco knives.

Movies that weren't trying to be franchises.

THIS. Remember how back in the day, a movie would tease a sequel at the very end of the film and people would talk about that scene for weeks? Well, Marvel kind of ruined that.

Now it's a topic of conversation when a Marvel movie doesn't have a post-credits scene.

Lookin' at you, Avengers: Infinity War. Take me back to a time where not every movie had to have a sequel. And only the really special movies got sequels. Like, there's no reason Horrible Bosses and Bad Moms need sequels. Sorry.

Actually finding something cool at a thrift store.

Now, whenever I walk into a thrift store, all the cool items are super expensive, and everything cheap is something I would never ever wear. I just want some cool retro clothes to wear to my friend's disco-themed birthday party. Is that too much to ask?!

I think sites like eBay and Craigslist have ruined this.

It's way easier for people to assess the value of their old junk, so if it's something worth money, they'll just throw it up on eBay and it'll sell in less than a week. No more thrift store gold for me!

Not knowing everything always.

Hear me out. Cell phones have ruined us a little bit. Arguments between friends and family can be solved way too quickly now. I kind of miss fighting about some obscure fact and not realizing you're wrong until one person looks it up a week later.

Cell phones are awesome, but the knowledge we carry around 24/7 can be a lot.

It also means we can be less reliant on our brains, which could be good, could be bad. Having a calculator and a camera in our pockets at all time, though? *chefs kiss*. Wouldn't give that up for anything.

Electronics that were see-through.

Give me a new Gameboy Color. Preferably in see-through purple. How cool would it be to have a see-through phone or a see-through computer! I'll take the cheap plastic back of those old electronics any day. They probably wouldn't crack as easily.

At least we don't have to attach crazy "reading" lights to our phones like we did with our Gameboys.

Can you imagine people all pulling out their little clip-on LED lights after the sun goes down? We'd all look like we're walking around with little angler fish in our hands. I kind of want this reality.

I'm not allowed to skate through the mall anymore causing havoc while trying to control my shoes, and that makes me upset. Heelys were by-far the coolest invention of the 2000s and they deserve a comeback.

Except now, the little wheel is motorized.

This would cause so many deaths by people Heely-ing into traffic, but honestly, I think it would be worth it. Motorized Heelys need to be a thing in 2020.

Now that the government is taking away our straws, we need some cool new replacements. And I vote for flavored straws instead of those awful paper ones.

Okay, I know we already kind of went over this one, but I still think there was nothing cooler than just flipping open a phone and going to town.

Now, if you want to buy a flip phone, you're either a drug dealer or a serial killer.

Seriously, there's never a time in 2019 where someone is buying a flip phone and not smashing it under their heel and swallowing the sim card like three days later.

My friends and I have made a monthly date at Chili's. That's not a joke. One Sunday a month we all get together and get bad margaritas at America's most ethnically questionable super-chain. Because if we didn't, we'd hardly all get together at the same time.

Maybe this is just a consequence of being an adult.

But back in the days of high school or college, friends just got together during the week. No big deal. Now getting together for a drink on a weekday requires multiple reschedulings months in advance. My advice? Go to Chilis once a month. It's fun, I promise. Also, Chili's; hit me up with a gift card pleaseeeeeee.

TV Shows that have longer seasons.

I feel like if LOST or the Office were made today, they would only have 8-13 episodes a season. And that ain't right!

I'm happy that some shows get time to really work on their episodes...

But nowadays I feel like I get to watch my favorite TV show for two months of the year and then it's gone again until September. I want my shows!

And in a similar vein, traumatizing kids shows.

Now hear me out. I don't think giving kids nightmares is exactly a great thing, but kids' shows today are so freaking soft. Give me something with a little edge! I feel like a show like Rocket Power wouldn't even be made today.

Shows like those were foundational to me growing up. Maybe it's because I have an October birthday, but I loved horror, and kids can't get that on TV anymore. They have to go on YouTube.

Heck, I could even go for another one of those mildly terrible live-action Scooby-Doo movies.

Those movies were peak childhood, and they need to make a comeback!!

Are we way off the mark? Should we stop caring about 10 years ago and start focusing on cool stuff in the next 10 years?

Is there anything in our list you think we forgot?

Now it's time to go even further into the past. Remember these?