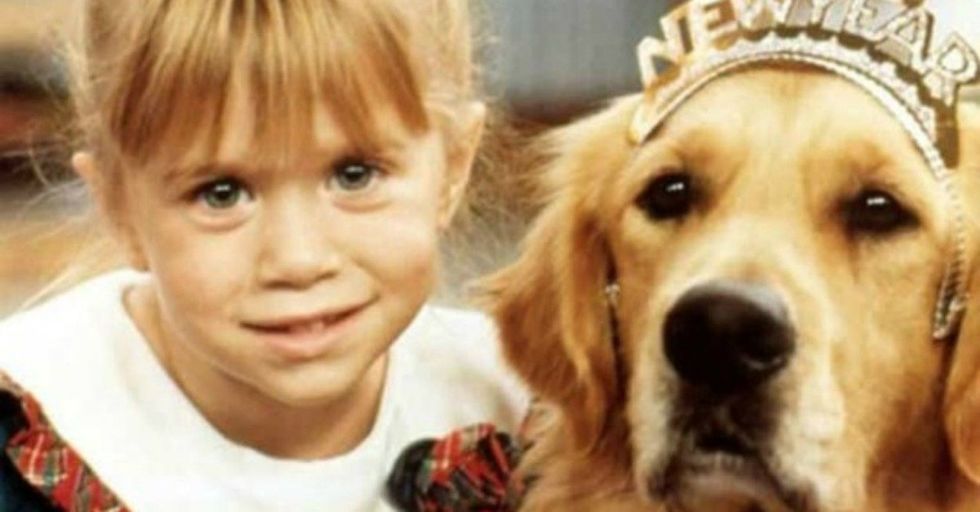 Little did I know that while my developing mind was having a ball watching my favorite TV family fumble their way through life, there were all sorts of dramatic moments happening behind the scenes just waiting for me to read on the Internet later in life.

Guys, it's time to reveal those things both you and I never ever knew about Full House.

Bob Saget spent childhood dreaming of becoming a doctor. Thankfully, his high school English teacher noticed his comic genius, persuaded him to instead consider a life in the arts, and the rest is history. Thank you, Bob Saget's high school teacher. My childhood would have been weird without you.

Sweetin Kept Things All in the Family

Every time Stephanie Tanner had a dancing moment, Jodie Sweetin always brought her real-life dance class friends and teachers to set to dance in the scenes. *Googles ‘How to befriend Jodie Sweetin?’*

In the original Full House script, Uncle Jesse Katsopolis was Uncle Adam Cochran. Stamos, though, wasn't too keen on the name Adam. He suggested they change it to Jesse and find a last name to better reflect his own actual Greek heritage.

Full House Could Have Been House of Comics

The show was going to be about a house full of comedians. Once producers caught wind of ABC's desire for a family show, they swapped in a few kids and voilà! Small screen gold.

John Stamos and Lori Loughlin, who played the Tanner girls’ Uncle Jesse and Aunt Becky, first met while each working in the soap opera world. Loughlin actually presented Stamos with the Emmy he won for his work on General Hospital. The next one is shocking.

They Were Making WHAT?!

Those little Olsen twins were making $25,000 per episode each to play Michelle Tanner by 1991. Follow-up question: How late is too late to become a child star?

Dave Coulier Hockeys It UP

Initially, Lori Loughlin was cast to play Danny's Wake Up San Francisco co-anchor, Rebecca Donaldson for only six episodes. But once on set, she seriously knocked it out of the park and producers cast her as one of the show's permanent fixtures.

Andrea Barber’s portrayal of the Tanners’ quirky neighbor, Kimmy Gibbler, was originally supposed to only be a one-time role. But she did such an excellent job that the producers quickly bumped her up to be a series regular. The next one makes sense if you think about it.

Mary-Kate and Ashley Olsen became littlest Tanner, Michelle much thanks to the fact that during their audition, they were the only twins who never burst into tears. Now they’re worth a combined $300 million. *Commences permanent tear duct draining process*

Beloved Tanner family leader, Danny Tanner, would not have had the same psycho-neat-freak-yet-lovable-doting-dad feel had it not been for Bob Saget. Producers, however, nearly hired actor John Posey for the role. He even shot a few test scenes and everything. Oh, Mylanta!

While Mary-Kate and Ashley began their lives strongly resembling one another, as they aged, their looks became more and more distinct. After a while, producers wanted to pick just one of the girls to continue on as Michelle, but that decision never ended up coming to fruition. That twin bond, yo. It’s strong.

The mannequin in Uncle Joey’s room during the show’s first season is always clad in the same shirt as Joey himself. Well, now that's fun.

The Beach Boys Connection Lives On

Say No To Drunk Driving

Full House's entire premise rests on the fact that Danny Tanner suddenly becomes a single dad. But how? A few different times throughout the series, we learn that the Tanner girls' mom, Pamela, was actually killed in a drunk driving accident. It can't all be fun and games, kids.

While Full House was fictionally set in San Francisco, filming actually occurred in Burbank, CA at Warner Brothers Studios. Only one episode (Comet’s Excellent Adventure) was taped in the Tanners’ supposed hometown.

Dave Coulier actually stole his famed catchphrase, “Cut it out!" from Mark Cendrowski. The two were friends as children, and Cendrowski now directs Big Bang Theory.

Dave Coulier and Bob Saget knew each other long before Full House came to fruition. They met as young stand-up comedians in Detroit. Coulier actually ushered at Saget's wedding and slept on his couch during his first two weeks living in LA. Oh to have been a fly on that wall. The next one is maybe the cutest thing I've ever heard.

Uncle Jesse and Aunt Becky nearly got together IRL. They dated once in their late teens, long before either of them were remotely married to anyone else. John Stamos has since dubbed Lori Loughlin as his one-who-got-away.

Jayne Modean, Dave Coulier’s now ex-wife, played Michelle Tanner in a season-three dream sequence. After meeting on set, the two married four months later. They share one child and are no longer married.

Candace Cameron Bure and Scott Weinger didn’t just go to the prom together on screen. They were also prom dates IRL! Just as friends, people. Cool it.

Gibbler on the Uni

Kimmy Gibbler was more than just an annoying neighbor. She was also a unicycler! During the phone-a-thon episode, Andrea Barber as Gibbler unicycles. The show chose that activity because Barber herself was already a skilled unicycler. Crafty!

Jesse Frederick, co-writer, and performer behind Full House’s theme song, also worked on the theme songs for Step by Step, Family Matters, and Perfect Strangers. So basically, he ruled the ‘90s. The next one would have been tragic...if Fuller House didn't exist.

We Could Have Had MORE

Full House nearly had a ninth season. It was set to air on The WB and everything! Many cast members, though, decided they’d had enough, so the show ended. How RUDE! Luckily, it's back!

Full House shared a soundstage with another classic TV sitcom…Friends! And they both had JOEYS. Let the conspiracy theorizing COMMENCE!

Dave Coulier used to toss his underwear up in the rafters of his dressing room to taunt Bob Saget. Years later, John Stamos guest starred on Friends and spotted Coulier’s undies still chillin in the rafters. In the worlds of Jimmy Fallon as Sara: EW!!

The Tanner’s TV house had two different stairwells, but they both seemed to magically lead to the same one place. Tricky, TV gods. Very tricky.