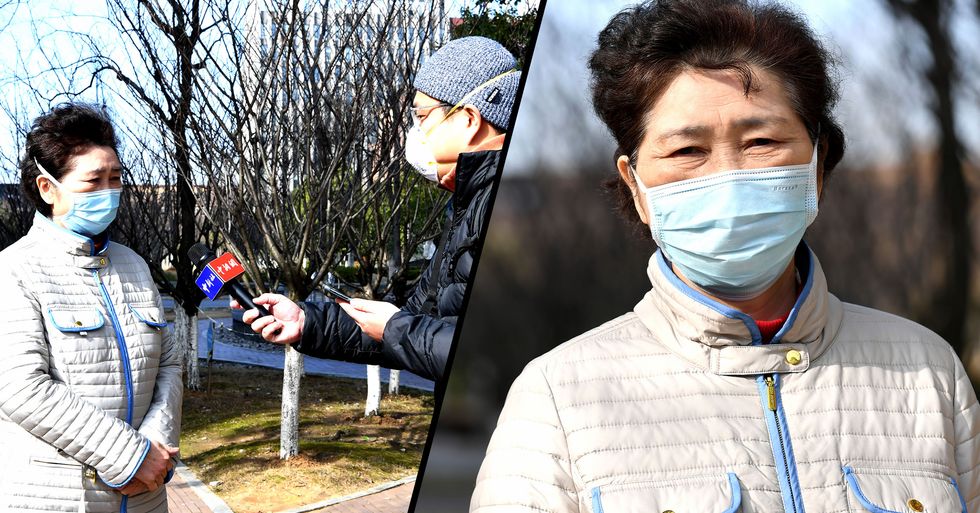 Beijing Doctor Worried There Could Be Another Outbreak in China

Mere days after China was finally declared as coronavirus-free, a leading doctor in Beijing has come forward with some seriously worrying news.

Keep scrolling for the full story, and to hear what the doctor had to say...

We are currently experiencing a medical pandemic.

COVID-19 was notoriously quick to spread, and it has been showing no signs of slowing down anytime soon.

Italy, which is one of the worst-affected countries, has even gone into total lockdown...

Since the first COVID-19 patient in Washington, there have been 35,075 more confirmed cases across the country and 458 deaths.

Because, up until then, he had remained worryingly relaxed about the whole situation.

But it's been a severe endangerment to the lives of millions of people all over the country.

And his most recent public addresses have fared no differently.

During a press conference last week, Trump stumbled his way through yet another embarrassing speech...

Which is funny considering that our coronavirus cases are rising dramatically by the day. "We're learning from watching other countries, frankly. This is a very contagious virus, it's incredible, but it's something that we have tremendous control over."

We can only hope that we are actually "learning from other countries" like Trump has been insisting...

Because there has recently been some groundbreaking news from the country in which the virus first originated.

COVID-19 has it origins in Wuhan, China.

The virus is believed to have originated in the city from the sale of the meat of wild animals such as bats.

The country has been hit notoriously hard by the virus...

And has over 80,000 confirmed cases in mainland China alone.

China have been in major lockdown for the past few months...

And the cities were deep cleaned thoroughly as residents remained inside their homes.

But, last week, we were given the good news we'd been waiting for.

For the first time since the global pandemic began, China’s National Health Commission reported no new domestic cases of the virus, NBC reported.

This is fantastic news.

Though tens of thousands of citizens remain infected, and the death toll continues to rise, the lack of new cases is a tremendous step in the right direction.

However, this hasn't been good news to everyone.

One of the country's leading coronavirus experts has come forward to warn her nation that, despite there currently being no new cases, a second outbreak could be on the horizon.

Professor Li Lanjuan, a member of Beijing's expert team on the virus, has given some serious words of warning.

Speaking to China News, she explained that the control and prevention of imported cases was an "arduous" task for medical workers. "This requires us to continue to intensify our efforts and work tirelessly to prevent the coronavirus pneumonia epidemic from spreading in other cities."

She is concerned that another outbreak will occur as a result.

She continued: "Cities such as Beijing, Shanghai, Guangzhou, Shenzhen, and Hangzhou have frequent international communications. [I am] very worried that imported cases could trigger another large-scale epidemic in our country."

To help prevent a second outbreak, Professor. Lanjuan has urged for those infected to be identified to the public...

As she believes that they are the ones who could inadvertently reignite the pandemic.

We can only hope that Wuhan's news is the start of the end of this brutal pandemic...

And that a permanent cure can put it to bed, once and for all. For more on the coronavirus pandemic, keep scrolling to read about what Prince Harry and Meghan Markle had to say on the matter, and how it's affected their lives too...