Bernie Sanders Wants $2,000 Monthly Payment to Every US Household | 22 Words 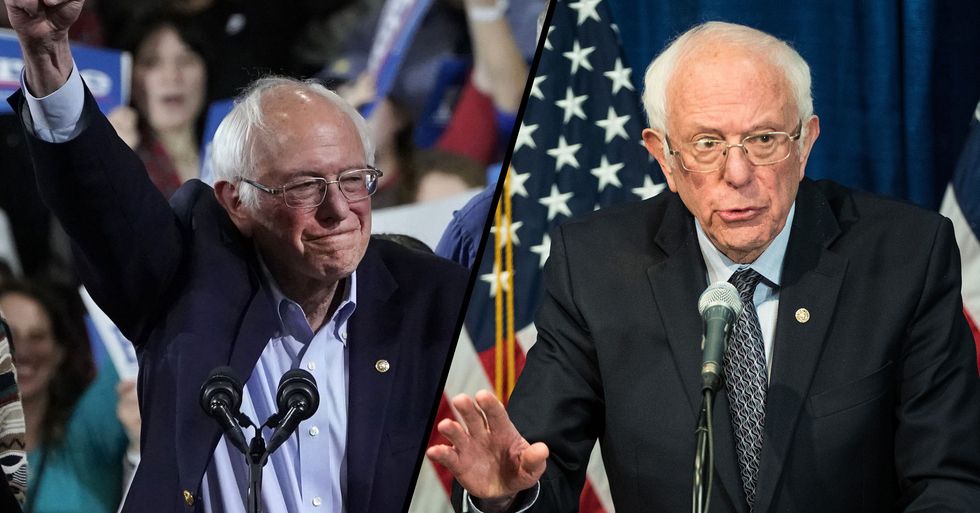 Bernie Sanders Wants $2,000 Monthly Payment to Every US Household

With much of the states in lockdown, and people unable to work, Bernie Sanders has decided to weigh in on President Trump after he announced his own payment plan for Americans.

Keep scrolling to see what he had to say...

206,951, to be precise. And, devastatingly, a staggering 8,272 more have been reported to have died from the illness.

Since the first COVID-19 patient in Washington, there have been 7,387 more confirmed cases across the country and 116 deaths.

People working in industries such as travel and dining have had their workplaces shut down due to the pandemic.

“These will be payments to small businesses, we've talked about loan guarantees to critical industries such as airlines and hotels, and we've also talked about a stimulus package to the American worker," Mnuchin said today. “We're looking at sending checks to Americans immediately. Americans need cash now, the President wants to get cash now, I mean now, in the next few weeks."

Even after that announcement, Bernie Sanders doesn't think it's enough.

He is urging the President to increase each check to $2000 for every American household per month.

He also stressed that this should be the case all throughout the pandemic.

During a speech on how to handle the coronavirus, he said this: "We can do it. We can address this crisis. We can minimize the pain."

He suggested that the government should use 2 trillion dollars.

He said that if they use this money and spread it out across the country, they could "to prevent deaths, jobs losses and to avoid an economic catastrophe."

It all sounds good, but it might be difficult to get the money at such a short notice...

Keep safe during this difficult time. Self-isolation is currently the best method in order to avoid the spreading of the deadly disease. If you want to read more about how difficult it is to be facing such a pandemic with limited supplies, then keep scrolling...