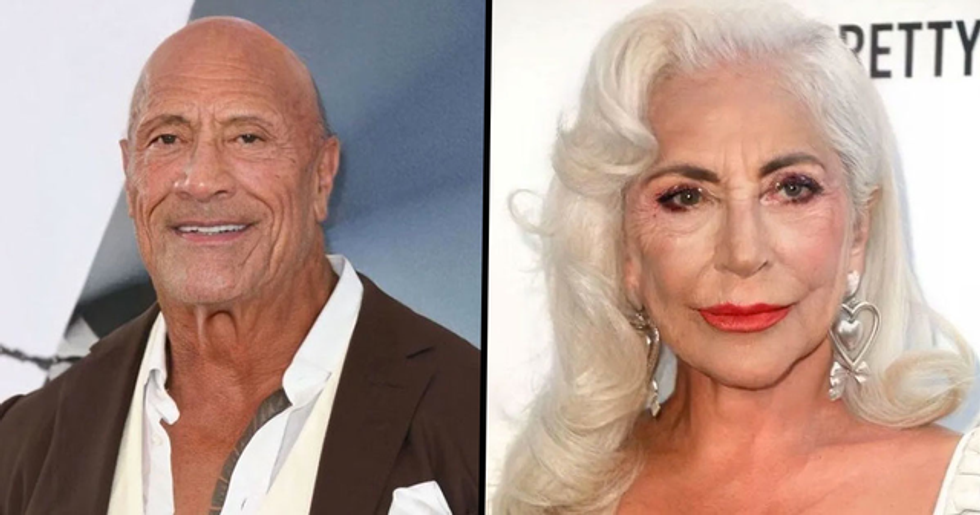 You might have heard, there's a new viral internet challenge doing the rounds... Again, I know.

Every few weeks or so, a new "challenge" pops up and takes the internet by storm for a couple of days. And the most recent one has come in the form of the admittedly hilarious app, FaceApp, which reveals what you'll look like as an OAP. And people are finding it either very funny or very depressing.

Either way, people are hooked and are having an awful lot of fun sharing what they'll look like a couple of years down the line.

And, of course, celebrities have become the main victims of the trend, with hilarious and slightly horrifying portrayals of their older selves popping up from all corners of the internet. And, for your viewing pleasure only, I have gathered a selection of the best celebrity transformations.

Though, be warned, some of them may give you nightmares...

Only Will Smith could age as gracefully as this.

She's still got that sass.

He will always be The Rock. Even when he's eighty.

You guys should play around with FaceApp in the studio. It could make for a really funny video if you did it on every frame! from Corridor

This one's been edited to show a young Donald, too... Because, let's be real, he doesn't look that different as an old man, does he?

Though this Queen was always going to age gracefully, wasn't she?

Wow, Beibs looks like an actual member of Congress, doesn't he?

Okay, of course the app has had virtually no effect on Bey.

Am I the only one who quite likes the punk-rock Grandma look on RiRi?

Okay, this one is just downright horrifying. Never age, Nicki!

Looking a bit like a cast member of the Real Housewives there, Chrissy...

Who else is getting a Morgan Freeman-wisdom kind of vibe?

Okay, I think we all knew that she was never going to age too well... But this is just scary.

Again... Quite scary. I don't think that any of the Kardashians are going to age gracefully, do you?

Cruella de Vil from One Hundred and One Dalmations springs to mind...

Harry has aged in a fabulously British manner.

Natalie Portman is obviously never, ever going to age.

Is it just me who sees Gandhi here?

He's still as beautiful as ever.

The singer looks more like the mom from Malcolm in the Middle than she does herself!

Alright, this guy is going to make one cool Grandpa.

I'll be impressed if Chris' beard actually stays this majestic.

Fighting monsters in the Upside Down has certainly taken its toll on Eleven...

Looks like Cole could do with about twenty years worth of sleep.

Demi looks like she wants to speak to the manager immediately.

There's no unseeing this. Yep, all beautiful things sadly come to an end at some point.

Yep, all beautiful things sadly come to an end at some point.

It's heartbreaking that we will never know how the singer would have aged in real life.

This actress looks as gorgeous as ever.

Another heartbreaking insight into what the comedy legend could have looked like.