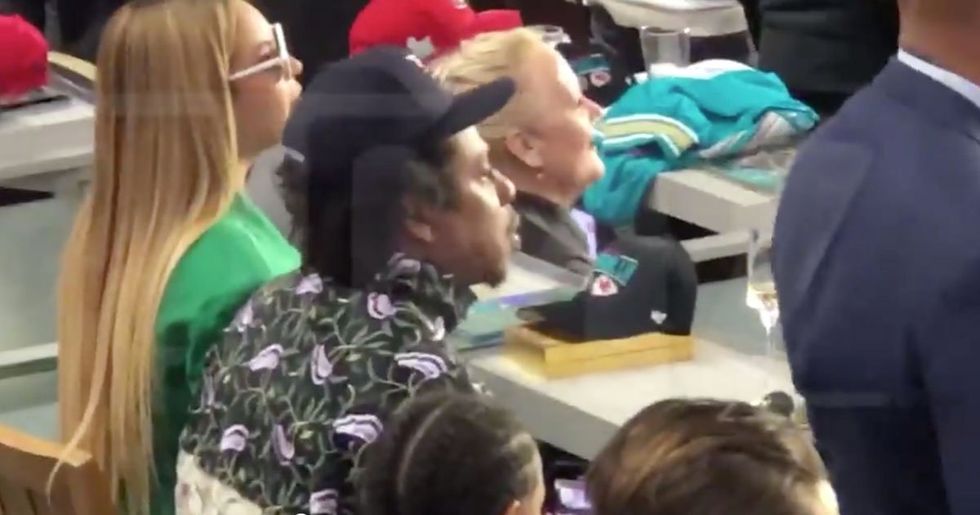 Beyonce and Jay Z Refuse to Stand for National Anthem

But it seems one famous couple have already stirred up some controversy this evening. Keep scrolling to find out why everyone is so annoyed...

The day is set to be even more special for Shakaria, however.

Demi Lovato has taken on the national anthem - making this her second major music event in recent weeks after her emotional Grammys performance. Keep scrolling to watch the clip.

"I couldn't think of a better choice."

She was well and truly showered with compliments online.

She truly deserves all the praise she gets.

But it seems one famous couple has been whipping up controversy.

Jay  Z, Beyonce, and their daughter, Blue Ivy, have been slammed for failing to stand during the national anthem.

The Carters were sitting together a few rows back from the field...

And they showed no signs of standing during Demi's performance.

Many people deem it disrespectful not to stand during the national anthem, so it's safe to say the couple have rubbed many fans up the wrong way. Stay tuned for the latest on the Super Bowl throughout the evening.