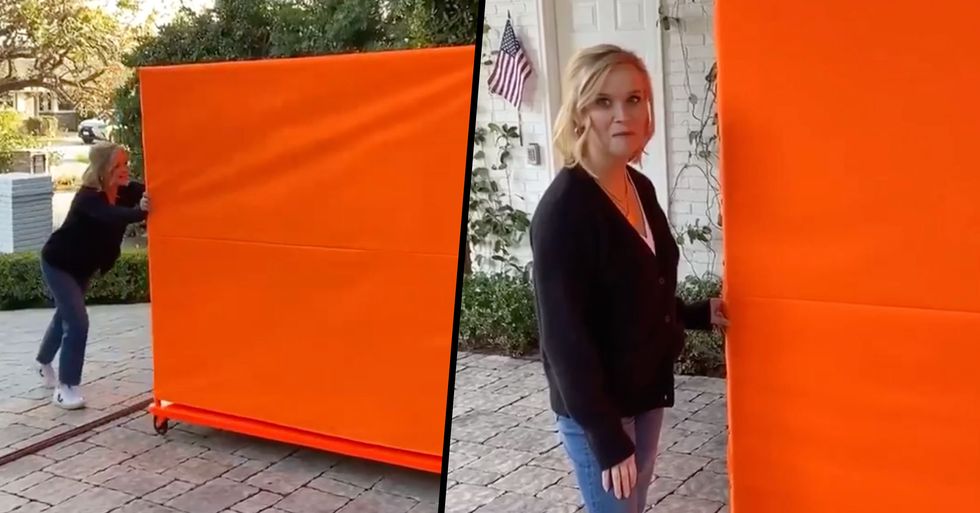 The 2020 Golden Globe awards gave us a lot of great celebrity stories.

But none was better than what happened with Reese Witherspoon and Beyonce.

Queen B attended the event late with husband Jay-Z and they were ultimately bashed for being "rude", but this drastically changed after the famous pair sent Reece Witherspoon a very generous gift.

And now, Beyonce has followed up with yet another incredible present. Jealous, us?

And that person was...

She spent the night with pal and co-star Reese Witherspoon...

The pair managed to "borrow" some of Beyonce and Jay-Z's champagne...

And it seems as though it went down a treat!

And it seems that Reece's stunt has earned her a little more than she expected.

Reece took to her Instagram story to tell the world about a gift she received from the Carters...

The gift package contained a beautiful bouquet of flowers and an entire case of Ace of Spades champagne.

"I just got home from New York and the most beautiful flowers are here and, guys, a case of Ace of Spades champagne," Reece said in the clip. "I'm about to read the note. It says, 'More water, from Jay and B.'"

Reece then pops open a bottle for her and her mom...

But to post one of the many memes that are flying around the internet right now.

It seems that Beyonce has redeemed herself...

Watch the video for yourselves here.

Because Beyonce has followed up with another impressive gift - the entire Ivy Park collection. Reese has certainly landed on her feet with this newfound friendship! Fancy more from Beyonce? Scroll on to see her incredible reaction to a live Lizzo performance.