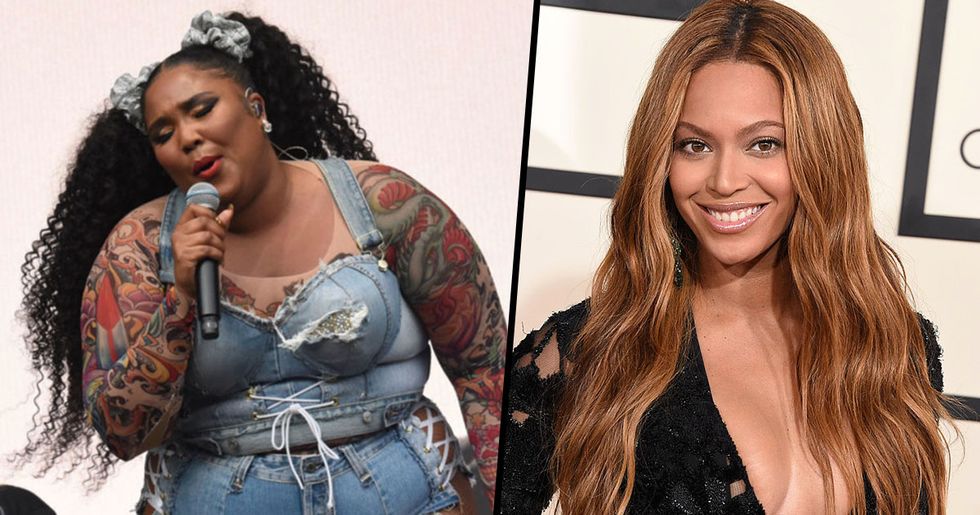 Beyonce Watching Lizzo Perform Is Every Single One of Us

The internet has already been blown away by her sets at the BET Awards and the VMAs. Lizzo was so good, in fact, that she made fans of A-listers like Rihanna and Queen Latifah. But her latest turn at the Philadelphia music festival showed that even Beyonce can't resist her charms.

This weekend was the Philadelphia Music Festival.

Jay-Z has long been associated with the festival and he made an appearance (and performance) there this weekend.

Lizzo also took to the stage on Sunday - in a typically amazing array of stagewear. Her set included all of her hit songs, including "Juice" and "Good as Hell," plus exceptional dance moves.

Maybe this performance is the start of a beautiful musical collaboration. We would love to see it. Keen to see more of Queen B. Keep scrolling for the jaw-dropping reveal of her natural hair.