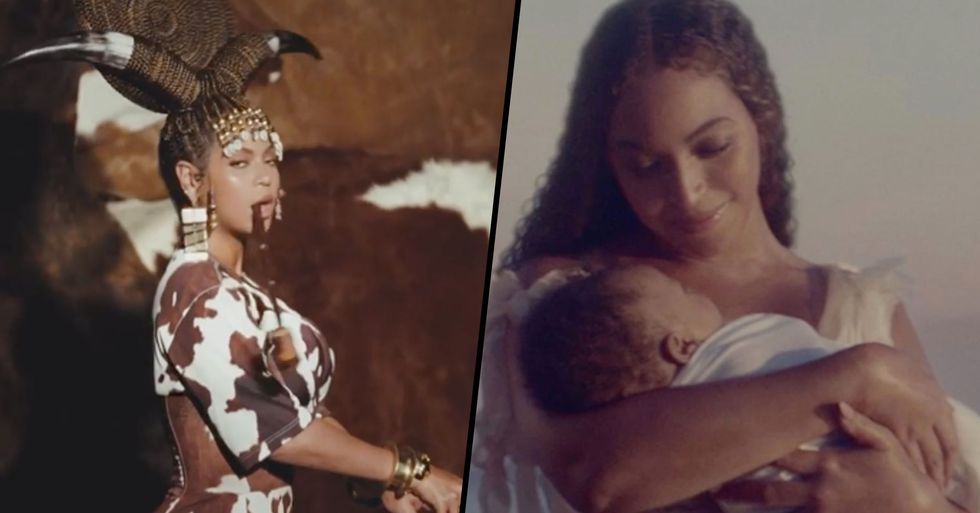 Beyonce is a global superstar that dominates the headlines usually for her achievements. But this time things have taken a dramatic turn. Beyonce's new music video "Black Is King" has been widely criticized - including by rapper Noname...

Beyoncé is the Queen of all our hearts.

But, recently, she's been under fire by fans and critics alike who were disappointed, not to mention outraged, by her new release.

Before her solo career, we all knew Beyonce from Destiny's Child.

The group brought us several smash hits in their time...

The singer went from strength to strength...

And, today, she stands as one of the most successful and iconic female artists of all time.

The power couple, who share 3 children together, got married in 2008 and, much to fans' delight, recorded a highly-anticipated joint album together called "Everything is Love" last year.

But there's one more thing the singer is known for...

The singer has been known to adopt aspects of African culture in her fashion choices in the past...

And she has even discussed her heritage in candid interviews.

It turns out that the singer has done quite a bit of research into her ancestry...

And she revealed that she recently discovered that her family line links back to slavery. “I researched my ancestry recently and learned that I come from a slave owner who fell in love with and married a slave," she said in a 2018 interview with The Guardian.

It was a lot for the singer to take in...

But she now believes that this ancestry is the reason she had her twins. “I had to process that revelation over time. I questioned what it meant and tried to put it into perspective. I now believe it’s why God blessed me with my twins. Male and female energy was able to coexist and grow in my blood for the first time. I pray that I am able to break the generational curses in my family and that my children will have less complicated lives."

But nonetheless, the singer has always been proud of her African roots.

And her latest video for "Black Is King" also reflected that.

The one-minute clip consisted of Beyonce "appreciating" her heritage.

From visuals to a stunning monologue, it seems as though the singer had carefully thought about this video before releasing it.

But it seems as though it did not sit right with many people.

While a lot of people commended her for it, others, mainly people from countries in Africa, were left outraged at her creative choices and the fact that the new movie was not actually going to be available in Africa.

And it's difficult for Beyonce to be accused of "appropriation" if she's black herself?

@Dimssoo But you wear wigs, whose culture is your wig appropriating Beyonce is black and does not need Ur permissi… https://t.co/HGeHuQUBeN
— Chizoba Adeola (@Chizoba Adeola)1593688494.0

This user lashed back at @Dimssoo claiming that Beyonce doesn't need "permission to express her blackness", which is also facts.

But it seems like a lot of people actually agree with the fact that Beyonce's got this all wrong.

This user also expressed how different Africa always seems to look on screens compared to what it actually is.

Here we have another similar response but this user thinks it is a common "African-American" problem.

Many Africans felt as though their culture is only used as a "vibe" or an "aesthetic" rather than an accurate representation of what country's are like.

Because of course, if you go into villages, you're going to see a drastic change compared to cities...

that beyoncé wouldn’t have done proper research for this visual album. the amount of black african creatives on her… https://t.co/Olkr0KMH0N
— témms (@témms)1593456679.0

And that works for all countries, so why are the ones in Africa treated any differently? I mean, I understand what Beyonce is trying to do as she explained on Instagram it was "a modern twist and a universal message, and what it truly means to find your self-identity and build a legacy."

But it also made a lot of people happy to see the Queen back on their screen.

We're also very excited to see what she's going to do with this visual album inspired by The Lion King.

But now rapper Noname has offered a new critique of the vid.

"we love an african aesthetic draped in capitalism. hope we remember the blk folks on the continent whose daily lives are impacted by u.s imperialism. if we can uplift the imagery i hope we can uplift those who will never be able to access it. black liberation is a global struggle."

She also retweeted this.

The difference between sentiment and action?

She shared articles that expand on this point of view.

"There is a real danger in romanticizing pre-colonial Africa. The glorification of kingdoms before white men met us erases the reality that Africa wasn't exactly a paradise. African kingdoms were rife with slavery, imperialism, women’s oppression and class oppression. Not everyone was a king or even a queen," the article reads.

"A person stripped from the village can indeed become more powerful than the village itself."

Noname finished with this.

Do you agree? Want more from Bey? Scroll on for a secret look at her natural hair...