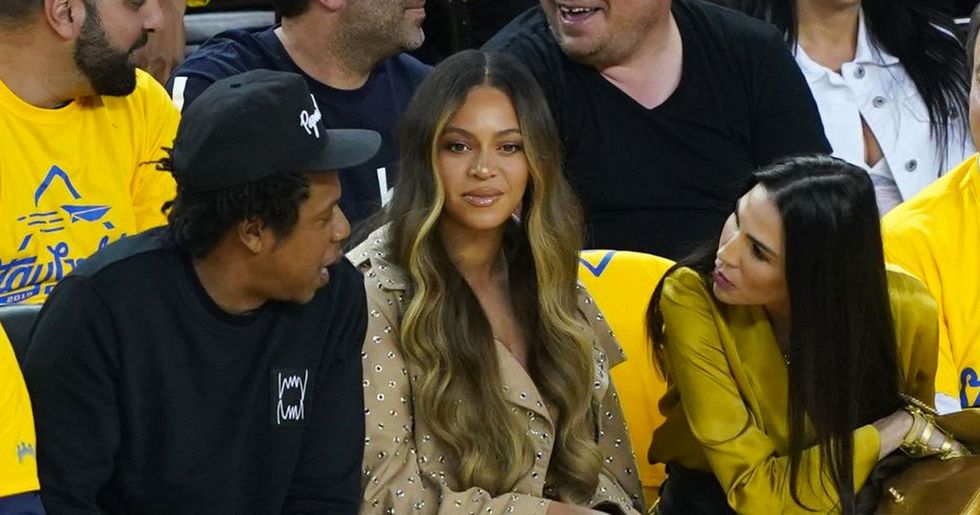 We can all raise our hands in admitting that we all sometimes get a little jealous when our other halves speak to someone else... right?

Well, it seems that our very own Queen B Beyonce is also guilty of that! Keep scrolling to check out the savage footage...

First things first, who doesn't know of Beyonce and Jay-Z?

One of the world's most iconic pop-stars, Beyonce Knowles, has been world-famous since making her debut with Destiny's Child in the late '90s. As well as being one of the most attractive women to ever walk this earth, her marriage to rapper, Jay-Z, since 2008 has made herself and her husband global phenomenons.

Their marriage has had its fair share of public highs...

Their last eleven years of marriage have been heavily documented upon in the showbiz world, and they have been the most talked about couple in Hollywood. Of course, there have been many ups, including the birth of Blue Ivy in 2012 and the more recent birth of twins, Rumi and Sir, in 2017.

But every marriage has its downs...

In 2010, Beyonce sadly suffered a miscarriage, describing it as "the saddest thing" that she has ever endured.

Then came the "Lemonade" Scandal...

Following the release of Lemonade in 2016, which included the single "I'm Sorry," speculations arose in regards to Jay-Z's infidelity with a mistress named "Becky".

But through thick and thin, the power couple are still going strong.

Despite the media drama over the last few years, Bey and Jay are powering through and are making their marriage indefinitely work.

It probably helps that they're the most Instagramable couple, ever.

Being married doesn't mean that there's no jealousy, however...

Despite being married for eleven years now, it's completely understandable that they might still get those little waves of jealousy every now and then.

It all happened at a very VIP date night...

The couple was spotted at the Golden State Warriors basketball game in Oakland, California last night on a husband-wife date night.

Of course they had this kind of date night...

The couple were sitting alongside the team's owner, Joe Lacob, and his wife, Nicole Curran.

And the internet has lost its mind over Bey's face.

The look on her face is absolutely priceless... Make sure to check out the full video at the bottom of the article!

Does anybody else get these feels when another woman leans over you to try and chat to your man?

This moment was captured when Nicole Curran leaned over Bey (the nerve!) to chat to her hubby Jay-Z; and Bey doesn't look best pleased.

We mustn't jump to conclusions, however.

Despite the total shade that Bey has just thrown, it's important to remember not to jump to conclusions that the marriage is in turmoil straight away. Perhaps she didn't appreciate being interrupted. Or maybe was simply just bored of the chit-chat.

But that ain't none of my business...

Whatever it is that has ticked off our Queen Bee, it's nobody's business but her own. Even though we're absolutely living for the Twitter uproar that's going on right now...

There were a lot of Lemonade references.

The anonymous "Becky" has been referred to a handful of times on social media, and it doesn't seem to be slowing down.

This is getting a bit old now, guys...

I'm sure that Bey isn't going to dwell on the situation; at the end of the day, it isn't very nice to be lent over at a loud basketball game - is it?

Take a look at the full video.