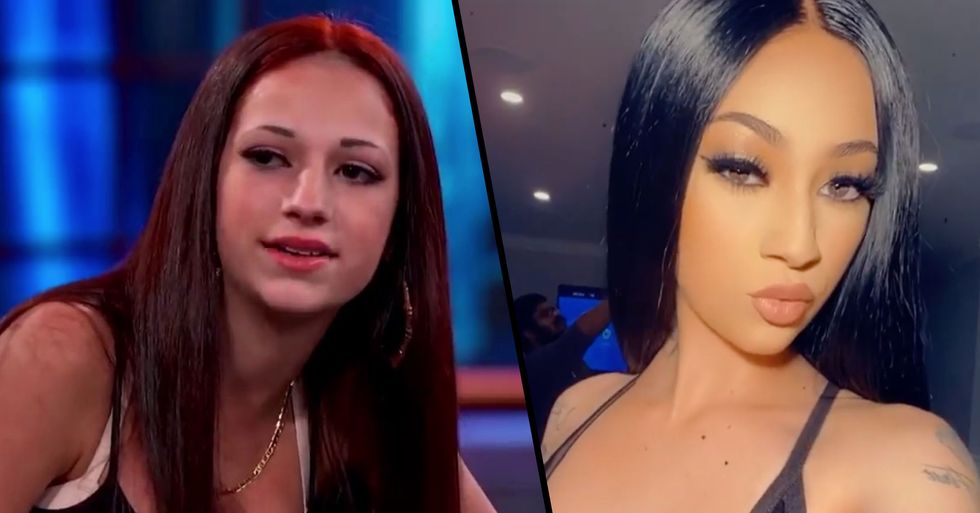 Bhad Bhabie Accused of 'Blackfishing' in Her New Instagram Posts

With the advent of the internet, came strange new ways to earn viral fame. Consider everyone's favorite out-of-control teen, Danielle Bregoli. She rose to fame after a stunning appearance on Dr. Phil went viral, coining her a memorable catchphrase, "cash me ousside, how 'bout dat." Since the appearance, Bregoli has managed to make a musical career for herself under the moniker, Bhad Bhabie. But controversy is never far behind her - and her latest social media post has the whole internet outraged.

Bregoli rose to fame after a simply amazing appearance on Dr. Phil. The feature was about out-of-control teenagers, and Bregoli certainly lived up to that title.

But controversy has never been far from Bregoli.

And her latest social media move has the internet feeling annoyed.

She recently posted a whole bunch of videos to her Instagram.

And fans quickly noticed something strange.

... Mostly because she looks like a completely different race.

It is pretty shocking.

And, obviously, the internet did not hold back.

Here are some of the comments.

Emotions ranged from confused to amused to angry.

Some jokes were made.

Wow, they really do grow up so fast!

Blackfishing is actually a pretty problematic issue - and not something Bregoli should want to be associated with.

Although it didn't seem like she was too concerned.

In fact, Bregoli just seemed thankful for the attention!

She also posted this response.

Thanking the few fans who did choose to stand up for her.

And made this final address to the issue.

Does the world have bigger fish to fry right now? Want to learn more about the complicated issue of blackfishing? Scroll on...