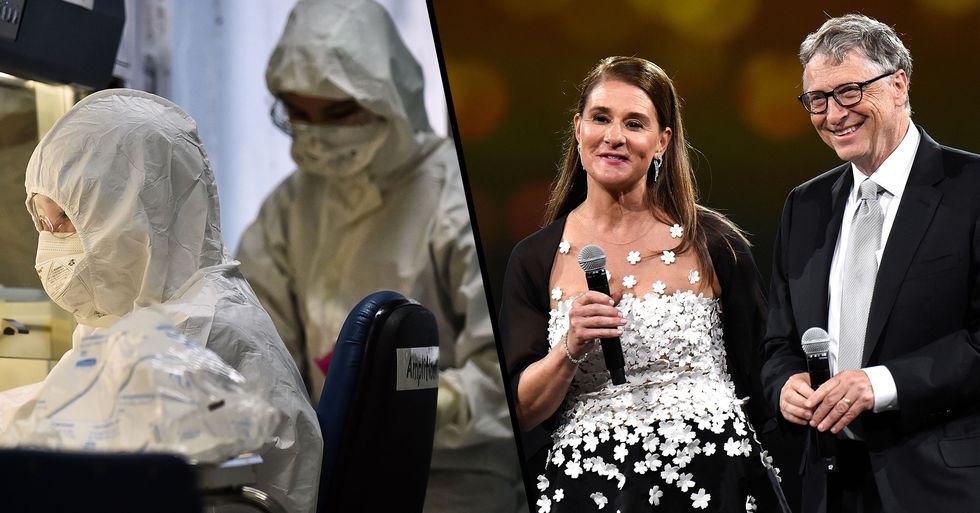 But it has now emerged that a lot of money to help develop a vaccine has been donated, including from Bill and Melinda Gates.

But Ma isn't the only generous soul who has donated towards the cause...

The Microsoft software founder is one of the richest people in the world, with him being worth around $110 billion.

He and his wife have a lot of money to spare...

And they have decided to help towards the research behind the development of a coronavirus vaccine.

The couple have donated a staggering $100 million.

Their money has gone to the coronavirus vaccine research and treatment efforts, which was announced as part of the World Health Organization’s (WHO) request for $675 million in global contributions to fight the spread of the disease.

This is because only 190 cases of the coronavirus exist outside of China, meaning officials are hoping to regain control of the spread of the virus.

$675 million is a lot of money, but it’s much less than the bill we will face if we don’t invest in preparedness now during the window of opportunity we have," Ghebreyesus explained.

All we can do is hope that these generous donations will start to make a difference...

Make sure to stay tuned for updates on this developing story.
20%