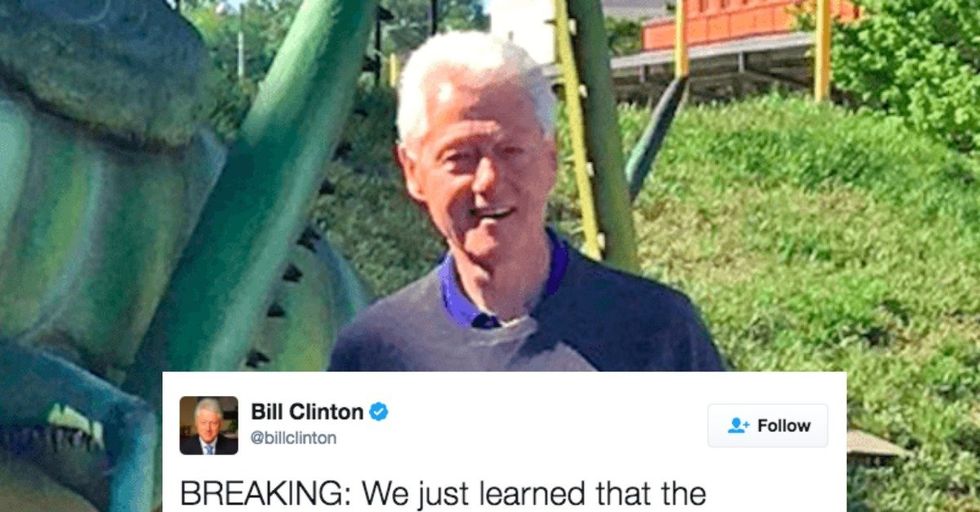 Former President Bill Clinton was hanging out by the new "Xtreme Bugs" installation at the Clinton Center in Little Rock, Arkansas, when it dawned on him to use it as an opportunity to get a jab in the current president.

You can see why below:

Obviously this refers to all of those times Trump kept insisting that Obama wiretapped Trump Tower.

It's also a corny yet laughable dad joke, proving you can run a country and still get a kick out of a terrible pun. So far there's been no response from The Donald, but man would we like to be "flies on the wall" when he sees it...