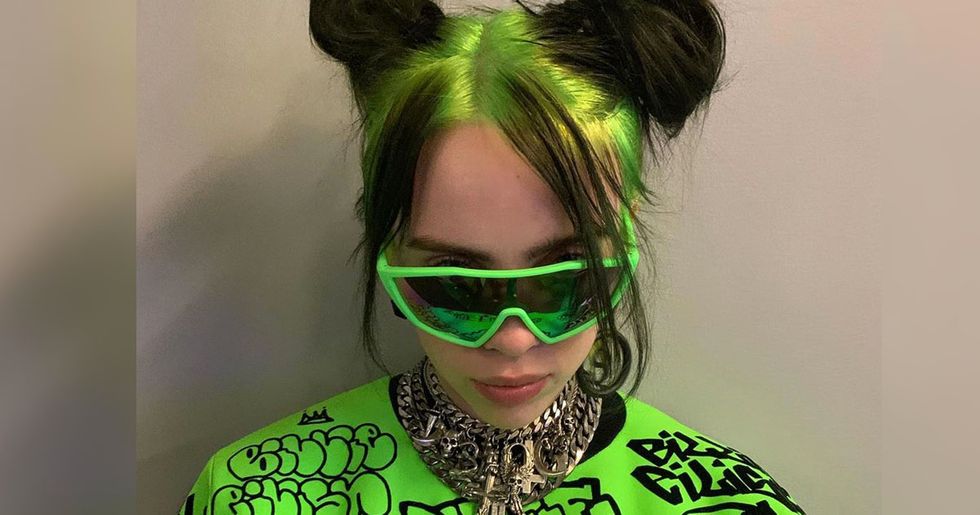 Billie Eilish is well-known for making surprisingly innovative and cool music, alongside her notoriously crazy image. No item is too brightly colored, explicitly branded, or oversized for the singer and she certainly isn't one to shy away from a head-turning ensemble.

But, the star has stepped out looking very, well, un-Billie Eilish.

Keep scrolling to see the pictures.

She's been writing and creating her own music since she was incredibly young, and has risen to fame with huge hit album When We Fall Asleep, Where Do We Go? earlier this year.

And that only helped her fanbase grow stronger. The seventeen-year-old singer is well-known for her catchy beats and dark lyrics. Despite being so young, it seems as if she has already cemented her position within the music industry.

She doesn't dress like your typical seventeen-year-old-girl, that's for sure.

She donned silver hair for some time.

She then swapped it for pastel blue...

Once again, this was another style that she held for some time.

She's also been partial to a darker blue too...

Just like her fashion sense, her hair is never boring.

More recently, she changed up her locks for something more head-turning.

The singer has been sporting neon green roots. It's certainly a statement.

But this week, the singer stepped out looking quite different.

Her new look has been shocking fans because it's so, well, normal.

For her new music video for "Xanny," the star donned a very un-Eilish look.

She swapped her baggy streetwear and neon green roots for an oatmeal turtle kneck and plain old brown hair.

The makeunder was seemingly her own idea.

The star revealed on Instagram that she directed the music video herself.

Check out her brand new look below:

It's quite the change, isn't it? Recently, the star revealed the reason why she dresses the way she does and it's pretty shocking. Keep scrolling to learn more.