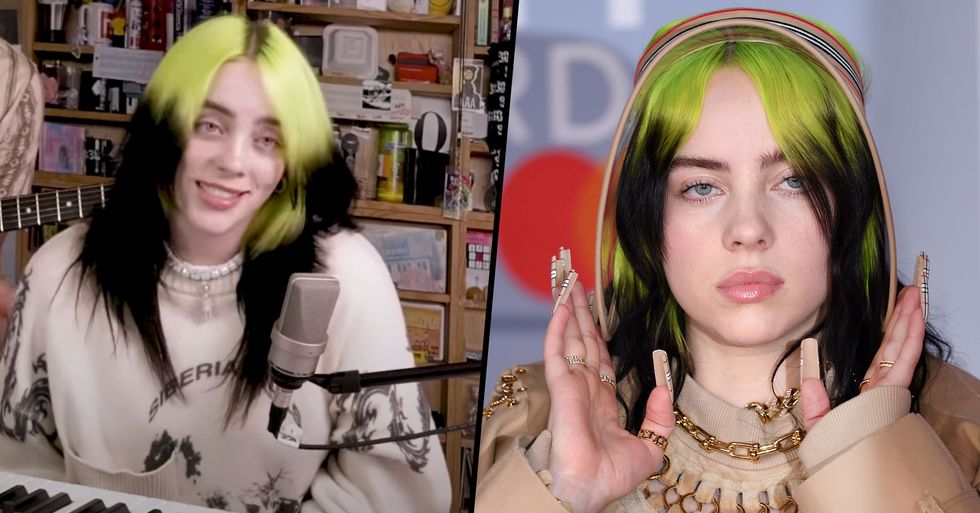 Billie Eilish has a pretty badass style- nails included. So when she performed without her long acrylic nails, fans were pretty freaked out.

Her nails have really got fans talking, and not for the right reasons...

Over the past few months, due to the current pandemic, many businesses had to close.

Including salons and nails shops.

Leaving many of us without our regular beauty treatments.

Long hair and split ends are a big thing.

Our nail beds were singing after finally being free.

And we discovered our natural nails again after years.

After she ditched her long acrylics for a performance.

And left fans completely freaked at seeing her natural nails.

Not to mention her super long acrylic nails that she is almost never seen without.

The length is so long that many of us would never dare, but one thing is for sure, that her hands sure are recognizable.

Billie's nails are so much of a statement that when she shared a video concert recently...

The lack of them was instantly noticed by fans.

In her performance "A Tiny Desk Concert" released on YouTube, her long nails are noticeably missing.

This is understandable, as she is playing the piano, and it must be much easier with her short natural nails.

But the difference has left some fans shaken.

After all, her nails have always been part of who she is.

You can watch the video here...

For more on Billie, scroll on to find out how she expertly shut down people using the phrase "all lives matter."