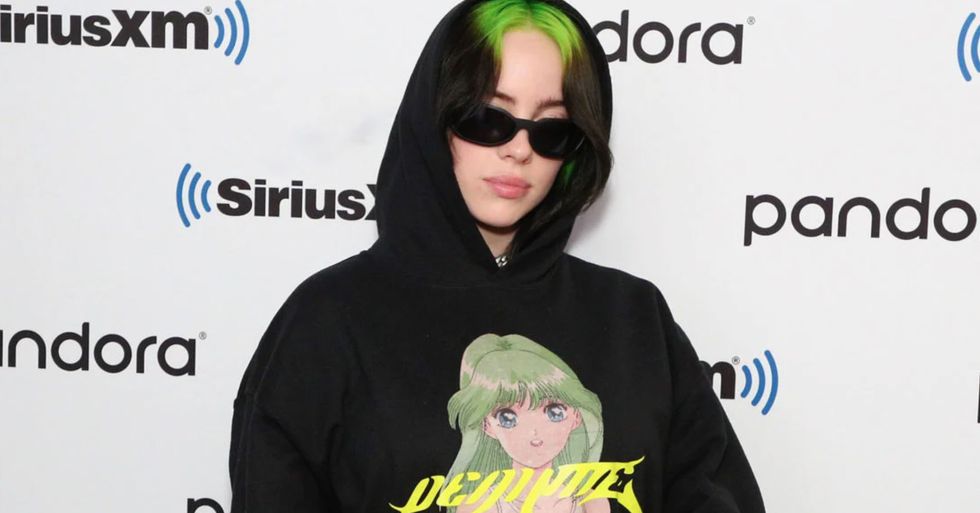 Billie Eilish has made her stance on showing off her body pretty clear - something she expresses through her unique fashion sense.

Although it seems this week, the singer has decided to show some skin - posting a powerful spoken word video in which she reveals her body.

She's conveying such an important message. Keep scrolling to watch the video...

The singer had decided to bare all in a spoken word video to make a powerful statement.

The video was initially showcased during the interlude of her concert...

In the video, Billie can be seen standing in an over-sized black sweater.

Billie then starts to slowly remove layers of clothing.

“The body I was born with – is it not what you wanted? If I wear what is comfortable, I am not a woman. If I shed the layers, I’m a slut. Though you’ve never seen my body, you still judge it and judge me for it. Why?"

"If I wear more; if I wear less, who decides what that makes me? What does that mean?"

The video is drawn to a close with the simple questions: “Is my value based only on your perception? Or is your opinion of me not my responsibility?"

It's a truly powerful statement, and it's fantastic to see Billie taking ownership and control of her own body. While on the topic of powerful women, keep scrolling to read the stories of the fifty most iconic feminists…