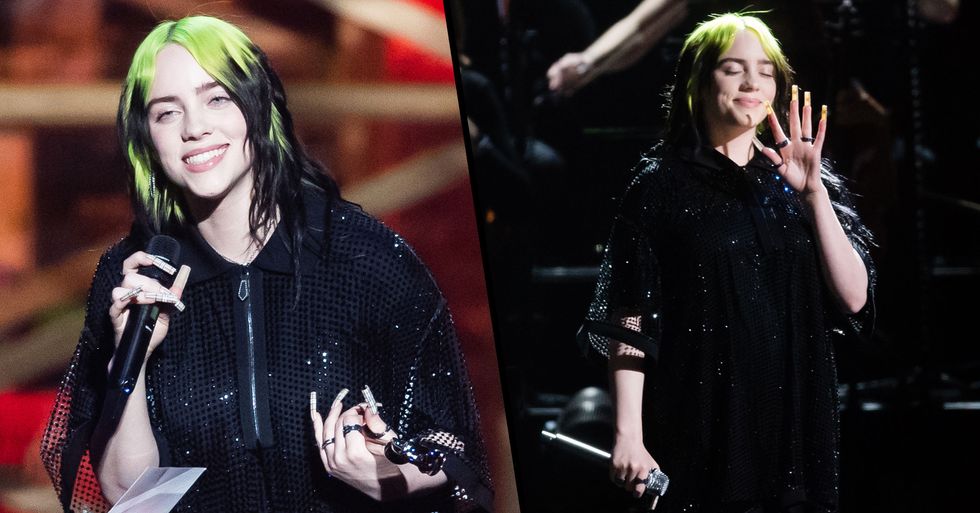 Billie Eilish's Full Name Proves She Was Destined for Greatness

Billie Eilish has dominated the past twelve months of the music industry. And it seems her name might have been a predictor of her musical success...

Billie kicked off her Where Do We Go world tour in Miami last night where she premiered a powerful video about body shaming.

The video was showcased during the interlude of last night's show...

And now some fans have come up with an interesting Eilish theory...

So, Eilish's full name is Billie Eilish Pirate Baird O’Connell. What a mouthful! Obviously, she chose her first 2 names as her stage persona.

But one of her middle names has attracted a lot of attention.

No, not pirate. Baird. According to ancestry.com, Baird is an "occupational name from Gaelic bàrd," meaning "poet" or "minstrel."

So it looks as though Eilish was destined to make sweet music!

Is it just a coincidence? Well, probably. But still - quite weird, right? Fancy more from Billie? Scroll on for the frightening results of her breaking her signature nails...