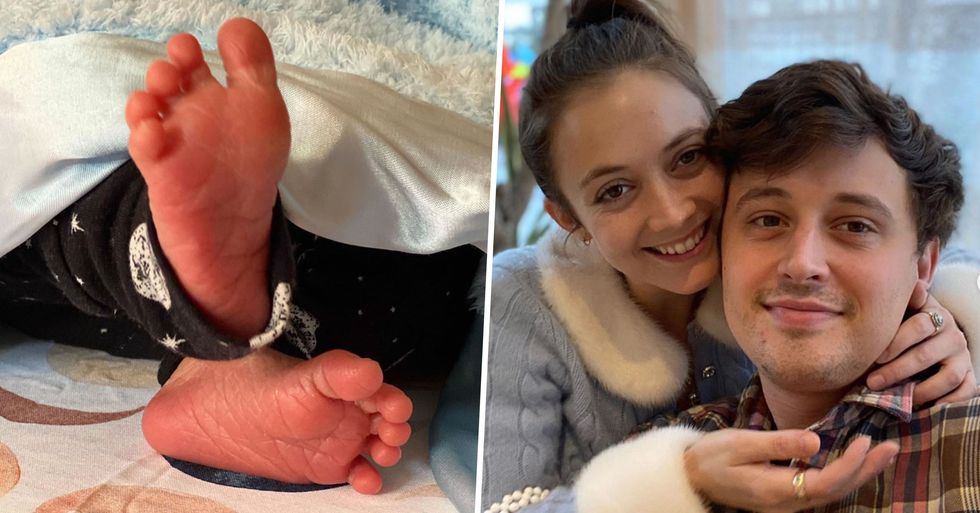 Fans have been left in shock after Billie Lourd announced the birth of her first child yesterday. But the name she picked has broken everyone's heart...

The twenty-eight-year-old left fans speechless after announcing the birth of her first child... that no one knew she was having in the first place.

The star took to social media to make the shock announcement.

But fans noticed one specific detail about the heartwarming news.

Billie also revealed the name of her first child.

And fans literally couldn't contain themselves.

For those who don't know, Billie is the daughter of the Star Wars legend, Carrie Fisher.

As well as the only grandchild of actress Debbie Reynolds.

Following Carrie's untimely death in 2016, Billie has made sure to keep her mom's memory alive.

And it's clear the pair were extremely close.

"This is my 4th Mother’s Day without my Momby and days like today are never easy, but I’ve found that doing things that make me feel more connected to her make it a little easier - watching her favorite movies, listening to music we listened to together, looking through old pictures and my personal favorite - eating + drinking things she loved."

Billie even stepped up to play her mom in Rise of Skywalker .

According to EW, Billie stepped in for her mom and played her in a flashback scene. The visual effects team then replaced Billie's face with archival footage of Fisher, taken from the original trilogy.

Speaking to Yahoo Entertainment about the scene, Tubach explained: “Billie was playing her mother. It was a poignant thing, and something that nobody took lightly — that she was willing to stand in for her mom." “It felt great for us, too. If you’re going to have someone play [Fisher’s] part, it’s great that it’s [Billie] because there are a lot of similarities between them that we were able to draw from."

Billie has gone on to follow in her mom's footsteps...

As well as being cast in the Fox horror-comedy series Scream Queens.

The star first started dating actor Austen Rydell in 2016, but, after a brief breakup, by 2017, they were back together.

Since then, things only started to heat up between the pair...

And by 2018 they went public with their relationship.

In late June, it was announced that Billie and Austen got engaged.

And now, it seems they've took the next step in their relationship.

Instagram was sent into a complete and utter frenzy yesterday when Billie announced the birth of her first child.

Nobody even knew she was expecting a child, so, as you can imagine, fans went crazy.

Billie revealed that the pair had welcomed a son.

And after revealing the name to fans in a heartwarming announcement post, comments flooded in after fans noticed a key detail.

Billie opted for the middle name "Fisher" in honor of her mom. Could this get any cuter?!

For more celebrity baby names, scroll on to find out why the internet is baffled over Ed Sheeran's daughter's name...