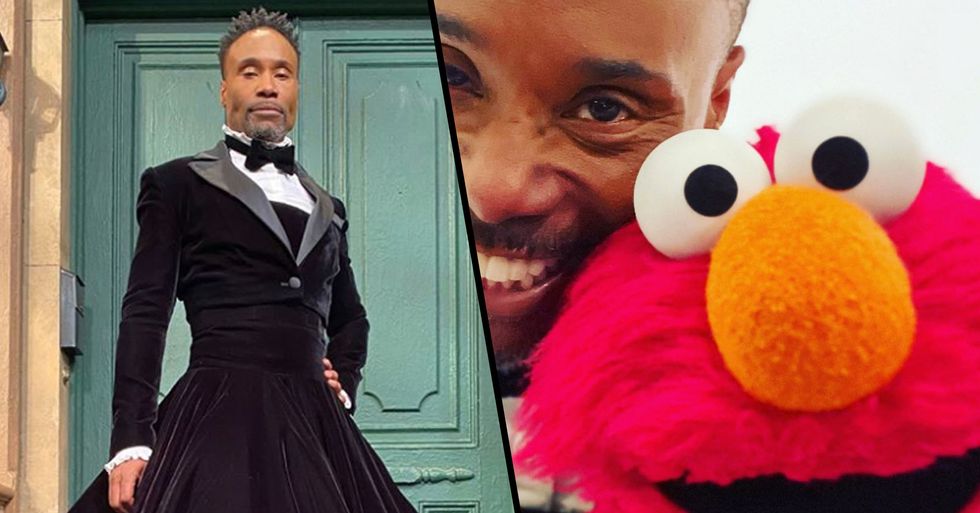 With his recent history-making Emmy win and of course, that Oscars tuxedo gown, the star has been hitting the headlines more than ever in recent months.

And now it looks like Porter has bagged another huge gig, appearing in an episode of Sesame Street.

His casting highlighted a huge message, but of course, some people are less than impressed...

The fifty-year-old first achieved fame by performing on Broadway. Most notably, he played Lola in Kinky Boots.

His role in the popular musical earnt him a Tony Award.

Pose focuses primarily on New York City’s African and Latino LGBTQ communities. Set in the 1980s, the show follows several queer characters in their journeys to becoming who they want to be

With the show already paving historic paths of its own, it was amazing to see it being recognized at this year's Emmys.

His looks never fail to make the headlines.

He appeared on an episode of Sesame Street wearing his iconic tux-dress.

And the message behind his appearance is just as iconic as his dress...

The star hoped to promote love and inclusivity with his childhood heroes.

However, not everyone was impressed...

One Million Moms, one of the most pointless organizations on the planet, decided to call him out for it. And obviously, it wasn't anything constructive or nice...

"PBS recently announced that Sesame Street will feature a drag queen activist wearing a gender-bender tuxedo gown in one of its episodes this year," they wrote on their website.

“PBS KIDS should not introduce the LGBTQ lifestyle to young children," they wrote, claiming that PBS should not use taxpayers’ dollars to “indoctrinate children to the LGBTQ+ lifestyle."

Despite all the ignorance from the site, Billy Porter decided to respond with empathy.

"One of the highlights of my life has been the opportunity to sing on the set of @sesamestreet with my new pal, Penelope the penguin."

"Together, we sang about the possibilities of new friendships with those who may not be exactly like us. I know people are all up in arms about me wearing the gorgeous custom @csiriano tuxedo dress that I wore at @theacademy awards in 2019 for the upcoming season. If you follow me, however, you know the impact it had."

He even called out One Million Moms directly:

"The emails, DMs, and messages of goodwill I received that day (and continue to receive) from parents and their children who have been bullied all over the world and desperately need to see someone like me, being their authentic selves on mainstream media, is far more important than anything #onemillionmoms could ever say. Friendship, kindness, and inclusivity shall triumph. And often, it simply starts by saying hi."

This isn't the first time people had a problem with his appearance.

Before this scandal, Billy was subjected to torment from Republican Arkansas Senator Jason Rapert who wanted Arkansas to pull its funding from PBS, saying that they're constantly “promoting the LGBT agenda." Oh, grow up!

However, people couldn't help but commend him for his words...

Lily Aldridge, a supermodel, commented on the post saying: "Verified I love this so much and can’t wait to watch your episode of my favorite show."

And if you're in the mood for more Billy Porter news, keep scrolling.

Read more about why his Emmy win was so iconic.
20%