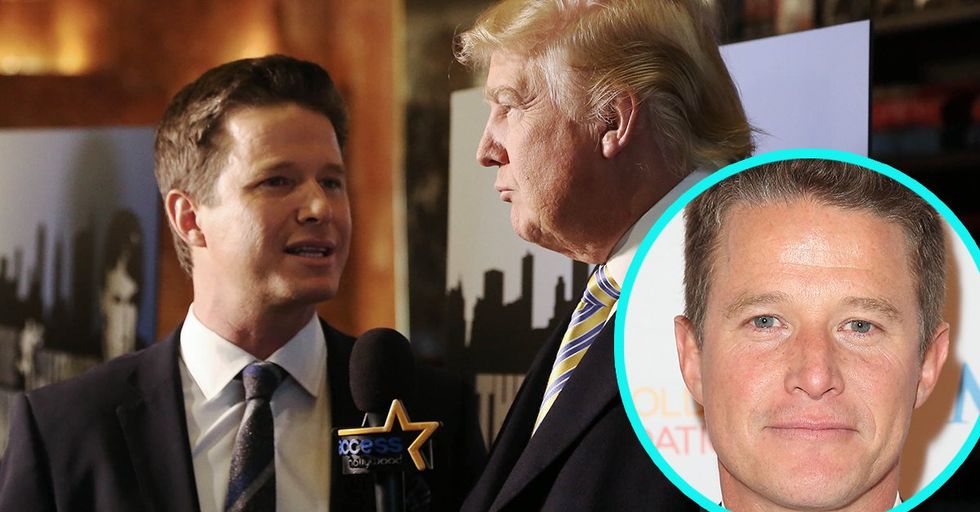 Harken back to the halcyon days of October 2016.

It was a heated time of politicians saying heated things. The presidential race was on. Donald Trump called Hillary Clinton "crooked Hillary." Clinton rebutted by calling him "The King of Debt," and reminding voters that all his businesses ended in Chapter 11. There was that whole "basket of deplorables" scandal. It was a glorious, frustrating time to be alive.

Why? Because, against all odds, it seemed that Donald Trump, the oligarch from Manhattan who became uber-wealthy off a modest "million dollar loan" from his father, was winning.
People could not fathom it. Here was a man who routinely spouted racist, sexist and derogatory commentary that offended even his staunchly-supportive base. Here was a man who was decidedly not religious being applauded by evangelicals and all manner of devout Christians. Here was a man married to a foreign wife who had appeared in soft-core porn. And Republicans seemed to love him. Then came "grab 'em by the p*ssy."
The tape, which surfaced on October 8, 2016 saw the future president extolling his  prowess lewdly on a hot mic while then-Access Hollywood host Billy Bush urged him on. In the audio, Trump discussed his failed seduction attempt of a married woman, saying, "“I moved on her like a bitch, but I couldn’t get there. And she was married."
When Bush replied by saying this of Arianne Zucker, the actress escorting them into  set – "Your girl’s hot as s---, in the purple" – Trump's comments ramped up. "I just start kissing them. It’s like a magnet. Just kiss. I don’t even wait... And when you’re a star, they let you do it. You can do anything. Grab them by the p---y, you can do anything," Trump said.
The fallout was immediate, with people from all factions, including Republican leaders, asking for him to step down. Trump remained defiant in the face of opposition, issuing a short video statement saying, "I said it, I was wrong, and I apologize," and " I’ve said and done things I regret, and the words released today on this more than a decade-old video are one of them."
Once he got elected president however, his tune changed, and he denied he'd ever said the words – a claim Billy Bush, who'd lost his position as a Today show co-host firmly refuted.
Now, Bush is back in the media spotlight with further commentary on the matter. In an interview with People, Bush said that he's spent his time learning about gender-based violence. "There is a term for what I did," Bush said. "It’s called bystander abuse. It says by not doing anything you are endorsing the moment. I have to live with that."
According to Sara McGovern, the press secretary for RAINN (the Rape, Abuse, and Incest National Network, while "only person responsible for committing sexual assault is a perpetrator," it’s also true that "all of us have the ability to look out for each other’s safety. Anyone who practices bystander intervention can help prevent sexual violence, whether they’re stepping in to confront inappropriate behavior or simply explaining that joking about sexual violence is offensive and unacceptable."
Elizabeth Boyle, a state organizer with the advocacy group Know Your IX, agrees.

I think bystanders are an integral piece in trying to combat gender-based violence... [Bush’s statement] touches on how much power dynamics are involved in someone not intervening. For bystanders, it is so important that they chime in even if they are afraid of the power dynamic present, because if they don’t, someone will be harmed. [A lack of bystander intervention] is abuse. If you are standing by and see or hear someone harming another person and you don’t do anything about it, you are complicit. When you stay silent, you are hurting someone.

To wit, Bush, by not only listening to Trump, but also actively participating, was also culpable for the words that were said that day.
While woke Billy Bush is all good and well, the cynic in us can't help but think that this is part of a mass "make Billy cool again" campaign, which he will abandon the moment he gets back to his old seat of power at NBC, or whichever company he lands at. For now, though, it's nice to hear Billy Bush of all people spouting phrases like "bystander violence." Makes you almost think he might have changed his ways. Almost.