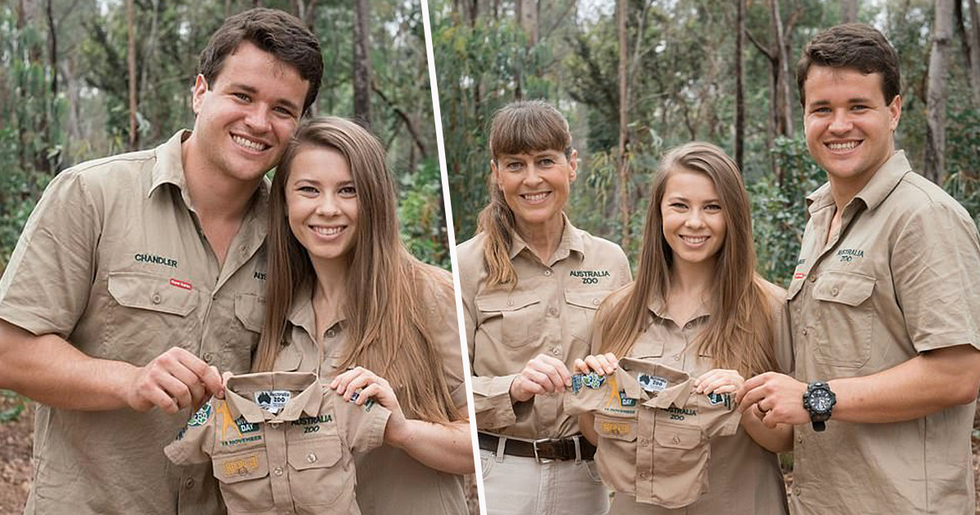 This month, Bindi Irwin revealed that she and her husband, Chandler, are expecting their first child.

Understandably, the internet has gone into full meltdown since the news broke, but now some exciting rumors have circulated about a new reality show...

News came in this month that beloved Bindi Irwin is pregnant.

The world has been in awe of Bindi for a number of years now.

She seems to be really enjoying her pregnancy.

But the latest news on the subject has some feeling excited!

The Irwin family are so special.

And the internet is excited to see it expand!

With Bindi's latest post proving how united every generation of the Irwin's truly are ...

Sadly, Steve Irwin passed away in 2006 from a stingray attack while filming in the Great Barrier Reef.

The couple had yet another exciting announcement.

Yep, Bindi took to Instagram this week to reveal that she is pregnant with her first child.

Which is the official Steve Irwin Day in Australia.

Which has her nearest and dearest feeling emotional!

Here was her beautiful caption.

As it's been reported she's in talks to film a reality TV show documenting her pregnancy...

There are very few details on the project, but we're feeling excited!

Want more from the Irwins? Scroll on ...